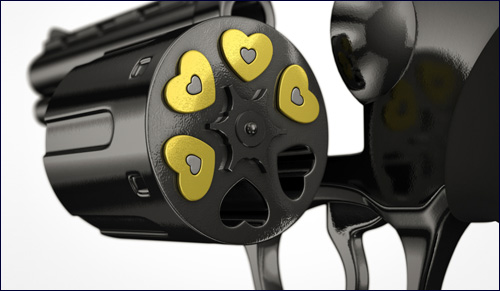 Israelis respond to grief and pain by actively working to make some little corner of their world a better place.

The murderous terror that swept Paris on Friday is all too familiar to Israelis, and Israel has developed multiple strategies for dealing with such attacks. But the most remarkable aspect of Israel’s response to terror is not its intelligence or military capabilities, important though these undoubtedly are. It’s how the victims’ families and friends cope with their grief and pain. One might think this would vary widely from individual to individual. Yet one particular response has become so common that it has practically achieved the status of a norm: commemorating the victims by launching some concrete project to make Israel a better place.

A classic example was coincidentally highlighted by last week’s General Assembly of the Jewish Federations of North America. A commercial supplement produced in honor of the gathering by Haaretz detailed various federation-supported projects, including one called Nirim in the Neighborhoods that seeks to rehabilitate juvenile delinquents by means of wilderness therapy. What caught my eye was how this program got started: It was founded by a group of Israeli naval commandos to commemorate one of their comrades, Nir Krichman, who was killed during a counterterrorism operation in the West Bank in 2002. The program was subsequently adopted by the entire unit, and to this day commandos regularly accompany the teenage participants on the wilderness treks that constitute the therapy’s key element. Thirteen years later, Nirim claims that 95 percent of its 300 graduates have successfully turned their lives around and extricated themselves from poverty.

The story of Nirim’s founding is far from unique. The Koby Mandell Foundation, for example, was established by Koby’s parents after the 13-year-old was murdered by terrorists in 2001; it runs programs to help traumatized siblings of terror victims. The Malki Roth Foundation was established by Malki’s parents after the 15-year-old was murdered by terrorists that same year; this organization, inspired by Malki’s devotion to her disabled sister, helps families care for special-needs children at home. The Benji Hillman Foundation, which assists lone soldiers, was started by Benji’s parents after he was killed fighting in the Second Lebanon War of 2006; it was inspired by his concern for lone soldiers in his own unit. And the list could go on.

Faced with terror, Israelis have overwhelmingly chosen to build rather than destroy.

Nor are social-service organizations the only form of commemoration. When Jonathan Einhorn fell in the Second Lebanon War, for instance, his parents chose to commemorate his love of the land by building a public park filled with native Israeli flora. After Gilad Shtokelman fell in the same war, his parents decided to build their small community’s first synagogue in his memory.

The projects are as diverse as the individuals they commemorate. But they all have one thing in common: the desire to honor a loved one’s life by leaving Israel a better place than they found it.

This approach differs markedly from the standard Palestinian response when loved ones are lost due to the conflict, especially if the “victim” died committing a terror attack against Israelis. All too often, the response has consisted of publicly urging fellow Palestinians to murder more Israelis – like the father of suicide bomber Sa’id Khutari, who responded to his son’s murder of 21 Israelis at a Tel Aviv nightclub in 2001 by proudly declaring that he’d be happy if all his sons became suicide bombers. For people like Khutari’s father, the evident priority is not building Palestine, but tearing down Israel.

Yet the Israeli approach also differs from the demonstrations and candlelight vigils that have become Europe’s default response to terror. Such demonstrations and vigils obviously do no harm, but neither do they do much good: Despite involving masses of people, they ultimately fade away without a trace.

Israelis, however, have repeatedly taken the third option: responding to grief and pain by actively working to make some little corner of their world a better place. And that’s precisely why Israel, against the odds, has become the thriving country it is amid a region that is falling apart. Faced with terror, Israelis have overwhelmingly chosen to build rather than destroy. And they have thereby chosen life.

Reprinted with permission from Commentary Magazine.

A Soldier and an Old Woman
It Takes A Lot Of Faith To Be An Atheist
How Instagram Brought Back This Nostalgic Soup
What Makes Eli Run?
Comments
MOST POPULAR IN Israel
Our privacy policy