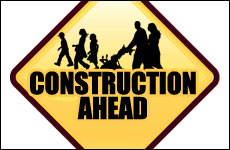 The delicate art of building our children's confidence.

“Can I help?” My two-and-a-half year old made her appearance in the kitchen as I was serving lunch on Shabbos.

I chose to take advantage of the propitious training opportunity and reached for the small plate of pickles. She, however, had her eyes set on the schnitzel that I was neatly arranging on a china plate. My hesitation went unnoticed before I acquiesced, confident in my husband’s presence at the head of the table, only a few feet away from the kitchen. I placed my daughter’s chubby hands at just the right angles around the plate and gently prodded her in the direction of the dining room, expecting my husband’s usual outstretched arm (and bated breath) to finish the job, and began slicing the kugel.

Moments later I glanced at the table, guests and all, and wondered where my special helper went. I found her behind my husband, (who had apparently been distracted and had not noticed my daughter’s grand entrance) sporting an empty plate and a very sorry-looking face. My delicately cornflake-crumb-coated honey mustard cutlets were in a heap around her feet, the crumbs scattered in every direction. I chuckled at the archetypal scene.

Only a moment too late, I realized the ramifications of my thoughtless response. I was instantaneously overcome by a tidal wave of motherly guilt for displaying amusement in the face of my daughter’s shame. Yes, it was certainly better than exploding in a fit of rage, but it was far from being the proper reaction.

I sometimes forget how much power truly lies at my fingertips… and tongue.

I immediately tried to rectify my wrongdoing. I gingerly took the plate from her hands, and together we picked up the pieces and replaced them onto the plate. Then I squared my shoulders, and (gasp!) served my crumb-less schnitzel to the consternation of all seated. My daughter, however, was relieved.

Then, after sweeping the crumbs, I asked her if she would like to try again and serve the kugel this time. She looked uncertain as she said, “But I’m going to drop it.”

My heart fell to the floor, mingling with some stray schnitzel crumbs. “Michal, you are my special helper and you do a fantastic job serving. Sometimes, though, we all make mistakes….even Mommy. Come, let’s try again.”

I handed her the plate of kugel and urged her on, lingering closely behind, heralding a clear announcement of our arrival. My husband took his cue, and my daughter scored her glorious touchdown. I heaved a sigh of relief as we cheered, returning her self-esteem to its rightful place.

As our beautiful meal continued, I couldn’t help but rehash the episode in my mind. How could I have been so callous and insensitive? Had one of my guests dropped the plate, I never would have snickered!

It occurred to me that I make similar mistakes all too often…mistakes that so many of us parents overlook. How many times do we reprimand our rowdy children in the supermarket… just loud enough for the cashier to hear so that they don’t consider us “careless” parents? What about the sarcastic remarks we mutter while righteously avoiding an uncomfortable confrontation? A mother’s “clever wit” may very well result in the crumbling of the bricks with which we try so hard to build our children’s confidence.

Etched in My Memory

When I was in the third grade, my parents informed us that we would be taking a couple of weeks off from school to visit my grandfather in Montreal. I was thrilled and looked forward to our upcoming “vacation”. When I apprised my teacher of my forthcoming extended absence, she asked sternly, “Will this time off incorporate any particular good deed?” I confirmed that it certainly would, because I was going to visit my grandfather, whom we haven’t seen in quite some time.

It was pre-dawn when we entered the elevator, shlepping our luggage behind us, heading downstairs to meet the taxi that would transport us to the airport. “Well…” my father began, a sly grin spreading across his face. “Mommy and I have a BIG surprise for you, kids! Here we come, Disneyworld!” It didn’t matter that we packed sweaters and snow boots for our getaway; we were utterly ecstatic.

Well, suffice it to say, we had a blast basking in the artificial glow of everything Orlando had to offer. We even went to Miami for a few days, and, on one occasion, visited a distant cousin who was not well. I had the time of my life.

When I finally returned to school, my teacher once again called me over to her desk. “Malky,” she began, an authoritative twinkle in her eye. “I don’t know many people who tan so nicely in Montreal.”

Her comment stung. I could feel the distinct flush of heat rise to my cheeks, as my esteemed teacher waited for a response. “I… I went to Florida.” I whispered to my shoes.

There aren’t many things I remember from the third grade, but her derisive comment remains etched in my memory.

“Oh.” Clearly, she wasn’t sure whether to send me to the principal’s office or the therapist. She pulled herself together enough to ask, “Well, did you manage to do any special deeds while you were in Florida?” For the first time, I was grateful for that lackluster visit to our cousin. I told her about it, and all was well.

There aren’t many things I remember from the third grade, but her derisive comment remains etched in my memory. What’s interesting to note is that had the same comment been made by a friend, I would have laughed. It was funny, after all. And now, decades later, the story is filed away in the “comic” section of my colorful past. But at the time, it caused me to admire my teacher just a wee bit less than before, building an invisible barrier between us.

I think back to that day and wonder… if one small comment from a teacher, which wasn’t even particularly derogatory, can worm its way so deeply into my memory , what about the tactless comments I make as a mother to my children? I sometimes forget how much power truly lies at my fingertips… and tongue.

As I dug into my recycled schnitzel, I glanced at my proud little helper and silently prayed that next time I catch myself before the blunder. Then, I savored every last bite.

Malky Frohlich is a free-lance mother who writes when her kids aren’t looking.

What Ever Happened to Respecting Our Elders?

Purim and Our Children’s Super Powers

The Stolen Hour
Vegetarian Stuffed Peppers
Lessons from the Book of Jonah
Where Are We? The Body, Brain, Soul Problem
Comments
MOST POPULAR IN Family
Our privacy policy
Aish.com Is Looking for Great Writers