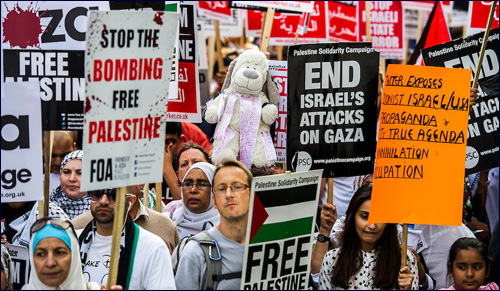 It’s time to rock the boat and stand up to the alarming increase of British anti-Semitism. 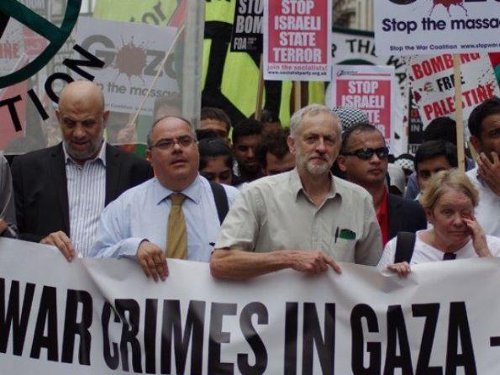 Ten years ago, I was accused of pandering to hysteria when I praised Melanie Phillips’ groundbreaking book, “Londonistan,” detailing the alarming growth of anti-Semitism in the U.K. and predicting further deterioration unless the British government drastically altered its approach.

The Anglo-Jewish establishment has frequently been referred to as “trembling Israelites.” They were “shtadlanim” (court Jews) who, to quote a former president of the Board of Deputies of British Jews, crafted a policy based on “Why must one shout when a whisper can be heard?” Their overriding concern was to avoid rocking the boat by minimizing public protest wherever possible.

Those who assailed Melanie Phillips as an extremist 10 years ago today would concede that her analysis has been absolutely vindicated, and alas, her predictions of intensifying anti-Semitism were understated.

Jeremy Corbyn praises Hamas, calls for a boycott of Israel and accepts Islamic demonization of Israel.

Who then would have dreamed that the alternate government in the U.K. – the Labour Party – would not only be riddled with anti-Semites, but would elect a leader, Jeremy Corbyn, who praises Hamas; maintains that Hamas and Hezbollah are committed to peace; calls for a boycott of Israel; accepts Islamic demonization of Israel; and associates with Holocaust denier Paul Eisen, whom he defends as “far from a dangerous man”; and endorses Raed Salah, who employed the medieval blood libel to justify Palestinian terrorism?

It should therefore not be surprising that Corbyn refuses to purge the increasingly vocal anti-Semites from his party, despite widespread media exposure and repeated pleas from distraught members.

Jews are also shocked with the extension of this hatred which has penetrated leading universities, including Oxford. The depiction by Alex Chalmers, former head of the Oxford University Labour Club, of the anti-Semitism he encountered and the support of Hamas that obliged him to resign, is chilling. The Sunday Times disclosed that during the TV coverage of funerals for those murdered in the Paris kosher supermarket, the members mocked the Jewish victims, sang songs about rockets over Tel Aviv, and related to Auschwitz as a “cash cow” for Jews.

Not surprisingly, many Jewish students feel intimidated. To retain their social standing, a number choose to endorse the anti-Zionist chic, others recuse themselves. Some argue that Jewish student bodies should not even engage in Israel advocacy and should restrict themselves to religious, cultural and social activities.

Although Jews living in predominately Jewish areas are less affected, there has been an exponential growth of public anti-Semitic incidents, including acts of violence.

Today in Britain there is open chatter that the creation of Israel was a mistake and there are intensifying calls to end the “apartheid Jewish state.”

Anti-Semitism in the U.K. is not restricted to Muslims and fringe indigenous elements.

These events have shattered the myth that anti-Semitism in the U.K. is restricted to Muslims and fringe indigenous elements. The BBC is not controlled by Islamists but its extreme bias and double standards have molded public opinion toward the demonization of Israel. Much of the anti-Israelism that initially emanated from Trotskyite elements has now become intrinsic to the DNA of many left-wingers. The boycott, divestment and sanctions movement is primarily promoted by indigenous leftist activists.

Indeed, in some respects the situation is worse than the 1930s, when at least liberal and left-wing groups defended the Jews. Admittedly, the current prime minister, David Cameron, is a friend of Israel and the Jewish people, but opinion polls indicate that half the population considers Israel a rogue state. In a democracy, such trends ultimately impact on policy.

The current communal leadership is responding courageously, in contrast to its predecessors. Last year, the Board of Deputies elected as its 47th president, Jonathan Arkush, a traditional Jew and a passionate Zionist, who dismissed the “court-Jew” policy of relying almost exclusively on “silent diplomacy”.

He was, from the outset, respectfully outspoken in his condemnation of Labour Party leader Jeremy Corbyn’s failure to confront anti-Jewish bigotry in his party. Indeed, Arkush could well serve as a role model for many American Jewish leaders who in the past made a point of ridiculing British leaders for their timidity, but have been singularly silent in relation to President Barack Obama’s outbursts against Israel.

Arkush stated: “If Labor is to be credible in exorcising its anti-Semitic demons, its leader must first clearly demonstrate that that these relationships are problematic.”

He added: “Failing to oppose terrorism at the Jewish community by the likes of Hamas and Hezbollah; singing a song called “Rockets over Tel Aviv”; indicating support for the Holocaust or denying it happened; denying or finding excuses for the problem of contemporary anti-Semitism; indulging in theological anti-Semitism – tying the current problems in the Middle East to prejudices about Jews learnt from the texts or traditions of Christianity or Islam; repeating Jewish conspiracy theories about malevolent Jewish power and control, including the “blood libel” – all these things should be obviously unacceptable behavior. But sadly, they have not been obvious enough to some.”

Last week, Corbyn defended his brother Piers who dismissed allegations of anti-Semitism as “absurd,” claiming that “Zionists can’t cope with anyone supporting rights for Palestine”. Corbyn’s defense of   Piers’ remarks is all the more problematic considering they were uttered directly in aftermath of the exposure of a number of incendiary anti-Semitic outbursts by Labour politicians. For example:

* Labour’s shadow Chancellor John McDonnell’s website was exposed as having ”paid tribute to suicide bombers,” shared links to websites promoting boycott of Israeli goods, compared Israelis to Nazis and posted an article stating that Israel should be “dismantled.” Only after media exposure did McDonnell withdraw the offending websites.

Arkush described Corbyn’s insistence that his brother was “not wrong “in dismissing allegations of anti-Semitism, as “belittling” the issue and “deeply disturbing.” He stated: “We cannot imagine any other minority’s concerns would be dismissed in this way. In the last few weeks, we have witnessed a stream of clear-cut cases of anti-Semitism in the Labour Party which can’t just be fobbed off as differences over Israel. Most of the Jewish community, numerous Labour peers, and Labour’s London mayoral candidate are crying out for their leader to take action on anti-Semitism. It would be incomprehensible for Mr. Corbyn to remain inert and refuse to take this form of racism in his party seriously.” He stated explicitly that, “Frankly, most people in the Jewish community can’t trust Labour.”

Although a few hard-core Jewish Labour supporters have criticized Arkush for publicly stating that Jews were losing trust in the party, the majority of Jewish leftists unequivocally condemned Corbyn’s attitude and were no less damning of the rampant anti-Semitism in the party than the Board president.

One might hope that public exposure might shame Labour leaders into taking remedial action. Stephen Pollard, editor of the Jewish Chronicle, is pessimistic. He noted: ’If your politics are anti-imperialist, nothing else matters. So Mr. Corbyn happily describes Hamas and Hezbollah representatives as ‘friends’, despite their penchant for murdering Jews … and with the party leader openly – proudly – alongside these people, anti-Semites swarm to Labour, assured of a warm welcome from their fellow anti-imperialists. This isn’t political debate – it’s racism. And it’s Labour’s racism.”

British Jews should unite and support their lay leadership. These shocking developments affect all Jews, bridging the entire political spectrum, secular and religious, ultra-Orthodox to Reform.

According to the Daily Mail, over the past two decades, Jewish support for Labour has plummeted from 70% to 25%. In last May’s General Election, it was reported that Jews contributed a third of the 9.7 million pounds donated (approximately $13.7 million) to Labour by private donors. This year, no major Jewish donor contributed.

If Arkush has the support of the community and if the so-called “Jewish Leadership Council,” an unelected body mainly comprising wealthy Jews, which frequently undermines the representative role of the Board of Deputies, sets aside personal egos and backs the elected Jewish community leadership, Anglo-Jewry will act with dignity and maximize its ability to reverse the tide.

At the very least, the leadership will demonstrate to the next generation how, as proud Jews, they will not be intimidated or run for cover but stand up for their rights.

The Challenges Facing the American Jewish Community
Were Adam and Eve Jewish?
How I Learned to Love the Multiverse
10 Big Jewish Inventions
Comments