Confessions of a Jewish Bargain Hunter 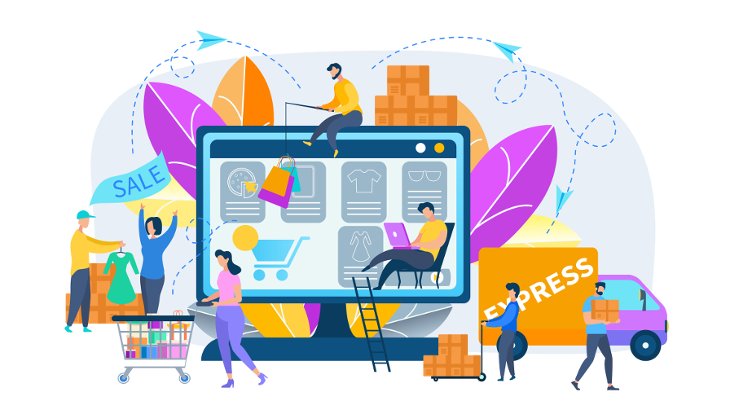 Five things you should never get because it’s a bargain.

ME: “I sit before you. My name is Marnie and I’m a … Problem Bargain Hunter (APPLAUSE, ‘HELLO MARNIES’). My Bargain Hunting has not only cost me, my family and my friends deep anguish, but frequent trips to Emergency Rooms have been involved. I need help.”

I could use my religion as my excuse, citing the 3000 years of a mutant sub-strain of DNA known as dTr (Don’t touch retail). I won’t. I personally know at least a half dozen MOTs who buy from real stores instead of through Tanta’s cousin’s wife’s brother who wholesales stuff.

No. I must claim my own addiction to Bad Bargains. Step 12 in BHA is to share with others (actually Step 1-12) so you won’t make the same rotten choices and can live a life free from deal disasters.

Today, I present you with my personal list of five things you should never get because it’s a bargain.

1. MATTRESSES: After moving last year, I needed a bed. To be “thrifty” I bought a blow-up. Every morning it went splat. Every night I clicked a little doodad to unsplat it. After two months the mattress started “splatting” three times a night, with me rolling off it into a glass book case. Despite being “thingy”- challenged, I deduced there was a hole in it. The Mattress ‘R Us outlet refused to exchange it even though I bought it a few months ago and argued that an unimpeachable source (Google), told me the average “mattress-life’ is seven to 10 years! … Then they mentioned the Coca-Cola and Rustic Red hair dye stains. I was forced to buy a “real” mattress from them -- for only $200 dollars. When I schlepped it out of box the Instruction Sheet started with: “THIS MATTRESS KNOWS KUNG FU. KEEP SMALL PEOPLE AWAY FROM ITS KICK RADIUS.” I’m 5’1. I called the outlet. The customer service person in Afghanistan told me my new mattress has been under stress during delivery and I should let it “relax” first. Apparently, my “bargain” mattress has anxiety issues.

2. ANYTHING THAT SAYS “RE-FURBISHED”: This includes ink cartridges and perfume. As a writer, I eat up ink cartridges faster than a pit bull can gobble bologna in a Hebrew National factory. At $35 a pop, this can be pricy. Then I found a place that sells “refurbished” stuff. For ten bucks I could have a duo of black and color. True, they’re “unbranded.” True, they’re unsealed. Also true, I learned they have a shelf life of 2 ½ pages, assuming they fit into “my” printer which their warranty guarantees “MAYBE.” I had no idea what “re-furbished” perfume is except when I ordered “refurbished” Chanel No. 5, I got a half ounce bottle of “Chanel No. 5 … and 32.”

3. MOVING PEOPLE OFF OF “PLAGUES LIST.” Did I mention I moved last year? As we all know, for people over 50, “moving” has edged out “heart attack” as a major cause of death. My risk is higher as I was a finalist in the auditions for “Hoarders.” I have 10 thousand books, 350 broken unsorted boxes marked “URGENT TO DO: 2006” and “antique” furniture with parts that wobble and fall off if, say, you put an antique thimble on them. “Moving” on, I googled “Plagues List” and sorted by price – low to high – which is how I hired Metzia Movers and Wreckers. Three rooms for $750 including boxing, shlepping, and unboxing – which is how I met the Moe, Larry and Curly brothers. Here’s a teensy sampling of what happened:

The first thing Moe did was ask for a drink –Stolichnaya. He then wobbled into my wobbly antiques, breaking all their little legs. The first thing Larry did was turn the loading ramp the wrong way. The contents of my “URGENT TO DO: 2006” boxes flew from their cartons into which I learned, Curly had also tossed my bubbe’s crystal that survived the czar in 1924. Unfortunately, they didn’t survive Metzia. In fact, nothing survived Metzia as the Three Stooges danced with joy among the wreckage. I’m still looking for my rare piece of the Berlin Wall encased in a Pyramid. If any of you see a pyramid with a rock in it on Plagues List, please forward the link (and I’ll send you a vintage bottle of the Cel-Ray I got at a church flea market).

4. E-BAY AUCTIONS: While many of these are terrific, caution! The addiction is quick and can take over your life after winning your first pair of Tory Burch ballet flats for only 26 dollars – “used.” Those of us afflicted make up a subset of BHA.

5. COSMETIC TOUCH-UPS: A face is nothing to fool around with. I recently had one of “those” birthdays. While I’m not meshugge about looks, when the bags under my eyes resembled dirigibles, and products like “Magic Erase” just made them white, I thought, why not? I Googled coupons for a deal to deflate. I went in for what I thought was a consultation. I emerged an hour later after the bargain procedure we negotiated (which included no anesthetic). If you heard odd screaming three weeks ago, that was me. They burned my bags with enough chemicals to wipe out Syria. Flash forward to a day later: My head was the size of a mutant melon. My eyes and mouth were slits. Tumors started forming. I had become the Elephant Woman. Would I die, like John Merrick, in my sleep from the weight of my head? When the burning flesh reached my clavicle, it occurred to me this was probably not normal. The E.R. people were very empathetic (unlike my friend who drove me while singing “Told you so!”) They shot me full of steroids. Now, three weeks later, I still look like a victim of a nuclear blast. The moral? DO NOT GET A SURGICAL PROCEDURE BY COUPON. GO RETAIL to a person who took a course in Eye bag Burning.

Everything I Need to Know About Parenting, I Learned at Jewish Summer Camp

The Shushan Times
Olivia Newton John’s Grandfather was a Nobel-Prize Winning Jewish Physicist
Don’t Believe in Other Gods Versus God is One
Seeing Without Eyes
Comments
MOST POPULAR IN Jewlarious
Our privacy policy
Aish.com Is Looking for Great Writers