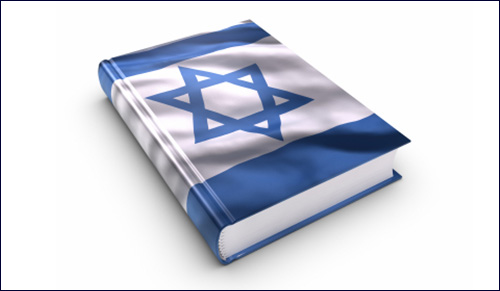 The best response to anti-Semitism is to deepen your pride in being Jewish.

Are Jews the worst people in the world? Is Israel a terrible country that has no right to exist?

In some quarters of the world these startling questions are being asked with more and more frequency.

In some countries, Israeli artistic groups are deemed so awful, it’s becoming difficult for them to perform. In 2010, the Jerusalem Quartet was whisked off BBC radio mid-piece when hecklers booed them at London’s Wigmore Hall. The following year, “sustained audience protest” brought a performance by the Israel Philharmonic at the prestigious London Proms Concert series, broadcast live on BBC radio to the nation, to a halt.

Pianist Yossi Reshef lives in Germany, but he was born in Israel and that’s enough for anti-Zionist protesters to deem him unworthy to perform; a recent sold-out performance in Johannesburg was cut short by protesters, and similar interruptions have occurred in Spain and Germany, as well.

In France, the comedian Dieudonné M’bala M’bala is has made a career out of provoking Jews; his most recent comedy show makes fun of the Holocaust and accuses Jews of running the world. Dieudonné, who twice ran for office on an extreme anti-Zionist ticket, also made up a popular Nazi-like gesture, the “quenelle,” which gained worldwide attention when the French footballer Nicalas Anelka performed after scoring a goal in London in December 2013.

At times, attacks can turn violent. After a show by Israel’s national dance troupe Batsheva was disrupted in Edinburgh, a scheduled performance by the group’s youth company, Batsheva Ensemble, was cancelled because organizers could no longer guarantee the performers’ safety.

In 2009, actual violence did break out and an Israeli basketball team had to flee for their lives when fans in a Turkish stadium turned on them, changing “Alla Akbar”, “Killer Israel”, and threw objects at the players.

Israeli-owned stores are the latest objects of anti-Zionist ire. Israeli cosmetics store Ahava was forced out of London’s central Covent Garden area after protesters made it impossible to shop there. Now Israeli-owned EcoStream, which dispenses ethically-sourced food, drink, and cleaning products into shoppers’ own containers, is dividing the upscale British town of Brighton, where protesters gather weekly at the store to denounce the Jewish state; demonstrations have grown nasty, with allegations of violence and anti-Semitism.

Academia is a battleground over whether Israeli voices even have a right to be heard.

Britain’s main academic union, the Universities and Colleges Union, voted to sever all ties with Israelis, and two Israeli academics were fired from a British-based journal of linguistics as part of a boycott of the Jewish state.

In 2013, two US academic groupings – the American Studies Association and the Asian American Studies Association – voted to sever all inks with Israelis and Israeli institutions. In January 2014, the Modern Language Association, an influential grouping of 30,000 academics in 100 countries, devoted part of its annual meeting in Chicago to excoriating the Jewish state, in a move that many members fear may pave the way for an official boycott resolution.

In fact, a leader of the BDS movement, Omar Barghouti – who ironically holds a Masters degree from Tel Aviv University, an institution he now wants the world to now shun – called this moment a “tipping point” in his quest to delegitimize the Jewish state.

The BDS crowd is right; we are seeing a tipping point, but the tide of opinion seems to be turning away from the boycott movement and towards embracing Israel instead.

Since December 2013, over 120 universities have issued statements condemning recent moves to target Israel with boycotts.

President John Garvey of the Catholic University of America labeled calls to reject the Jewish state “lamentable”. Harvard President Drew Faust called anti-Israel boycotts “a direct threat” to academic freedom and ideals, while former Harvard President Larry Summers has called the single-minded targeting of the Jewish state – when other countries with far worse human rights records get a pass – “anti-Semitic.”

And it’s not only university heads. In 2013, Britain’s National Union of Students rejected calls to boycott the Jewish state, students at Stanford voted down attempts to force the university to divest from Israeli holdings, and Oxford University’s Students Union responded to a sustain campaign to vote on boycotting Israel – rejecting the motion by a margin of 7:1. One Oxford student, Henry Watson, explained his vote against a boycott by saying he was disturbed by the racist overtones of the BDS campaign.

For many supporters of the Jewish state, the relentless attacks on Israel – which often veer into anti-Semitism in their single-mindedness and bitterness – has spurred them to identify ever more closely with their brothers and sisters in the Jewish state.

Seven years ago, Harvard Law Professor Alan Dershowitz and Nobel-Prize winning physicist Steven Weinberg did just that. Fed up with calls to boycott Israel and shun Israelis, they decided to identify with the Jewish state. They wrote an open letter to Israel’s enemies: when you plan to boycott the Jewish state, they wrote, please consider us to be Israelis, too. If you boycott Israel, boycott us.

In the face of calls to boycott Israel, the virtuoso pianist Evgeny Kissin decided to become a citizen of the Jewish state.

Within three days, their letter collected 3,000 co-signatories; today, over 15,000 people have signed Dershowitz’s and Weinberg’s pledge – including 15 Nobel Prize Winners, scores of university presidents, and other prominent figures. (The letter can be viewed here.)

Last month, the virtuoso pianist Evgeny Kissin took this pledge a step further, and became a citizen of the Jewish state. Kissin, who was born in Moscow in 1971, first electrified the world when he was 13 and appeared with the Moscow Philharmonic in a flawless performance; he remains one of the premier pianists in the world today.

In the face of calls to boycott and shun Israel, Kissin has thrown his lot in with the Israeli people. When he became an Israeli citizen, Kissin declared:

I am a Jew, Israel is a Jewish state – and since long ago I have felt that Israel, although I do not live there, is the only state in the world with which I can fully identify myself, whose case, problems, tragedies and very destiny I perceive to be mine…

When Israel’s enemies try to disrupt concerts of the Israel Philharmonic Orchestra or the Jerusalem Quartet, I want them to come and make troubles at my concerts, too: because Israel’s case is my case, Israel’s enemies are my enemies, and I do not want to be spared of the troubles which Israeli musicians encounter when they represent the Jewish State beyond its borders.

I have always deeply despised chauvinism and have never regarded my people to be superior to other peoples; I feel truly blessed that my profession is probably the most international one in the world, that I play music created by great composers of different countries, that I travel all over the world and share my beloved music with people of different countries and nationalities – but I want all the people who appreciate my art to know that I am a Jew, that I belong to the People of Israel. That’s why now I feel a natural desire to travel around the world with an Israeli passport.

Don’t let anti-Semites weaken your commitment to the Jewish people (and they are anti-Semites, as Charles Krauthammer wrote: “To apply to the state of the Jews a double standard that you apply to none other, to judge one people in a way you judge no other, to single out that one people for condemnation and isolation — is to engage in a gross act of discrimination. And discrimination against Jews has a name. It’s called anti-Semitism.”).

In the face of continued attacks on the Jewish state, the examples of Dershowitz, Weinberg, and Kissin give us a guide to follow. Now is the time to deepen your resolve, gratitude for, and commitment to Judaism and Israel. Increase your connection to Israel and signal to the world that you are proud to be Jewish and to identify with the Jewish state.

The Nice German
It Takes A Lot Of Faith To Be An Atheist
How Instagram Brought Back This Nostalgic Soup
What Makes Eli Run?
Comments
MOST POPULAR IN Israel
Our privacy policy