Closing the Circle: My Return to the Faith My Grandfather Abandoned 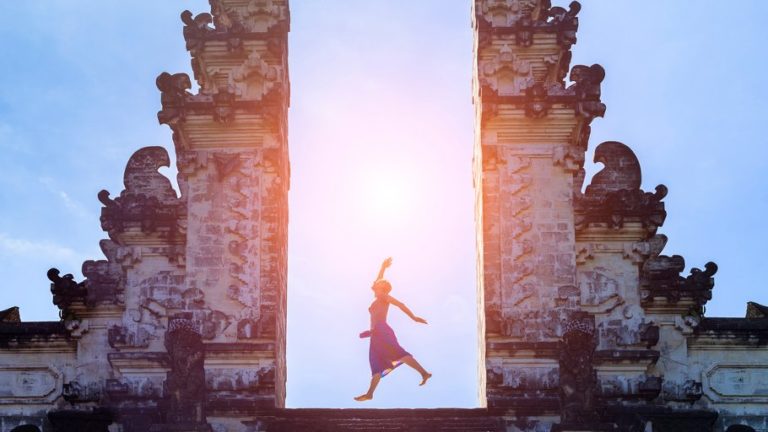 Devoid of warmth and joy, my grandfather left behind his family and his Jewish observance. His reaction to my becoming religious surprised me.

"Grandpa, I met the man I'm going to marry."

Sitting in his kitchen in Florida, my grandfather raised his eyes. This was unexpected, even coming from me. Trying to sound calm he asked, "In India?"

With his voice raised, his attempt to sound perfectly calm and off-handed totally unconvincing, he asked, "An Indian?"

I laughed, enjoying his obvious irritation. It was part of our relationship, irritating each other. We were too much alike.

"No Gramps," I smiled, finally answering him. "He's Israeli."

"Israeli? He's Jewish?" His voice took on a tone I didn't quite understand.

Total silence. Grandpa was pale. "That was my father's name," he finally whispered.

I didn't want to miss this rare opportunity to uncover my grandfather’s mysterious past that he refused to talk about. Quickly and quietly I said, "Please Grandpa, tell me what happened."

It was a sad story with a bittersweet ending.

He told me of his childhood of poverty, religious stringencies and strictness. Brooklyn in the Great Depression wasn't an easy place to grow up, especially with parents who didn't speak English. His parents came from Chechnov, Poland, and he was the first son in the family and the first child born in America. Despite the poverty, he was a promising yeshiva bochur in Chaim Berlin Yeshiva. He told me about the total lack of warmth and joy he felt in his home and in his Torah observance. He enlisted in the army where most of his friends were not Jewish and he eventually left the way of his fathers and abandoned his connection to Judaism.

At one of his army buddy’s wedding, he met my grandmother and they fell in love and married. There is one lone picture of my father as a baby being held by my religious great-grandparents. It was the only time they met him. Nobody is smiling. The next time my grandfather saw his parents was at their funerals.

It was a miracle that my father unknowingly married a Jewish woman (who didn't know that she was Jewish herself). But that's a whole other story.

I tried to keep everything light and normal, as if the black beret covering my hair was totally normal.

Three years later, Moshe and I came for a visit from Israel with our infant son for my mother's yahrzeit. I sat next to my grandfather in my brother's kitchen, eating kosher food from our kosher pots we had lugged with us. I tried to keep everything light and normal, as if the black beret covering my hair was totally normal. As if long sleeves and ankle length skirts in August were perfectly in fashion.

We sat in comfortable silence. Suddenly Grandpa turned to me, "Ya know kiddo, I'm really proud of you."

"You are?" I exclaimed, not believing, "Really? Why?" Every moment of this trip felt as though I was apologizing for my existence.

“All my life I saw people doing with no feeling in their heart. You feel it and you do it. I'm really proud of you."

"I look at you and Moshe, and I see you doing it with all your heart. You feel it and you do it. All my life I saw people doing, with no feeling in their heart. I'm really proud of you."

Tears welled up in my eyes. I hadn't expected that. My gruff grandpa was proud of me for being religious. I guess I could be proud of myself for a change, instead of trying to prove that I'm not such a weirdo or that Moshe isn't brainwashing me. That little conversation was a gift I hold in my heart, a tiny box I occasionally open. And when I look inside, I see light streaming out and feel that my path makes sense again.

Three and a half years later and we were expecting our third baby any day. My dad called. “Grandpa isn’t feeling well. You should talk to him now.”

I got on the phone and my grandfather asked, his voice weak, "Pray for me.''

"But Grandpa, you can pray too. God hears you."

"Don't you preach to me, young lady," he warned me, irritated.

I sent him an email, and asked my father to read it out loud.

I want you to know that I love you, and that you've been such a big influence in my life. I know you asked me not to preach to you, but will you please do just one little favor for your chutzpadik granddaughter? Will you please say the Shema just once? I love you.

Grandpa asked the letter to be read over and over. He cried. He asked to call a rabbi who helped him say the Shema, and he talked to him for a while alone. Maybe he even said viduy, the final confession one says before he dies.

Later that week, I gave birth to our third son in Jerusalem. I called my grandfather to say mazel tov. He could no longer talk, so he clapped his hands. The next day he passed away. He was 83 years old.

Every morning, I take out my siddur and turn the frayed pages, talking to God. I turn page after page and get to page 83, the Shema. As I say the words, I always think of my grandfather, where he is now and the nachas his soul is hopefully receiving from his grandchildren and great grandchildren, and how the full circle has been closed.

Emuna BenGera, lives in Jerusalem with her husband and 6 children. She teaches a yoga teacher training course for religious women, a dancer in the Hallelu Dance Company, and is a Natural Fertility Guide. Emuna currently writes for the women's newsletter "Neviot" in Hebrew.

Ten Thousand to One