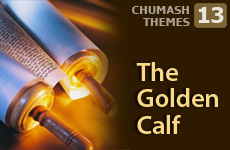 How could the Jews seem to forget God so quickly? 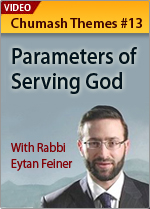 After the entire nation hears the Ten Commandments from the voice of God, Moses tells the people that he is going up Mount Sinai to receive the rest of the Torah. As he will be on the mountain for 40 days and nights, interim leaders are appointed: his brother Aaron and his nephew Chur.1

The people anxiously await Moses’ return, counting 40 days. However, Moses’ intent was 40 complete days and nights, while the people counted Moses’ ascent as Day One. Thus according to the people’s count, Moses failed to return on day 40.2 Concerned that their leader is lost, the people demand that Aaron and Chur appoint an idolatrous intermediary between them and God. Chur objects and is murdered by the mob.3

Aaron quickly realizes that a further objection will only lead to more bloodshed, so he plans a delaying action: Knowing that Moses will indeed return the next day, Aaron tells the people that the idolatrous worship will commence tomorrow.

To gain their confidence, Aaron offers to personally construct an altar for the new god. The people, in their enthusiasm, donate a large amount of gold for the kiln. What arises is a golden calf. The next morning the people awaken at the crack of dawn and begin to worship at the altar of the Golden Calf (Egel HaZahav), with debauchery and revelry.

God then tells Moses: “Go down from Sinai and chastise your people.” Moses returns to the camp, and upon seeing the depraved worship, casts the Tablets of Law onto the ground and smashes them. He then gathers the Tribe of Levi who executes the idol worshippers.

For the next 40 days, Moses beseeches God to forgive the Jewish people. At the end of the 40 days, God agrees. Moses ascends the mountain for a third time, and while the people engage in reflection about their actions, God teaches him the secret of repentance4 and he receives a new set of Tablets. When Moses descends for the final time, on the Day of Atonement, the nation is forgiven.

This is one of the most crucial episodes in the Torah, since it nearly causes an abrogation of God's covenant with the Jewish people. But there are a number of specific issues to deal with:

On the surface, this seems ludicrous. God has just finished an entire year of personal interaction with the Jewish people: the plagues in Egypt, the splitting of the sea, and the awesome revelation at Sinai. Yet 40 days later the Jews have built an idol!

There are two aspects to this answer:

Every human requires a theater to exercise his free will. And the rule is: “The greater the person, the greater his evil inclination.”5 A spiritual novice is not presented with the same challenges as one who is spiritually advanced. But even more, the degree of effort in overcoming one’s personal faults becomes harder as you improve. That is because you have greater ammunition on the side of “good,” so in order to preserve the “balance of choice,” the seduction toward “bad” must be likewise greater.

Nobody is ever free from the opportunity and obligation to better himself and overcome his baser instincts. “Do not trust yourself until the day you die,” says the Talmud.6 That is why, even after the greatest revelation of God in history, the people could still transgress.

But what is this specific test and how does this work? To answer that, we need to explain why the idol was a calf.

Nachmanides,7 the great 11th century commentator, cites the following kabbalistic source: In the beginning of the book of Ezekiel there is a vivid representation of the Throne of Glory which God metaphorically reigns upon. The verse describes the four “legs” of the throne:

At the giving of the Torah, this heavenly image was revealed to the Jewish people and they saw these four legs of God’s throne. Each of these legs – bearing a distinct “face” – represents one aspect of God's connection to the physical world we live in: from birds (eagle), to wild animals (lion), to domesticated animals (ox), and culminating with man. When Moses did not return at the expected time, the people chose to worship the ox from the Throne of Glory. Why? Because their primary desire at that point was to enter into the Land of Israel and begin a normal existence in agricultural society. Hence, the domesticated ox.

Now we can understand how the people fell so quickly. The issue here was not choosing actual idol worship, but rather the method of serving the same God whom they had seen throughout the previous year. In the Ten Commandments, God said they should worship Him directly, not through any intermediaries or representations. When the people perceived that Moses was not returning, they were unable to remain on the level of closeness to God they had attained during the revelation. So they co-opted part of that great Sinai prophecy, and worshiped the calf they had seen in the heavenly image. This, then, is the conflict of a nation that has reached great heights, not of people who has sunk to new lows.

Aaron and the Nation's Demands

We can now understand Aaron's approach. Chur, his nephew, had taken the more extreme course, objecting completely to any deviation. This led to his tragic murder. Aaron was also willing to sacrifice himself to protect the Jews from their own follies. Yet his approach was to take personal responsibility for this idol, and to bear the blame and punishment in place of the Jewish people.

In the aftermath, Moses confronts Aaron, "What did the nation do to you that you did this?" Aaron’s response is clear: "I saw the state of the people and they were evil."9 Aaron does not try to justify himself, rather he did it to protect the people.

Between the two men, Aaron and Chur, who was willing to sacrifice more? Chur gave up his physical life, but Aaron was willing to commit what seemed to be a terrible rebellion against God, just so the Jewish people should not be held responsible. This is a much higher level of self-sacrifice and loyalty to protect the nation. It is for this reason that Aaron becomes the High Priest and the facilitator of national repentance on Yom Kippur, the Day of Atonement.

The Process of Repentance

From the beginning of the month of Elul, when Moses ascended Mount Sinai for the final time, the Jews blew the shofar every day in the camp.10 This was to eliminate any confusion about which day they were up to, as not to make the same mistake again. The shofar is a symbol of repentance, and its sounding was also to cause the Jewish people to realize their previous mistake and atone for their error.

When Moses received the Tablets the second time, he was taught the Thirteen Attributes of Mercy, that the Jewish people can use to approach God even after they sin:

Merciful God, merciful God, powerful God, compassionate and gracious, slow to anger, and abundant in kindness and truth. Preserver of kindness for thousands of generations, forgiver of iniquity, willful sin and error, and Who cleanses.11

Notice how the "13 Attributes" speak of "God's patience." The same God Who created you with a clean slate and a world of opportunity, gives you another chance after you've misused the first one. If you truly understand what "wrong" means, then even if you seem to be benefiting from your wrong actions, you have to tune into God's mercy and see what He's doing for you. Then that success will not mislead you, because you're humbled before Him.

Imagine two siblings. One is a perfect student in school – helpful, polite, considerate, well-behaved. The other is the antithesis of all that. When the parent talks about his love for his two children, how do we perceive the love for the first one? It may be due to an innate love because it is your child, or perhaps is a result of that child's accomplishments and qualities. On the other hand, the parent's love of the second child is solely a result of the unique parent-child relationship, and not dependent on any other factors. 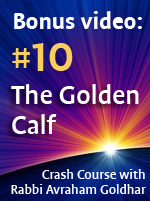 When the Jews received the Torah at Mount Sinai, they had reached all the heights of perfection. One might think that God’s love for them was the result of their actions. But this has a drawback. We would never have known whether God really loves us for ourselves, when we fail. Thus, the culmination of forging the relationship between God and the Jewish people is specifically through the sin of the Golden Calf. When God gives us the opportunity to regret our mistakes, to repent and repair the relationship, it is a tremendous gift. That is why Yom Kippur, though a solemn day, also carries an element of great joy.

Chumash Themes #14: The Tabernacle
Faith: the Axis Upon Which the Wheel of Science Turns
Love - Not Just About Chemicals Anymore!
Is There a Moral Code in a Virtual World?
Comments
MOST POPULAR IN The Bible
Our privacy policy