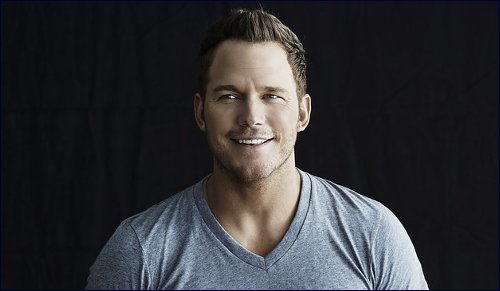 When did prayer become a dirty word?

Initially, I found this understandable. When politicians tweeted “thoughts and prayers” to victims and their families, the public was responding by saying, “We don’t want platitudes, we want action!” At least, that’s how I understood it.

Then Kevin Smith had a heart attack.

Smith, the filmmaker behind Clerks, Dogma, and many other motion pictures, suffered a massive heart attack that almost killed him. In response, actor Chris Pratt took to Twitter and wrote, “Praying for you”. The Twitterati weren’t having it. Responses included:

In fairness, there were many who came to Pratt’s defense, including screenwriter and director James Gunn (Guardians of the Galaxy), who wrote, “There is nothing wrong with sending someone positive thoughts & prayers. But when this is coupled with inaction when action will benefit the situation, it’s empty. … (N)o one expects Chris Pratt to shoulder doctors out of the way and perform heart surgery on Kevin Smith. Nor does Kevin need Chris to pay his medical bills. So I think his prayers are appreciated, and about all he can do.”

In Judaism, we have two concepts: bitachon (faith in God) and hishtadlus (human effort). Both are considered necessary, as we see in many places.

The Talmud in tractate Brachos (35b) discusses the verse “you will gather in your grain” (Deut. 11:14). Rabbi Yishmael explains this verse to mean that one is expected to pursue a living in the normal manner, planting and harvesting his crops at the appropriate times. Rabbi Shimon disagrees. He maintains that those who dedicate themselves wholeheartedly to God will receive their sustenance without any effort of their own. The later sage Abaye observes that those who followed Rabbi Yishmael’s approach – combining their own efforts with faith – were largely successful. Those who tried Rabbi Shimon’s approach of faith alone tended not to succeed.

Maimonides codifies Rabbi Yishmael’s approach, saying that all Torah study must be accompanied by at least some work (Hilchos Talmud Torah 3:9) and that Torah study without work will ultimately be nullified and lead to sin (ibid., 3:10).

Similarly, the Chovos HaLevavos says that the proper way to show our faith in God is to engage in the occupations He has provided us to the extent necessary to secure our livings. If God wants us to have more, He’ll take care of it. Conversely, if no more has been decreed for a person, then no means in Heaven or on Earth could possibly secure it for him (Shaar HaBitachon Chapter 4).

The mishna in Ethics of the Fathers (2:16) tells us that we’re not necessarily responsible to finish a task – such may not be within our control – but that doesn’t exempt us from investing our best efforts in the attempt.

So human effort is definitely necessary, but so is bitachon (faith in God). The Torah tells us (Exodus 21:18-19) that if one person injures another, the aggressor must pay for his victim’s medical bills. Clearly, seeing a doctor is okay – that’s responsible effort. Nevertheless, King Asa was punished for relying on doctors to the exclusion of God (II Chronicles 16:12). Even Joseph was punished for a lack of faith when he relied on Pharaoh’s wine steward to get him out of prison rather than on God.

We believe in prayer. We also believe in action. And we absolutely need both. We are expected to invest our best efforts to effect positive change but we must also recognize that, ultimately, everything is up to God. 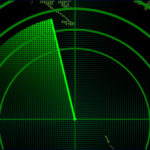 Are You There God? It's Me, Mushka5 min read

The Shema: Why We Cover Our Eyes1 min read