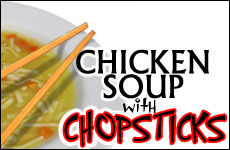 Belinda and I struggled with the idea: Does God care if we intermarry?

"What are we waiting for?" Belinda asked, buoyant yet somewhat confused as we sat facing each other. For weeks we had been talking about the prospect of getting married.

I held back. I was not supposed to marry a gentile, I thought. To do so would be a betrayal of my family, my ancestors, my tradition. Yet it would sound racist if I told her that.

Then I realized: It would sound racist to me as well.

I needed time to think, to read up on intermarriage, to figure things out. Belinda, who is Chinese, and I had been dating for a few months. Never before had things felt so "right," and yet there was an underlying sense that something was very "wrong."

The arguments were basically as follows: Suppose I met a girl who is beautiful, of good character, and has the same values as I -- in other words, someone who is decent, kind, charitable, environmentally concerned, someone who has a strong love of life, honors her parents, and so on -- why should I not marry her?

My motives for marrying Jewish were tenuous -- namely, family expectations. This was quickly overridden when "love" was found. Other oft-heard arguments for dating only Jews: "It would kill my parents," "Because of the Holocaust," "Because of anti-Semitism." These reasons are tainted with guilt and prompt the question, Why be Jewish? What is so important about my heritage that I must sacrifice my happiness -- refrain from marrying the person I love -- for its sake?

As an intelligent and thinking individual, couldn't I take from my heritage what I felt was meaningful and disregard the rest?

If the problem was that my religion prohibited intermarriage, why should that bother me? As an intelligent and thinking individual, couldn't I take from my heritage what I felt was meaningful and disregard the rest?

When I met Belinda, I had little interest in religious Judaism. Like many of my peers, I had an affinity for secular Jewish culture, and that is where it stopped.

Yes, I was interested in philosophy and spirituality. But in the world of postmodernism, where the whole idea of Truth with a capital T had fallen into disrepute, Torah was not the first place I wanted to look.

In college, I studied Marxism, Platonism, socialism, humanism and feminism. I wondered if any of them was the key to fixing the world and ushering in a utopia. I delved into the teachings of Christianity and Buddhism. I traveled to the Arctic for a month, hoping to taste native spirituality.

Belinda, for her part, grew up in Hong Kong, in a cosmopolitan area teeming with hotels, shops, temples, markets, and restaurants; a blend of Eastern and Western culture. There were remnants of Buddhist practice in her home. Her grandmother, during the years she shared the cramped seventh-floor flat with Belinda's family, maintained an altar with burning incense, and there were always a few oranges laid out for the gods.

So with this eclectic background, Belinda and I started to explore different religions together. We attended church services, a Protestant evangelical "mission," a Chinese Taoist-Christian conversion ceremony (where, for a fee of $10, we became "Christian Taoists" within a few hours and received a "passport to heaven"), a Sikh Gurdwara, Buddhist temples, a mosque, as well as Jewish Reform, Conservative, and Orthodox synagogues and events. We talked to people at every opportunity and read a lot. At one point I had a tall stack of books on my desk, each one on a different religion.

Concurrent with this intellectual pursuit, I became increasingly conscious of the cultural chasm between Belinda's world and mine. Mid-August Moon Festival, Chinese New Year, attending Buddhist temple -- all were very interesting, but I was not sure whether I was prepared to adopt them on a regular basis. Were any of the Buddhist practices idol worship? Was I a heretic, betraying my Jewish heritage? Did it matter whether our future children ate pork and shrimp? Was it important that we abstain from eating bread during Passover, as I had practiced growing up?

As I was confronted with an ancient, rich Chinese tradition that I knew nothing about, I was challenged to identify what was about my Jewishness.

Indeed, was my discomfort with these issues the result of years of brainwashing and guilt induced by my parents, synagogue, and community?

The irony: As I was confronted with an ancient, rich, and fascinating Chinese tradition that I knew nothing about, I was challenged to identify what was and special about my Jewishness.

More irony: As I discovered more and more the beauty of my Jewish heritage, Belinda showed increasing interest in Judaism. Two years after we met, she announced her desire to visit and learn in Israel. I was elated.

For weeks, seated comfortably in an Aish classroom overlooking the Western Wall, Belinda and I listened attentively to classes and seminars on such diverse topics as Jewish history, science and religion, sexuality, free will, prayer, levels of happiness, Mideast politics, Jewish legal philosophy, and the afterlife.

Shabbat was ethereal, especially in the Old City. We were matched with host families, who delighted in sharing with us their stories and songs. Shabbat was the high point of the week. The evening air was warm and pleasant. We prayed by the Western Wall. Time stood still.

Upon our return home, Belinda and I continued our investigation of Judaism, and began to feel that the Torah encompasses the closest thing to Truth we could find.

"I know for sure that I like Judaism very much," Belinda confided. "I just don't know if I like it enough that I would convert if you weren't in the picture." Belinda is a woman of integrity with a very stubborn soul. She refused to consider converting for the prospect of marrying me.

As for myself, I desperately wanted to get married and start a family. How long should I wait for her to decide? How did I get myself into such a predicament?

One pleasant summer day, after we had recently returned from Israel, Belinda showed me the cherry tree in her backyard. One of the cherries was dark red and particularly inviting. She plucked it, wiped it with her hands, and then -- to my delighted surprise -- said a blessing thanking God for the fruit, and put it in her mouth.

Perhaps the fact that the cherry came straight from the tree and not from a store made it easier to appreciate the hand of God in producing the fruit. In any case, something wonderful had just happened. I knew that Belinda's words were inspired by a genuine feeling of gratitude and were not intended to impress me. I wondered if from then on she would always recite blessings before eating different foods, and whether I would need to start doing the same.

Months passed and my love of Judaism grew. We were out walking one day, quite relaxed. I slowed my gait and looked at Belinda. "I'd like to marry you," I said. She stared at me. "Pardon me?"

"I said ... I'd like to marry you. But the only thing that prevents me from proposing is that the Torah prohibits intermarriage."

"Well..." Belinda stopped abruptly and turned to me, a faint smile emerging. "I'm happy that the Torah prohibition bothers you -- because it bothers me too. I also feel it would be wrong to intermarry."

Suppose you found out that you were not Jewish, would you convert?

Then one day Belinda posed the following question: Suppose you found out that you were not Jewish, would you convert? I thought about it throughout my three-hour drive home. I called Belinda a few days later and told her that, given how much I knew about Judaism, I believed and hoped that I would convert, but acknowledged that I did not honestly know if I would go ahead with it.

Belinda responded, "This is exactly the situation I am facing."

Belinda moved forward in her Judaism, separate from me. She felt strongly that a person's decision to become Jewish was a very personal one, between oneself and God, and that one should not convert for the sake of keeping a relationship, no matter how wonderful the relationship may be.

And I too, moved forward, on my own, toward discovering authentic Judaism. This was in part because my deep desire to please my parents and relatives, coupled with my own thinking about the moral education of our prospective children.

The road was long, but eventually, four years after we met, the Beit Din (rabbinical court) presided over Belinda's conversion. When she emerged from the mikvah, she had a new soul and a new name: Bina Ester.

I was tempted to propose marriage the first time I saw her as "Bina Ester," but I decided to give us at least a day to "get to know each other" as two Jews, before proposing lifelong commitment. Now that Belinda was Jewish, she could marry any Jewish bachelor she wanted, and it would only be fair, I reasoned, to give her the opportunity to experience -- if only for a day -- being an "unattached Jewish woman." It was probably more a formality than anything else. Besides, if I did not propose, would she have regretted, if only a little, that she converted?

On Sunday evening, we drove to a kosher restaurant that served Chinese food. Before entering, I presented her a Star of David necklace, a present I had received for my Bar Mitzvah. After ordering, I began to speak in a subdued voice about what I was looking for in a marriage, and in life in general. I reiterated my values, my aspirations, and my desire to be a good and faithful husband and what I thought that entailed.

Then I took a sip of water, paused to take in the moment, and voiced the magic words in Cantonese -- words I prayed and dreamed so often of saying for the previous four years. "Lei seung mseung tohn ngo geet fun?"

The wedding was phenomenal. The first song was "Hava Nagila" in Cantonese translation, to which Belinda had danced on a Hong Kong beach when she was a girl; she had no idea, then, that this was a popular Israeli Jewish song. It was a real coming home. "Bina Ester, we always knew you were Jewish," declared the master of ceremonies. "After all, you grew up eating Chinese food!"

Based on the book, "Chicken Soup with Chopsticks: A Jew's Struggle for Truth in an Interfaith Relationship" 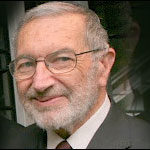 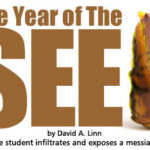 The Year of The Seed10 min read 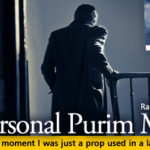 The Muslim Spy who Became a Jew1 min read 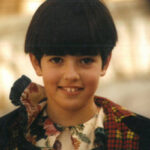