How can a lobster grow? After all, its shell is rigid and cannot expand.

When the lobster feels itself compressed within its shell, it retreats to a crevice in one of the underwater rock formations, sheds its shell, and grows a new one. When it outgrows this shell, it repeats the process and continues doing so until it reaches its maximum size.

During the stage when it is without its shell, the lobster is in great danger. A predatory fish may eat it, or a strong current may dash it against a rock. In order to grow, the lobster must risk its very life.

It is impossible to achieve success without risking failure; sometimes life can only be lived by risking death. Since life consists of growth and progress, we must learn to live with risk.

People for whom failure is devastating may never try anything. They will never grow.The greatest failure of all is the failure to grow and to maximize one's potential. This passive failure is even more serious than active failure.

We must develop sufficient courage and self-confidence to not retreat from taking risks (though reasonable ones) in order to progress. 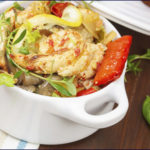 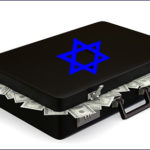