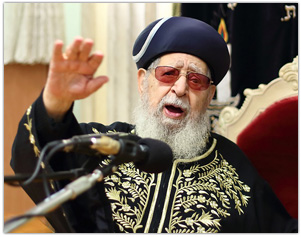 Yahrtzeit of Rabbi Ovadia Yosef, the Sephardi Chief Rabbi of Israel and founder of the Shas political party. Born in Iraq, he became the most beloved Sephardi spiritual leader in modern Jewish history, leading a social movement to bolster traditional Torah values amongst millions of Sephardi Jews in Israel and abroad. His published works include the multi-volume Yabia Omer and Yechaveh Da'at featuring thousands of responsa on all aspects of Jewish life. His funeral was attended by an estimated 800,000 people, perhaps the largest Jewish gathering in 2,000 years.

In the year 1290, the last of the 16,000 Jews expelled by King Edward I left England. King Edward had banned usury and forced Jews over the age of seven to wear an identifying badge. Some Jews managed to remain in England by hiding their religious identity, but thousands were forced to leave. (Years earlier, King Henry III had forced Jews to pay half the value of their property in taxes, and ordered Jewish worship in synagogue to be held quietly so that Christians would not have to hear it.) Following the expulsion, Jews would not return to England for 350 years, when the policy was reversed by Oliver Cromwell in 1655.

Olivia Newton John’s Grandfather was a Nobel-Prize Winning Jewish Physicist
Don’t Believe in Other Gods Versus God is One
Seeing Without Eyes
Comments
MOST POPULAR IN Day in Jewish History
Our privacy policy
Aish.com Is Looking for Great Writers