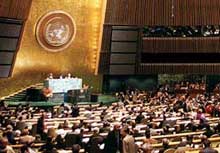 In 1975, the United Nations passed a resolution declaring that "Zionism is racism." Israel's Ambassador to the UN, Chaim Herzog, noted the irony of the vote coming (on the English calendar) exactly 37 years after Kristallnacht. The UN Secretary General at the time was Kurt Waldheim, later accused of war crimes while serving as a Nazi officer. The "Zionism is racism" canard is easily refuted by Israel's open and democratic character -- with Arabs serving in parliament, as well as Israelis of all skin colors. Upon the airlift of Ethiopian Jews to Israel, William Safire noted: "For the first time in history, thousands of black people are being brought to a country -- not in chains but in dignity, not as slaves but as citizens." The UN General Assembly voted to repeal the resolution in 1991. 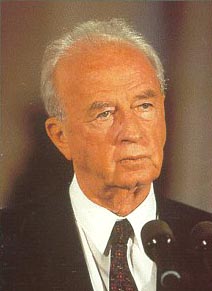 Cheshvan 12 is also the yahrtzeit of Yitzhak Rabin, prime minister of Israel, who was assassinated in 1995 after attending a rally promoting the Oslo peace process. Rabin served as Chief of Staff of the Israel Defense Forces, and under his command the IDF achieved an overwhelming victory in the Six Day War. As prime minister, he played a leading role in the signing of the Oslo Accords, which created the Palestinian Authority. Rabin was awarded the 1994 Nobel Peace Prize, along with Shimon Peres and Yassir Arafat.

King Sennacherib and the Siege of Lachish
Faith: A Lot Deeper Than You Think
The Pletzel of Paris and The Bread That Shares Its Name
Jews and the Chocolate Trade
Three Small and Easy Changes to Add Positivity in Your Home
The Meaning of Some Common Jewish Last Names
In the Shadow of David and Goliath
Where Do the Laws of Nature Come From?
Saadiah Gaon, Rashi and Maimonides: How Three Rabbis Revolutionized Judaism
Comments