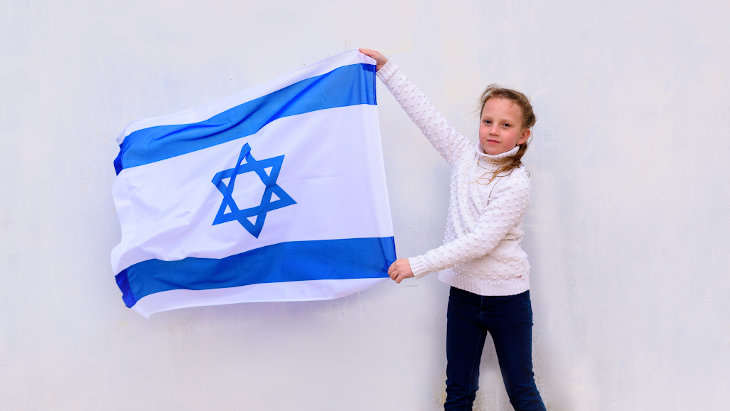 In Israel Yom HaAtzmaut is celebrated in the streets. Here’s how to do it at home.

Yom HaAtzmaut, Israeli Independence Day requires celebration. But how do you celebrate the greatest day added to the modern Israeli calendar under quarantine? Here’s how.

Yom HaAtzmaut is always celebrated with dance. Nothing says I love Israel like Israeli folk dancing in a circle. This year you can Israeli Dance all day, walking around your home, by stepping forward and then stepping back. You may not get very far, but Israeli dancing isn’t about going anywhere. As long as you’re going in circles, you’re doing the right thing. If you don’t get nauseas, then you haven’t celebrated.

If you don’t have access to Naomi Shemer, a Spanish song is good enough. As long as it sounds foreign. You don’t understand Hebrew anyways. “Madrid de Gold” sounds non-English enough.

Singing together is a great Israeli pastime. Generally done by singing to words projected on the wall, you can make the best of the wall your children destroyed with crayons in frustration last week. Turn their graffiti into an aleph and sing together.

I would say to make a campfire, but after burning down much of the yard when we tried to burn the chametz before Pesach, I will say to stay away from fire in your home.

That is something people do in Israel. I hope I’m not offending anyone by suggesting thanking God for the gift of Israel. I know that it’s going to offend the falafel store owner who lives down the street from me who likes to take the credit.

That is the number one tradition in Israel on Independence Day. Why? Because that is how our forefathers celebrated when they declared their independence in Pennsylvania.

Make sure your BBQ is the Israeli style, known as a mangal. Make your BBQ tiny. Israel is a small country and that is how we make our barbeques; tiny and non-electric, spending our holiday waving and blowing trying not to get smoke in our eyes.

Get Together With Others

Israelis celebrate Yom HaAtzmaut together. This year, that means jumping onto Zoom and hearing someone yelling in the background at their family. That will help you feel better about how hard you’ve had it with the kids the past couple months.

This will break up the monotony of any American’s home.

This is best done with children who go to Jewish day schools. They definitely can’t speak Hebrew. This way you won’t have to hear their complaints for a day.

This means anything with chumus. Israel has become synonymous with chumus. Nothing else. Tahini has not received the due credit it deserves.

If you don’t have chumus, puree any solid food and you’ll have something similar to one of the US companies that sell chumus. They’ve added every herb invented to chumus to hide the taste of chumus.

Setup a Shuk in Your House

Anything you’re eating, yell it. Yell the names of the food. Screaming “Avocado!!!!” and try to selling it to your family. That will give the feeling that you’ve got a fruit store in your kitchen. Then yell the price and take as much money from your family as you can.

If you don’t have paddleball rackets, get creative. Just smack a ball back and forth. If the kids haven’t broke the chandelier yet, it will happen. You might as well do it in celebration of Israel’s true pastime. You thought it was yelling?. No. According to Wikipedia, it’s Matkot.

Play Israel’s greatest board game that has no board. This is also a great way to spend the day, waiting another fifteen minutes for your spouse to figure out that they can’t end the game on their turn, every time it’s their turn.

Bop People and Spray Them with Shaving Cream

This is a very entrenched Israeli Independence Day tradition. Keep this tradition going in your home by irritating your family. You can spill soda on them. That will bother them and give them a similar feeling to getting sprayed with stuff that stains your clothes.

As for the bopper, you can take any of your kids’ toys and hit them with it. If it makes a noise when you hit them, all the better. It’s about celebrating, and that means it should bring a smile to you.

Walk in a National Park

In cities where it’s legal to walk, you can enjoy this Yom HaAtzmaut tradition. You may see too much grass when walking. Just imagine there is no grass and you’ll have the full experience of walking in a Middle Eastern park.

It’s cheaper than flying. Enjoy all the money you saved on the Pesach hotel and not traveling to Israel and instead pay a poor Israeli to tour you around his apartment. Have a heart, Itzik needs your help.

Hang a Flag from Your Car. But you can’t really go anywhere so just sit in the car and blast some Israeli music while making a BBQ in the back seat playing Matkot with one hand and Rummikub in the other.

Oil In A Day's Work