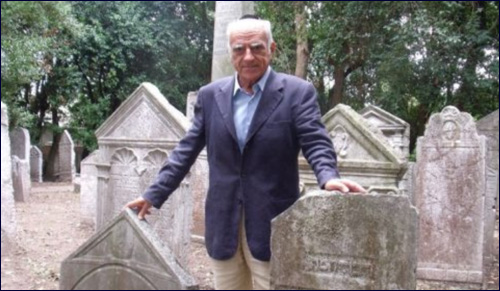 “The spot where we usually rode was a Jewish cemetery whose walls had been pulled down and stones overturned by the French.”

So recorded Richard Belgrave Hoppner, Britain’s Consul in Venice in the 1700s. He, along with the famous British poets Lord Byron and Percy Shelley and others, used to canter their horses through the ruined Jewish cemetery of Beit Chaim on the Lido island in Venice.

Beit Chaim (“House of Life” in Hebrew) is Europe’s second-oldest surviving Jewish cemetery. Founded in 1386, its oldest legible headstone dates from 1389. When the cemetery was established in the Middle Ages, Venice was home to one of Europe’s largest Jewish communities. At its peak in the 1600s, over 5,000 Jews called the beautiful island city home. In fact, the term “ghetto” comes from Venice, where Jews were confined live on the island of Ghetto within the city. In time, Ghetto became a bustling hub and a major center of life, art and commerce within Venice.

Forbidden from burying their dead in the main islands of Venice, Jews were forced to place their cemeteries on the relatively far-flung island of Lido, which was then a swampy, unappealing area. When funerals were held, Jewish mourners were ferried between the city’s islands of Lido and Ghetto by gondola. By the time Byron rode his horses across the graves in Beit Chaim, the city’s Jewish community had already begun to decline. Shelly described the desecrated burial grounds as a sandy, windswept wasteland. 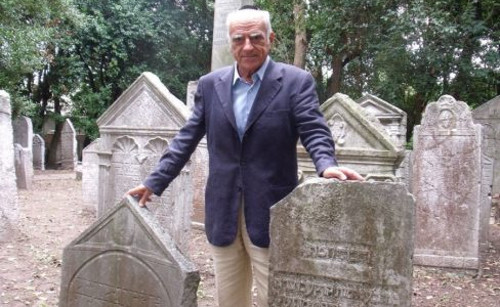 Aldo Izzo in the Jewish cemetery

Today, Venice’s Jewish community is sadly decimated. Years of persecution, the Holocaust, and the city’s declining fortunes in general have seen an exodus of Jews leaving the area. Fewer than 500 Venetian Jews remain, many of them elderly.

One of these remaining Jews is Aldo Izzo, an 86 year old self-appointed caretaker of Venice’s Jewish cemeteries. (In addition to Beit Chaim, he also tends a ‘newer’ Jewish cemetery founded in the 1700s nearby, and also sadly desecrated and neglected.)

Mr. Izzo grew up knowing these sites well. As a child, he played in Beit Chaim. During World War Two, he survived by hiding in local apartments and even hid at times from Fascists in the Jewish cemetery. Like many Venetians, Mr. Izzo pursued a career in sailing. For years he was the captain of merchant ships that delivered goods all over the world. He remembers with particular fondness visiting Montreal, Toronto and Chicago. When he retired in the 1990s, he and his wife moved to the Venetian island of Lido, and he immersed himself in local Jewish volunteer positions. 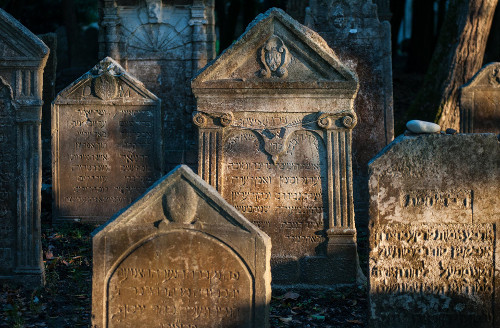 The neglected Jewish cemeteries exerted a particular pull on Mr. Izzo. He started tending them, cleaning and fixing their broken headstones and weeding the plots. He also started offering tours of Beit Chaim to visitors from all over the world. Dressed in impeccable Italian style, a kippah on his head, Mr. Izzo leads tourists through his beloved cemetery, pointing out some unusual features found only in Venice.

A few of the tombstones depict deer travelling in boats, a reference to the flight of Spanish Jews, some of whom made their way to settle in Venice. Many of the gravestones have beautiful rococo details; some features pictures of cherubs or coats of arms. Some stones have a hole in their base. Mr. Izzo speculates that this might reflect the idea that one’s soul escapes from the earthly body. Some gravestones appear to have been used more than once, “something very unusual and even forbidden,” Mr. Izzo explains to visitors, explaining the uniqueness of Venice’s cemeteries. 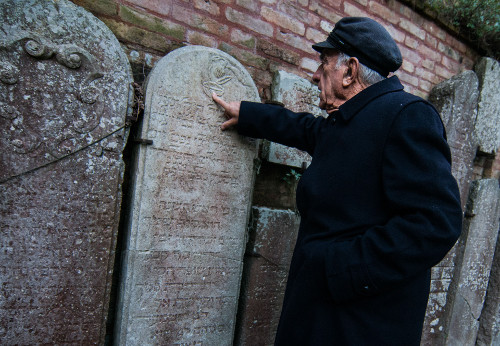 Tombstones hung on the wall.

Many of the graves had been plundered; headstones, as well as bodies, had been desecrated, removed and damaged. Slowly, over 35 years, Mr. Izzo has repaired as much of the cemeteries as he can. When he’s unable to find the correct grave for the many headstones that have been removed or smashed, he hangs these broken headstones around the cemetery’s walls, a reminder, at least, that these stones once marked the burial places of people who were beloved and valued. “This cemetery has had a tormented life,” Mr. Izzo explained in 1995, when he was embarking on his massive restoration project.

Accustomed to a life keeping ships’ logs, Mr. Izzo keeps records of his work in the cemeteries and of the continued decline of Venice’s dwindling Jewish population. He maintains records of the burial plots that are still unused, keeping this valuable list for Venice’s few remaining Jews. He also records the deaths of Venice’s remaining Jews, as well as keeping records of who remains. Mr. Aldo’s wife died in 2016; he now lives alone in his Lido apartment. His eyesight is going, but as long as he’s able, Mr. Izzo plans to continue tending Venice’s Jewish cemeteries.

In May 2017, the Venice Biennale annual art festival opened, featuring an installation about Mr. Izzo by the Israeli artist Hadassah Goldvicht. Ms. Goldvicht filmed conversations with Mr. Izzo over four years, and has assembled them, along with photographs, as a meditation on Jewish community and dedication. “For me,” Ms. Goldvicht explains in a New York Times article, “the project is not what’s on the wall, but all these conversations…. His wife died last year, he’s living alone on the Lido and losing his eyesight, and he’s still going to the cemetery. Aldo is burying the community.” 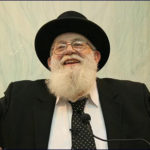 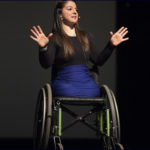 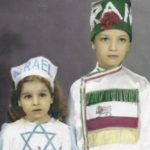 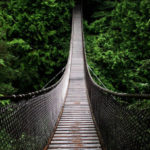 The Journey of the Convert5 min read

Her Name was Patience6 min read

Two are Better than One6 min read