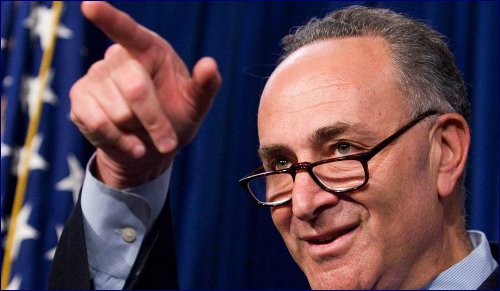 The Jews are being blamed again.

As debate over the Iran nuclear deal reaches its apex with the Congressional vote next month to accept or reject the deal, rhetoric has been coming from the White House in an attempt to discredit those opposing the deal.

President Obama has charged that the deal's opponents are pushing for war, saying that “many of the same people who argued for the war in Iraq are now making the case against the Iran nuclear deal.”

The President, while avoiding AIPAC by name, nevertheless directly alluded to the "well-financed... lobbying" against the deal.

The idea that “Jews and Jewish money control the world” is an ancient canard; its 21st century version is the idea that “agent Israel” and its politically powerful allies influence the U.S. government to engage in policies that contradict America's best interests. Taki Theodoracopulos, a columnist for Britain’s Spectator for over 30 years, charged that “the way to Uncle Sam’s heart runs through Tel Aviv.” The Los Angeles Times quoted one U.S. politician referring to Capitol Hill as “the little Knesset,” while another described it as “Israel’s occupied territory.”

The recent White House comments have sparked fears among some American Jews that this could translate into anti-Semitism. Malcolm Hoenlein of the Conference of Presidents of Major American Jewish Organizations told the New York Times: “Words have consequences, especially when it’s authority figures saying them, and it’s not their intent, perhaps, but we know from history that they become manipulated."

Last week, New York’s Chuck Schumer became the first Senate Democrat to oppose the deal, prompting a spate of negative White House comments, and in some quarters he has been called a traitor, accusing him of having greater loyalty to Israel than America.

What we increasingly can’t stomach – and feel obliged to speak out about right now – is the use of Jew-baiting and other blatant and retrograde forms of racial and ethnic prejudice as tools to sell a political deal, or to smear those who oppose it. Accusing Senator Schumer of loyalty to a foreign government is bigotry, pure and simple. Accusing Senators and Congressmen whose misgivings about the Iran deal are shared by a majority of the U.S. electorate of being agents of a foreign power, or of selling their votes to shadowy lobbyists, or of acting contrary to the best interests of the United States, is the kind of naked appeal to bigotry and prejudice that would be familiar in the politics of the pre-Civil Rights Era South.

This use of anti-Jewish incitement as a political tool is a sickening new development in American political discourse, and we have heard too much of it lately – some coming, ominously, from our own White House and its representatives. Let’s not mince words: Murmuring about “money” and “lobbying” and “foreign interests” who seek to drag America into war is a direct attempt to play the dual-loyalty card. It’s the kind of dark, nasty stuff we might expect to hear at a white power rally, not from the President of the United States – and it’s gotten so blatant that even many of us who are generally sympathetic to the administration, and even this deal, have been shaken by it.

The myth that Israel exerts a highly-disproportionate influence has been floating around the diplomatic backwaters for years, but no one could have predicted the wave of publicity that surrounded the 2007 publication of The Israel Lobby and U.S. Foreign Policy. This tome by Professors Stephen Walt and John Mearsheimer not only casts Israel as a subversive foreign policy influence, but argues that America’s support for Israel is the root cause of global instability and Islamic animosity.

With its conspiratorial tone and flavor, The Israel Lobby comes across as an updated Protocols of the Elders of Zion, the minutes of fictitious “secret meetings” in which Jewish leaders conspire to rule the world. Not surprisingly, The Israel Lobby was applauded by racists like David Duke, who praised the authors for “validating every major point I have been making.”

One way of assailing Israel’s legitimacy was the contention that the American invasion of Iraq was really “Israel’s war.” The New York Times referenced the idea that: “A cadre of pro-Zionist zealots… has long schemed to make the Middle East safer for Israel by uprooting the hostile regime of Saddam Hussein. They have finally succeeded, the theory goes, in pushing their agenda up to the desk of a gullible president.” The Washington Post likewise gave space to the idea that U.S. policymakers as “presumably too weak and gullible to evade the manipulations of these Jews.”

All this sounds eerily similar to the 1930s, when Charles Lindbergh publicly blamed the Jews for pushing America into a “pointless war” with Germany.

The anti-Israel chorus could not have been more wrong. In the months leading up to the Iraq war, Israeli leaders specifically discouraged the U.S. from attacking, fearing (quite correctly, it turns out) that American troops would get bogged down in Iraq and the U.S. would not deal properly with the far more critical threat of Iran. Indeed, the Washington Post reported in 2002 how “Israeli officials are redoubling efforts to warn the Bush administration that Iran poses a greater threat than the Iraqi regime of Saddam Hussein.” At the time, the New York Times quoted Moshe Yaalon, Israel’s current Defense Minister: “I’m not losing any sleep over the Iraqi threat.”

In other words, it wasn't Israel that persuaded the American administration of the war's necessity, but rather the opposite: the U.S. enlisted Israel by arguing that American forces would be better positioned to deal with Iran once it had disposed of Saddam.

Over the past decade, as the U.S. Congress has voted for sanctions against Iran, the media has relentlessly portrayed it as a Jewish conspiracy. Associated Press reported that “nervousness about Tehran’s intentions in the region” is “a sentiment fueled by the pro-Israeli lobby whose influence reaches across party lines.” Even as Congress was voicing legitimate concerns about the Iranian threat to America, AP editorialized it as the narrow worry of the “pro-Israeli lobby.”

In 2011, Prime Minister Netanyahu’s address to a joint session of Congress received nearly three dozen standing ovations. Yet the New York Times maligned the huge bipartisan support as due – not to American officials sharing Netanyahu’s vision – but rather because of a powerful Jewish lobby controlling them: “With elections coming up next year, lawmakers appeared eager to demonstrate their support for Israel as part of an effort to secure backing from one of American politics’ most powerful constituencies, American Jews.” Stepping further over the line, columnist Thomas Friedman followed up with the assertion that Netanyahu's warm reception "was bought and paid for by the Israel lobby."

And so the rhetoric continues today, with well-intentioned critique of the Iran deal being framed by the White House as a partisan Jewish issue. In the words of Secretary of State John Kerry: "If Congress rejects Iran deal, Israel will be blamed."

As Elliott Abrams notes in the Weekly Standard:

The president... is here feeding a deep line of anti-Semitism that accuses... American Jews of getting America into wars. Of course this goes back [to] World War II and the accusations against Franklin Roosevelt, whose anti-Semitic critics called him “Rosenfeld”; the Internet is filled with such accusations. More recently, there was Pat Buchanan and his comments about the 1991 Gulf War: “There are only two groups that are beating the drums for war in The Middle East – the Israeli Defense Ministry and its amen corner in the United States.” Buchanan then called Capitol Hill “Israeli occupied territory.”

...That view is widely spread across the Internet as well, and is a staple of anti-Semitic sites and organizations.

Abraham Foxman of the Anti-Defamation League concurred, saying that the President's language could end up "fueling and legitimizing anti-Semitic stereotypes out there that Jews are warmongers."

There is no question that the Iran deal is controversial and touches on life and death consequences. Debate is needed, and well-meaning people who want the best for the United States and the world must have the ability to raise their concerns and vote according to the way they see it. Labelling those who disagree with the deal as traitors is a deeply troubling sign. It may be true that some people are too quick to throw the anti-Semitism card, but in this case I’m afraid the reasons are disturbingly valid.

Looking for God: A Lesson from a Survivor
Don’t Believe in Other Gods Versus God is One
Seeing Without Eyes
Why Shouldn’t We Eat Whatever We Want?
Comments
MOST POPULAR IN Israel
Our privacy policy
Aish.com Is Looking for Great Writers