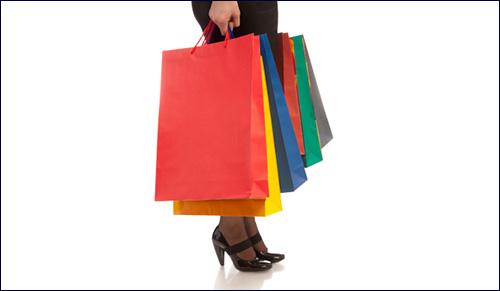 I think I speak on behalf of everyone when I say it is not easy to figure out what to buy people for Chanukah.

I think I speak on behalf of everyone when I say it is not easy to figure out what to buy people for Chanukah. Especially since there’s a certain disparity between how you picture things being used when you’re buying them and how they actually get used once you bring them home.

A bowling set is a great gift for my two year old, right? Wrong.

For example, someone recently got my two-year-old son a bowling set. It seemed like a great idea at the time. “He’s two years old! He likes throwing balls, and he likes knocking things over! Why not get him a bowling set?”

It turns out that the bowling is not nearly as much fun when you have to spend five minutes to walk across the room and set up all ten pins every single time just so you can spend one second knocking them over. Not to mention that two-year-olds need help setting them up, they throw the ball instead of rolling it, often in a random direction, and sometimes they decide to kick all the pins down before you’ve made it back across the room to give them the ball.

My son has pretty much given up trying to knock the pins over with the ball, and has resorted to “Daddy bowling”, which is when, instead of a ball, he uses his Daddy. He comes up behind me when I’m working, sets up the pins in a semi-circle, and then waits until I get up and trip over them. It was my genius idea to work in the same room as we keep the toys. “I’ll be able to keep an eye on the kids while I’m working!” I said. At least it’s not as annoying as those toys that play high-pitched music.

For the most part, I blame the packaging. A lot of the time, they show grossly idealized pictures of how you’re going to use the product. Take the average game box. It always shows a family sitting around, and they’re all grinning, like they cannot BELIEVE they are playing this game. Even the people who are losing are smiling. And even though there are like 4 or 5 people, they’re sitting on 2 sides of the game board, but no one is complaining or accusing each other of peeking at their cards. Plus all the game pieces are there -- no one’s using a bottle cap, or the spinner from an entirely different game. There are no baby hands coming up over the edge of the table trying to grab the cards. And sometimes, everyone seems to be moving his piece at the same time.

The boxes never show parents wrestling the package open or smashing the toy with a hammer because it will not stop playing the same three tunes, even though the batteries were taken out, or tripping over the pins and grabbing a swivel chair for support.

Of course, some products are misleading in concept as well. Like those laundry baskets that fold. You think, “Great! We need a laundry basket, and we don’t have a lot of room, but this one folds!” Yeah. When are you ever going to fold a laundry basket? Not when there’s laundry in it. So when it’s empty then? For the five minutes a week between the time you start folding laundry and the time you realize you’d rather do it in your pajamas?

Here’s another one: Someone recently gave one of my friends a ball pit for his kids. It seems like a good idea. You go to an indoor amusement park, climb into the pit, bury yourself under the balls -- why not bring all that fun home?

Because it’s 80 million balls, that’s why.

Actually, though, the home ball pit comes with about 30 balls, (you can buy more, but you’re not going to) and a kiddie pool that takes you six hours to blow up. The pool itself isn’t really big enough to hold all the balls either, let alone while your kid is in it, and you’re going to be tripping over balls for the rest of your life. How are you going to put this away? Deflate the pool? Great! Where are you going to put the balls? In the folding laundry basket? So basically, someone said, “Let’s get him 30 balls and a kiddie pool! For indoors! In middle of the winter!

Home innovations in particular are good at convincing you that you’re going to use things that you never will. And I’m not just talking about that blanket with sleeves that allows you to do all the things that, until now, you could only do if you – I don’t know – turned on the heat. Really, if you can’t figure out how to do things with your arms while wearing a blanket, then you might as well give up, because your lack of coordination is hurting the country.

Or how about those kitchen appliances – egg slicers, banana slicers, Slap Chops – that make cutting things easier? “Instead of cutting it twelve times, you cut it once!” Of course, if you can’t cut a banana twelve times, what makes you think you can wash something with twelve blades on it? I used my Slap Chop exactly once, cut myself washing it, and couldn’t operate a knife properly for a week. That was convenient.

Pocketknives seem awesome, though, right? They have so many tools on them that you can carry with you all the time! Except that the only tools you will ever use, besides the knife itself, are the tweezers and that little scissor that you operate with your thumb. Yes, there are people who need tools on them all the time – those people are handymen. And they don’t have a pocketknife. They have a tool belt and a truck. When are you ever going to have to use a screwdriver outside of the house? Are you running into things in the wilderness that you need to screw in? How classy are you that you buy bottles of wine that need corkscrews, but you can’t wait to open them until you get home? And honestly, you shouldn’t use a belt-hole puncher so often that you need to carry it everywhere. If you’re going to friends’ houses for meals and you need a belt-hole puncher, maybe you should ease up on the food for a second.

It’s not your fault, is all I’m saying. I think manufacturers should try harder to come up with products that are a little more practical for people to actually use. For example, I’m waiting for a pocketknife that has a toothbrush, a pen, a backscratcher (although arguably you could use the toothbrush), a screwdriver that’s actually small enough to fix your glasses, something to clean the snow off your car (so that you don’t have to dig in through the snow to get at the brush that you keep IN the car), and maybe a folding laundry basket, for when you’re a guest in someone’s house.

Ok, so there is a use for everything. Just not everyone needs it.

The Art of Napping