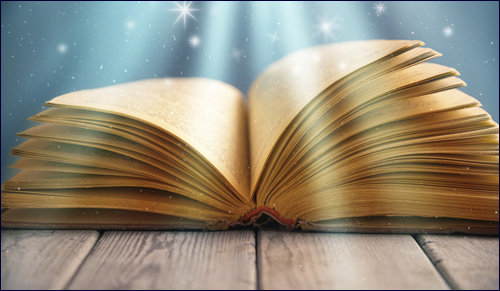 My Bubbie’s take on Rapunzel.

As a girl I always assumed that fairy tales spoke to everyone, crossing all cultural barriers. This theory was severely tested when I went to visit my Bubbie one afternoon who lived near us. I was nine or ten at the time and not the world’s greatest conversationalist. After exhausting small talk options, I heard myself say; ‘Bubbie, do you know the story of Rapunzel?’

‘Rapunzel was a beautiful princess,’ I began.

‘Ok, there’s a very poor couple and the wife’s pregnant and there’s not a crumb in the house to eat-’

‘So the man goes and steals his neighbour’s cabbages, but unfortunately his neighbour happens to be a witch-’

‘What a neighbourhood, burglars and witches,’ Bubbie tsk-tsked.

‘So the witch catches him and threatens to kill him, and he pleads oh please don’t and she says she won’t if he just promises to give her his unborn baby. So he does.’

‘Men,’ Bubbie raised an eyebrow, ‘will be men.’

‘So the baby grows into a girl and is locked up at the top of a tall tower by the witch, and every time the witch wants to bring her up food she calls, ‘Rapunzel, Rapunzel, let down your hair!’ and then the witch climbs up the hair.’

‘Rapunzel?! What sort of name is that for a nice Jewish girl?’

‘On his way to where? Idling about the place like all boys nowadays, I shouldn’t doubt. He should find himself a proper job. In my day there was no such thing as this Princing business, shouldn’t be allowed.’

‘He was actually on his way to have tea with his great-aunt,’ I firmly improvised.

‘Ah. I do like a polite young man,’ Bubbie approved.

‘So the prince sees beautiful Rapunzel let down her hair, so after the witch is gone the Prince yells up; ‘Rapunzel, Rapunzel, let down your hair!’ and she does, and he climbs up, and they fall in love-’

‘She didn’t notice the difference between his voice and the Witch’s? What is she, hard of hearing?’

‘And he still wanted to marry her?’

‘And she wanted to marry that gonif despite his breaking and entering into her tower?’

‘Why didn’t she phone the police? Not a sensible thought in her head, is there? It’s all that hair, not gezunt for no one, I’m telling you.’

‘She didn’t phone because the she had no reception, ok? Anyway, the prince leaves –’

‘Finally remembered the poor old aunt he’s meant to be having tea with...’

I took a deep breath and continued. ‘But the Witch was watching the whole exchange and she climbs up Rapunzel’s hair, cuts it off, throws Rapunzel out the tower –’

‘I’m telling you, it’s a dangerous world out there for well-behaved, law-abiding young ladies,’ Bubbie shakes her head. ‘Not,’ she considered, ‘that the poor girl would’ve had much chance at law-breaking, really.’

‘Then the prince comes again and shouts ‘Rapunzel, Rapunzel, let down your hair!’ and the witch lets down Rapunzel’s hair, and when the prince is halfway up she lets go and he falls off the tower into a bramble bush and goes blind.’

‘Don’t say ‘what’ to me in such a long-suffering voice, young lady! You haven’t thought it through! She’s deaf, now he’s blind, it’s a PERFECT SHIDDUCH!’

‘Well go on! Why have you paused? Is it the end? What a beautiful story! What a match! And so, you see, there’s someone out there for everyone, my darling! Maybe even for you one day!’

You know what? Maybe when the time comes I’ll get Bubbie to tell my kids fairy tales. That would be an interesting experiment...

Jewfro Diaries
G-d Time
Shavuot is The Holiday of Cheesecake and Blintzes
What Does Kosher Mean Literally?
Comments
MOST POPULAR IN Funny Stuff
Our privacy policy