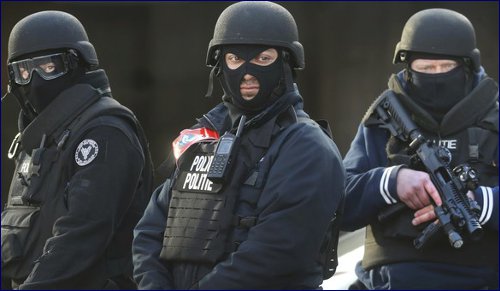 When will the world realize that Islamic terror has nothing to do with Israel?

In the aftermath of the horrific events in Brussels, as Islamist terror attacks struck at the heart of the European Union with a triple bombing in the Belgian capitol, the world surely needs to wonder. After all, comparable acts of terrorism always had an explanation when they were perpetrated in Israel. The media were quick to shed light on them and the United Nations didn’t hesitate to express their understanding: Jihad and the murder of innocent Israelis were the result of the occupation and the settlements.

But why are there the same cruel and brutal acts of indiscriminate killings in Brussels? Why the same shouts of Allah Akbar preceding suicide bombings and mass murders in Paris, in San Bernardino, and so many other places which seemingly have no connection to the occupation and settlements? How are we to explain, as Sohrab Ahmari pointed out in the Wall Street Journal, that “not a single day now goes by without an Islamist suicide bombing, rocket attack, shooting spree, kidnapping or stabbing somewhere in the world”?

Not a single day now goes by without an Islamist suicide bombing, rocket attack, shooting spree, kidnapping or stabbing somewhere in the world.

It is the height of foolishness and naïveté to divorce the events presently threatening European civilization from their parallel expression in the past decades in the Middle East, masquerading as merely a battle against a Zionist regime occupying a land to which they have no historical or legal claim.

What the West seemingly refuses to understand is that the Islamic slander against Israel and upon which it bases its entire justification for all of its brutal and ongoing attacks is the very selfsame idea it sees as rationale for world domination: It not just Jews who occupy a land that isn’t really theirs – it’s all the non-Muslim infidels who occupy countries which have lost the right to independent national existence as a result of their lack of faith. 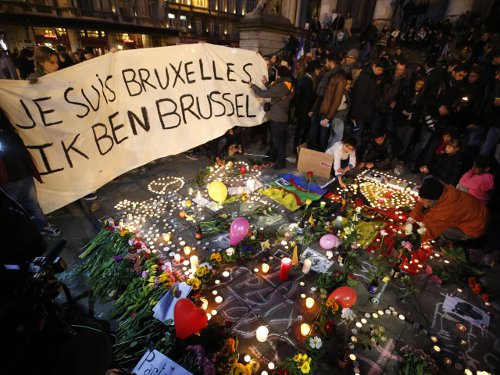 It is the global occupation by those who do not believe in Allah, of Brussels, of Paris, of Europe and of the United States, and the “illegal settlements” of those countries by those refusing to live by sharia law – which justify the daily acts of worldwide terrorism.

For some strange reason, Western obsession with political correctness refuses to acknowledge what Muslim theologians have no difficulty in expressing. Sheik Ahmad Al-Dweik declared in an address at the Al-Aqsa mosque that the “Caliphate” promised by Allah “will be the number one country in the world. It will fight the U.S. and will bring it down. [The Caliphate] will eliminate the West in its entirety. Allah promised that there would be an Islamic state, and that we would prepare for the West whatever strength and steeds of war we can, in order to strike terror in the hearts of the enemies of Islam and of Allah, until we become those who command and Islam rules [the world].”

Syed Abul Ala Mawdudi, a world-renowned Islamic scholar who traced his paternal ancestry to Mohammed, didn’t hesitate to explain it clearly:

“Islam is a revolutionary faith that comes to destroy any government made by man. The goal of Islam is to rule the entire world and submit all of mankind to the faith of Islam. Any nation or power that gets in the way of that goal, Islam will fight and destroy. In order to fulfill that goal, Islam can use every power available every way it can be used to bring worldwide revolution. This is jihad.” (Resurgent Islam and America, David Goldman, Pg.105)

Maulana Abul Ala Maududi, known as “the Godfather of Islam”, summed it up this way: “Muslim nations are very special because they have a command from Allah to rule the entire world and to be over every nation in the world.” (Ibid)

The terrorism experienced by Israel has been a preview of coming attractions for the entire world.

These are truths the media continues to refuse to publish. If they appear at all, they are invariably brushed aside as the lunatic ravings of an extremely small substrata of Islam, in no way representative of the majority who represent “a religion of peace.” And yet they clearly are the truths which guide the actions of the suicide bombers and the mass murderers who have now moved their focus from Israel to all of Western civilization.

Western leadership needs at long last to recognize that the Islamic code words of “the occupation and the settlements” were never meant simply to strike out at the Jewish people. In the eyes of a faith that is bent on world domination, they refer just as much to the sins of all infidels, be they in the capitols of Europe or the major cities of America. And for that reason it is long past time to recognize that the terrorism experienced by Israel since its founding has been nothing less than a preview of coming attractions for the entire world.

Watch: Joel Rubinfeld, founder of the Belgian League Against Anti-Semitism, on the future of Europe, by J-TV