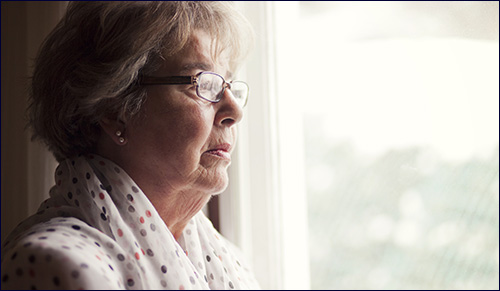 My daughter has run off and my son-in-law won’t let me see my grandsons. Should I continue to help them out?

My 42-year-old daughter disappeared leaving two boys with their father six years ago. He is a good man who struggles to bring them up. We help in many ways. I located her eventually on Facebook. She changed her name, joined a church and got baptized. She lives about 150 miles from us. I arranged, after much persuasion, for her to meet me in a "neutral place" even though it meant travelling all that way. She laid down strict rules for conversation: No talk of the past or her children, only her new-found joy in her new religion.

The next day I found her "testimony" on Facebook which denounced her late father and me as being abusive parents, total ranting and spreading blatant lies. I was angry and very upset at first, and am still having difficulty coming to terms with it. For my own welfare I don't feel that I want to make any more attempts to contact her. Her oldest son now seems to be adjusted to the situation. He is 15. The youngest who is 9 has stopped talking since his mother left and is going backwards, now requiring special schooling.

The father is in a new relationship which seems to be benefitting the family but he has stopped them from seeing me although I still invest money for the boys’ welfare. What's the best course of action I should take? The oldest boy needs my help to pay for his education and I'm happy to keep doing that. I just wish that someone would say thank you.

Wow; what a painful situation. It sounds really awful and I can only begin to imagine how hard it is to deal with – one hurt and disappointment after another. You don’t seem to have a lot of options; your choices are limited. If you’re asking if you should continue to help the boy financially, what can I say? He’s your grandson. Although he’s not seeing you at the moment, he may need you some day and it would be good for him to know that you have always been there for him.

Receiving thanks is very nice – and frequently very appropriate – but we can spend our lives waiting for that or we can just get on with the business of living – and giving. You are helping out your grandson because you love him and you want the best for him. If you’re really “happy to keep doing that” then keep doing it! Getting a thank you is irrelevant. His father may be too damaged or preoccupied or overwhelmed to thank you and your grandson may be too young to appreciate it.

Hopefully at some point in his adult life he will recognize what you did for him and express his gratitude accordingly. But even if this never happens, you can still take pleasure in the fact that you were there for your grandson when he needed you. As I’ve said many times, we have a choice in life to either be a giver or a taker. Our choice is not dependent on how others respond to us, whether they are grateful or not. Just continue to be a giver. Your grandson may not appreciate it but the Almighty sure does!

Down and Out in Jerusalem

A few months ago, I rented an apartment in downtown Jerusalem after making an agreement with the landlord that I would make certain improvements. He offered to reimburse me a certain sum but when I called a few contractors, they gave me a much higher quote (4 times bigger), due to the fact that the walls are crooked. The landlord refused to cooperate and said I could leave on condition I found another tenant. When the strong rains of winter fell, the walls started filling with mold and horrible fumes came out of the sewage system; the walls started shedding the paint and the house became infested with bugs. I had to throw away mattresses and infested furniture. The prospective tenant I found changed his mind when he visited a second time and smelled the scent (not of roses) so I lost my opportunity to move into a more decent apartment.

Given that apartments are few and far between and prohibitively expensive, I asked the landlord to give me another couple of months but he is pressing me to leave and sending me prospective tenants to avoid losses. I am wondering if I should contact the Jerusalem Municipality and the health services to report that this apartment was built illegally and is in fact toxic. The living area was an open patio, barely covered with a leaking roof in winter and the sewage system is thus exposed, causing the problems with smell, mold and bugs. I also thought I could point out the problems, not only to prospective tenants, but also publicize the state of the apartment on apartment hunting sites so nobody else inherits this ordeal. I have a desire to take revenge, not only for having been taken for a ride but also because I am not young and moving every few months is difficult.

Your situation certainly sounds very frustrating and, being human, I can empathize with your desire to take revenge. But you are writing to me because you know that it would be a mistake. There are multiple reasons for this: The Torah prohibits us from taking revenge because we have an obligation of ahavas Yisrael, love of every Jew. Maybe there is something you don’t know or understand about the situation. Maybe there is something your landlord doesn’t know or understand. Maybe there is a way to judge him favorably. Or maybe there is a way to look beyond these frustrations and see the real person inside.

I don’t know. All I know is that the landlord is, like you and me, one of the Almighty’s children. The Almighty loves him and we have an obligation to do the same.

On a less lofty level, another reason not to take revenge is not because of how it will impact your landlord but because of how it will impact you. Do you really want to become that kind of person? Do you want to lower yourself in that way? Obsessing about someone else’s bad behavior is not only corrosive to our souls but it gives them an inappropriate amount of power. They are like terrorists residing in our heads. We shouldn’t let them determine or control our moods or behaviors. We will not like the person we become if we give in to our desire for revenge and, even if you are successful in making your landlord’s life miserable, what will you have gained? You will still need an apartment. It will just add aggravation and misery to your life.

Additionally, we believe that everything happens for a reason. As frustrating and annoying as this situation (and this landlord!) may be, there is something for you to learn. There is an opportunity for growth. The Almighty has allowed this to occur so that you can deepen yourself. Don’t waste the opportunity. Forget about your landlord and look inside to see how you can become bigger, not smaller from this experience.

To Botox or Not to Botox

God Has a Sense of Humor
Olivia Newton John’s Grandfather was a Nobel-Prize Winning Jewish Physicist
Don’t Believe in Other Gods Versus God is One
Seeing Without Eyes
Comments
MOST POPULAR IN Current Issues
Our privacy policy
Aish.com Is Looking for Great Writers