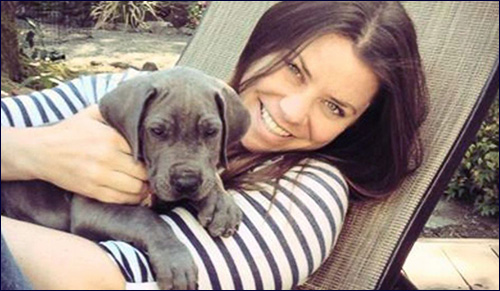 A Jewish perspective on assisted suicide.

Brittany Maynard got her last wish. The beautiful 29-year-old who recently appeared on the cover of People magazine and has been featured in hundreds of news articles took her own life last week in order to avoid the slow deterioration and pain of the debilitating illness with which she had been diagnosed.

As a post on her website said, "Brittany chose to make a well thought out and informed choice to die with dignity in the face of such a terrible, painful, and incurable illness. She moved to Oregon to pass away in a little yellow house she picked out in the beautiful city of Portland." In a statement, Compassion & Choices, an end-of-life choice advocacy group that had been working closely with Maynard, said she "died as she intended – peacefully in her bedroom, in the arms of her loved ones."

Maynard was diagnosed with a malignant brain tumor last January, barely a year after she and her husband were married. After several surgeries, doctors said in April that her brain tumor had returned and gave her about six months to live. She moved from California to Oregon to take advantage of that state's law which allows assisted suicide – one of five states in which the practice is legal.

Maynard is survived by her husband and his family, her mother and stepfather. And in the aftermath of her death the media have reported the remarkable support her life-ending decision seems to have garnered from the public.

It is hard not to feel compassion for this young woman who movingly explained her resolution on CNN.com: “I do not want to die. But I am dying. And I want to die on my own terms. Having this choice at the end of my life has become incredibly important. It has given me a sense of peace during a tumultuous time that otherwise would be dominated by fear, uncertainty and pain.”

Only the One who has given you the gift of life has the right to end it.

Addressing the issue of choice last month in an opinion piece, she qualified her decision:

"I would not tell anyone else that he or she should choose death with dignity," she said. "My question is: Who has the right to tell me that I don't deserve this choice? That I deserve to suffer for weeks or months in tremendous amounts of physical and emotional pain? Why should anyone have the right to make that choice for me?"

But her reasoning has now, after her death, made her the indisputable spokesperson for a movement – the movement that seeks to legalize assisted suicide under the benevolent guise of “death with dignity,” Its credo is based not only on glorifying the choice of self-inflicted death but implicitly disparaging those who select to continue their battle for life in spite of its burdens as nothing less than “undignified.” Brittany Maynard has unwittingly become the face of Compassion & Choices, and for its advocates for legalizing suicide we need to respond with a voice that merges compassion with morality.

The Response of Faith

Let me be clear. Had Brittany Maynard come to me while weighing her decision to ask for my input I would’ve shared with her my ambivalence between faith and feelings. I could understand her fear of facing an unbearable future. I could empathize to the best of my ability with her desire to avoid seemingly certain horrors. Yet to her question – who has the right to tell me that I don’t deserve this choice? – I would have to answer: “Only the One who has given you the gift of life has the right to end it.” Taking the life of another is called murder. It is not because we have no right to take someone else’s life. It is because we have no right to take away life. So too, we have no right to take away our own existence from this earth.

But shouldn’t we have compassion for those forced to endure future pain? My feelings beg me to consider the hardships; my faith reminds me that my concern is assuredly not greater than God’s, who is all merciful, all kind, and all loving and yet has still not decreed death.

Suicide is disagreeing with a Divine verdict for life.

Suicide in the simplest sense is disagreeing with a Divine verdict for life. To the question of why? – Why should I continue to live when I am in so much pain? Why should I go on when I am only a burden to others? Why should I stay the course when the end I desire is in any event inevitable? – we can only find comfort in God’s response to Moses when asked to “show me your glory – let me understand your ways”: “Man cannot see Me and live… I will pass before you and you will see my back, but my face you shall not see” (Exodus 33:18 – 23). As mortals we can never fully grasp the why of God’s management of the universe. Yet there is one truth that often serves to give us a glimpse of His wisdom. We can never see His face; as life unfolds in its mysterious ways we are often perplexed by its seeming cruelties, bewildered by its inexplicable hardships. Yet oft times we can see “his back”; in retrospect, events take on meaning, difficulties recognizable as having had purpose.

It was Kierkegaard who profoundly remarked “The greatest tragedy of life is that it must be lived forwards and can only be understood backwards.” For those who cannot understand the why of their suffering the response of faith asks to withhold judgment. Divine wisdom is greater than ours. And for people of faith it endows even years of pain and anguish with deeper meaning – both for our own souls as well as opportunities for others to express noblest acts of self-sacrifice and devotion.

What needs still to be said is the danger of confusing compassion for Brittany Maynard with the kind of approval for her decision that has already made itself manifest in many circles. Assisted suicide poses a real danger to people with disabilities. Who is to say when multiple sclerosis or ALS are classified as “terminal”? Who will make the determination whether disabilities deserve death as ideal option? In the Netherlands, for instance, doctors are free to decide whether a child born with a disability should live. The government has come up with a guideline of standards and if the medical team believes that the child – or the parents – would face significant suffering, then that infant can be euthanized.

More worrisome still, Marilyn Golden of the Disability Rights Education & Defense Fund in Berkeley is concerned that Maynard's story distorts the larger picture. "For every individual with a happy family who's not at risk for abuse, there are many other individuals who may be subtly steered toward assisted suicide by their insurance company or pressured by their family." Golden worries lest "profit-driven managed health care" subtly steer the sick in the direction of – what's the word? – Dignity. Miller wonders whether in the new world of choice, there still will be a place for "people who are sick and beyond their utilitarian function."

Suicide does not end suffering; it ends hope.

People in this country have bought into the premise that one really is better off dead than disabled. There is a powerful slippery slope when legitimizing pain and disability as sufficient warrant for suicide. It is but another way of defining people with certain infirmities as unworthy of life – and those of us old enough to remember can recall that Nazi Germany began by exterminating what we today call the mentally challenged and eventually moved on to genocide of a “racially inferior” people.

On a Personal Note

Readers of my articles on Aish.com may recollect my sharing with you the diagnosis I received in which my doctor informed me that I had a fatal illness for which there is no cure. Research on the Internet informed me that from the time of diagnosis I would have no more than six months to live. That happened almost three years ago. With great thanks to God and in almost all certainty as response to my prayers and the prayers of countless others, I feel fine today and hopefully look forward to the proverbial 120 years of life.

All that is but another way of saying that suicide is wrong for yet another reason: It does not end suffering; it ends hope. It fails to admit the possibility for recovery, for medical miracles, for divine intervention.

Suicide today is the 10th leading cause of death in the United States. I mourn for Brittany Maynard and all those who have opted for her solution to pain and suffering. My purpose is not to condemn them for their decision but to pray that all those contemplating taking their own lives choose the way of hope over despair, the way of faith over the feeling of abandonment by a loving God.

The Jewish View of Cremation

Jewish Burial: Sacred Kindness
Deep Breaths
What Happened to the Truth?
The Japanese Everything Bagel Spice Recipe
Comments
MOST POPULAR IN Lifecycle
Our privacy policy