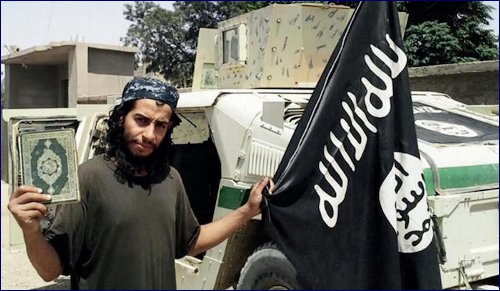 Why are there Muslim ghettos in Belgium but not in the United States?

Long before Tuesday's terror attacks in Brussels, it was clear that Belgium had become a breeding ground for Islamist extremists. Hundreds of Belgian Muslims – as many as 500, according to one estimate – have gone to Syria and Iraq to fight for ISIS, making Belgium by far Europe's leading supplier of foreign jihadists. Last November's horrific slaughter in Paris was masterminded by a Belgian radical, Abdelhamid Abaaoud, and at least four of the men who carried out those attacks were from the Brussels district of Molenbeek. One of them was Salah Abdeslam, who was captured in Molenbeek, after an intense manhunt, on March 19. 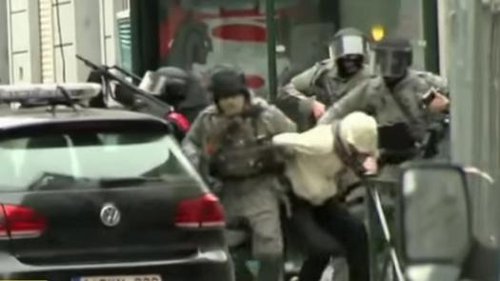 For Islamist imams and terrorist ringleaders, such neighborhoods – heavily Muslim, densely populated, with high unemployment and crime rates – have proved fertile territory for recruiting violent jihadists. "There is almost always a link with Molenbeek. That's a gigantic problem, of course," Belgium's prime minister said after the Paris atrocities.

But it's only recently that the country's security officials began confronting that "gigantic problem" with an appropriate sense of urgency. The New York Times reported last fall that weeks before the Paris attacks, Molenbeek's mayor, Françoise Schepmans, was given a list of more than 80 Islamist terror suspects living in her district. She took no action and was unapologetic even after three of the men on the list took part in the Paris massacre.

"What was I supposed to do about them?" Schepmans told the Times. "It is not my job to track possible terrorists."

That jaw-dropping complacency helps explain how an ISIS fifth column has been able to operate with such brazenness in Western Europe. But incompetent policing doesn't explain why Muslims living in neighborhoods like Molenbeek, or in the banlieues outside Paris that have experienced violent riots, should be susceptible to Islamist radicalization in the first place.

Muslim communities, after all, are not inherently predisposed to violence. The presence of a sizable Muslim population in a non-Muslim-majority country does not inevitably presage jihadist bloodshed or demands for the imposition of sharia. It is true that some 650,000 Muslims live in Belgium, but five times as many – 3.3 million – live in the United States. Why hasn't America become a hotbed of Islamic extremism? Why aren't American Muslims by the thousands flocking to fight for ISIS, Al Qaeda, and other terrorist organizations? Why, despite the efforts of Islamist pressure groups such as the Council on American-Islamic Relations (CAIR) – a Muslim supremacist operation that masquerades as an advocate for civil rights – are most American Muslims intent on adopting America's customs and way of life?

The United States has been far more successful at assimilating and integrating Muslim immigrants into American society and culture than has Western Europe. There are no Muslim ghettoes here like those in Molenbeek or the Paris suburbs, where authorities turn a blind eye to antisocial behavior and aggressive incitement by radicals preaching jihad. Of course there have been some heinous exceptions, such as the Tsarnaev brothers, the Fort Hood shooter Nidal Hassan, or the killers in San Bernardino. And mosques in American cities have often been built with funding from Saudi Arabia, which promotes a harsh and puritanical version of Islam.

Nevertheless, at the grass-roots level, Muslims in the United States, like other cultural and religious minorities, have had no problem acclimating to mainstream norms. In a detailed 2011 survey, the Pew Research Center found that Muslim Americans are "highly assimilated into American society and . . . largely content with their lives." More than 80 percent of US Muslims expressed satisfaction with life in America, and 63 percent said they felt no conflict "between being a devout Muslim and living in a modern society." The rates at which they participate in various everyday American activities – from following local sports teams to watching entertainment TV – are similar to those of the American public generally. Half of all Muslim immigrants display the US flag at home, in the office, or on their car. 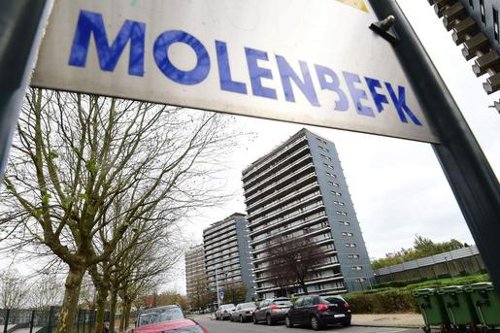 "There is almost always a link with Molenbeek,"
Belgium's prime minister said after the Paris atrocities.

Given America's wars in Afghanistan and Iraq, the bloody battles with Islamic regimes and insurgents, and the threat to homeland security from "lone wolf" terror attacks, it might seem surprising that Muslims in Detroit or Brooklyn aren't at least as alienated as those in Molenbeek. But they aren't. For despite the rise of identity politics and the balkanizing pressures of multicultural correctness, America's melting pot still works. Generations of Muslim immigrants have come to America to escape repression, poverty, or war in their homelands. The life they have made for themselves here has been freer, safer, more prosperous, and more embracing than the existence they left behind. There are tensions, but not enough to keep most Muslims from fitting themselves comfortably into the American mosaic.

At a time when populist demagogues are doing so much damage to our social fabric, it is well to remember why Molenbeek is a European phenomenon, and not an American one. At the core of the American experience is a conviction that immigrants who come to America can and should become Americans. Patriotic assimilation turns profoundly dissimilar foreigners into proud and happy Americans. "Muslims in the United States," Pew found, "reject extremism by much larger margins than most Muslim publics" around the world.

Americanization – E Pluribus Unum – is not only a key ingredient in the American Dream. It also keeps us safe.

This op-ed originally appeared in the Boston Globe.

Making Room for Moderates
Should I Break Up, Get Engaged or Keep Dating?
Time Is Your Precious Commodity
A Constant World in Flux
Comments
MOST POPULAR IN Current Issues
Our privacy policy