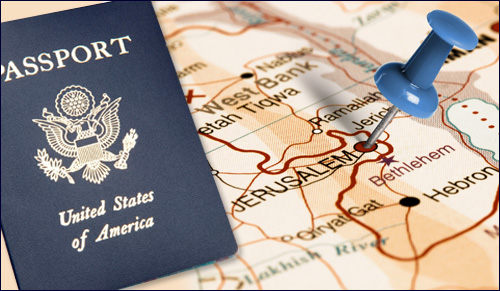 Despite the ruling of the Supreme Court, my great granddaughter was born in Jerusalem, in the country of Israel.

Last week was one of those incredible moments when unbounded joy was forced to contend with unparalleled pain. The happiness was a personal gift from the Supreme Ruler of the universe – a gift which can't truly be described. The hurt was from the Supreme Court of the United States – a decision which can't really be understood.

The good news first: My granddaughter gave birth to a beautiful girl. That allows me to preface the word grandfather with the new title of great – indicating that sometimes greatness can be achieved by the simple fact of longevity. And for all those not yet similarly blessed, let me try to give you a sense of its meaning.

Yes, grandchildren are wonderful. They are your children without the aggravation, the grantors of pride without the requirement of constant care and discipline. Grandchildren, as a humorist put it so well, are God's gift to you for not killing your children. But great grandchildren – ah, they are a totally different category. They come when we are wise enough to understand their value, to appreciate their potential, to recognize how they can validate our life's meaning. They make us grasp the profound feeling of love we thought we previously knew in our hearts. As it's been said, just when you think you know all love is, along come great grandchildren...

My great granddaughter was born in Jerusalem. Right now I am in Israel. And concurrent with her birth came the news from America that I am the great grandfather of a child born without a country!

Bowing to political pressure, the Supreme Court of the United States has given legal sanction to perhaps the most outrageous perversion of history: Jerusalem is not Israel. The sanctity of the holy land, the heart of its holiness and the source of its connection to our people for millennia, has been cruelly denied – as if decisions from Washington could overturn historic reality and politically motivated judgments undo the parentage of the city of David and its selection by God as the capital of the holy land.

It is a remarkable irony that the very choice of Jerusalem as site of the Temple was determined to be in the area allotted to the tribe of Benjamin. What made this tribe above all others worthy of this unique honor? Why was Israel's capital city in the land designated for the youngest and smallest of Jacob’s children?

Jewish tradition teaches that it was to emphasize one major teaching. There was a moment in the life of Jacob which troubled our sages. Upon meeting his brother Esau, Jacob – out of fear and unwarranted respect for his evil brother – bowed down to him. So too did Jacob’s children. The holy Temple could not be built in the territories belonging to bowing, obsequious Jews. Only Benjamin did not participate in this act of servility. Only Benjamin did not bow down to Esau – because he was not yet born. So that is why Jerusalem had to be in the land of Benjamin. So that we know and forevermore remember that holiness does not cower before the profane, that sanctity does not compromise with wickedness, so that the place in which the Temple would define our close relationship with God would always give us the courage and strength to oppose those seeking to destroy our faith and our people.

And that is why I found it so remarkable, when I bewailed the fact that my great granddaughter, according to this latest ruling of the Supreme Court, was to be a "woman without a country" that a friend tried to comfort me and told me I would just "have to bow to the court's ruling". Because that is exactly the one thing neither I nor any Jew ought to do in the face of this outrageous insult to our spiritual capital.

Bow to the wisdom of the Supreme Court – all three of whose Jewish judges ruled against the ancient link between Jews and Jerusalem? Not for anything in the world would I nor should any Jew forget that Jerusalem is the city of Benjamin. For Jerusalem we will never bow to those who oppose us, nor be silent to those who seek our destruction.

In the words of the Psalmist, we will always declare, "If I forget thee, Jerusalem, may my right hand wither."

So allow me to share with you, according to the highest court not of the United States but of the world, that my great granddaughter was born in Jerusalem, in the country of Israel.

The "Occupied Territories": A Primer

Six Days To Remember – Accurately
The Promise Of The Land
Which Chat Are You On?: Parshas Behar/Lag Ba’Omer
Do You Like Slow-Cooked Food? Thank the Jews
Comments
MOST POPULAR IN Middle East
Our privacy policy