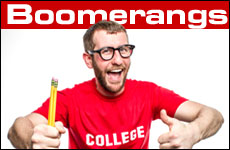 My grown son moved back in with me, and sure I love him, but seriously – enough already!

A while back, I saw a fascinating smartphone commercial. An excerpt: Parents bidding farewell to their 25-year-old daughter, she guns her loaded car, moving out. After a few weepy moments, Mom and Dad look wistfully at the phone, then at one another.

Then they turn her room into a spa, hop a plane and land on the Storm Slide at Disneyworld’s Typhoon Lagoon.

Now, for a little “reality” add-on: While sliding happily, the fancy phone rings. Guess who? It’s the 25-year-old daughter. “Roomie nightmare! No private bath! A dust-mite couldn’t live here! Will be back home when you return. Don’t worry! The spa people took your stuff back! Love ya.”

They’re the sounds of 80 million “echo-Boomers.” They’ve earned the title. If we’re “Boomers” they’re “Boomerangs” who grudgingly can be heard reverberating: “I’m back … back … back.” 30, 40, even 50 -year old progenies, in temporary mini crises or in “search of themselves,” are jumping into and out of our downsized abodes like Pop Tarts.

Recently my grown son moved back in with me after his roomie lost his oddball little house by defaulting on the mortgage. So with no place to go, we agreed that he should move back in -- with me. In addition to his “stuff” he also brought ’tude. Translation: “I’m-an-adult-moving-back-in-you’re lucky-so don’t-bug- me.”

The question of whether I was bugged didn’t quite make it to the ’tude. The “Boomerang” generation just assumes that we, like the Jewish joke hype: will be thrilled to have our adult progeny back and shall bask in the beauty that is “them.” Despite his notion that I couldn’t live without him holed up in his room, guess what?

He was mostly wrong.

To clarify, I adore my son, but enough already! Contrary to the Boomerang Belief, we Boomers don’t have Ace bandages draping our bodies – or our minds. We actually enjoy some privacy, and like going out for more than an “airing.”

When your prodigal returns:

Forget Felix and Oscar. We’re the original Odd Couple, only we’re both different “Oscars” who can’t seem to say two intelligible words to one another without drawing swords or big kitchen spoons. How strange, as half his DNA is mine. Obviously they were either lost down the birth canal, or our molecules, when mixed, could take down a galaxy.

He showed up with 100 boxes, and enough wiring to electrify Papua, New Guinea.

Of course, he didn’t figure that in a two-bedroom, I might have to move my office. “You can use it as a second bedroom … when I go,” he said, helpfully.

All precious reference books, files, hard copies, assorted papers, and matchbook covers moved to my once lovely dining room. My son, “Oscar 2,” and I had a slight disagreement over “organization.”

I’ve spent decades perfecting my “system.” I live by it.

My son is the only human I know who actually kept the label maker someone gave him for Chanukah. He was eager to use this atrocious machine to “organize my office,” now in a room 2 by 4. We did “label” a file -- in just over an hour: “Mom’s Ideas That Never Went Anywhere.” Only 5,000 more to go.

After File two, “Tax forms, 1990,” I knew we were in trouble. So, we “dumped.” All my precious “stuff,” is now on the former dining room floor, as he’s settled into the second bedroom, adorned with empty Coke bottles, fast food cartons – and wires.

Food: Since his “independence,” he’s adapted a diet suitable to anorexic buffalos which strangely allows shmaltz but no cottage cheese. We segmented the fridge into “Mom’s chazzerai and Mine.” The rule” is, I don’t touch his stuff, however, my stuff is his.

The rule is, I don’t touch his stuff, however, my stuff is his.

Climate Control: I’m older and colder. I’m also one of those “turn the lights and air conditioner ‘OFF’ people.” I hunt leaking electricity like a nuclear reactor. He, in the bloom of youth is strangely sweaty at 110 degrees. The games started: He puts on the central air, I sneak in and turn it off. He sneaks out and turns it on. I’ve lost 10 pounds just from the running and turning.

Washing & Drying: Remember when we sorted laundry by “whites” and “colors?” Since his “independence,” heaven forbid we should “mix” our stuff. We wash by “his” and “mine.” No doubt he fears that if my sweatshirt touches his, he’ll be afflicted with mutant cellulite.

Wires: His bedroom is more plugged in than Comsat. He’s got big and small screens, apps, and appliances Homeland Security hasn’t yet invented. Where they end up? Maybe Pluto. All I know is I’ve spent 20 hours arguing with my cable company that we’re not planning an attack on the Stratosphere.

HIM: “You bother me too much.” Given his knowledge of the DW (Digital World), my Boomerang sees me as a techie moron in constant need of HELP, when my computer alerts smoke alarms. OK, so maybe he’s right. What’s particularly annoying is after I’ve spent hours to locate which wire is signaling the Fire Department, he’ll walk in, sigh, CLICK on something, and Boom. Fixed. “You bother me too much” also applies to queries such as “So, what are you studying this semester?” or “What’s your major?” I’ve been compared to the Spanish Inquisition.

ME: “You bother me too much.” He, on the other hand, feels free to ask me to count the hairs on his head before a date – and after. More, he leaves cabinets open (“What’s the difference? This way we’ll see what’s in them.” Right.) Between my “rule” of shutting off lights and his inability to close a kitchen cabinet, or actually toss stuff in the garbage, I’ve suffered several minor concussions.

Trust me, mamalas. Once they’ve “tasted” freedom, coming “home” is an exercise in mutual regression. I now ask if he wants Oreos or fig bars with his Metamucil. He assumes mama will wallow in joy as he leaves empty cartons and soda cans around, which he’s sure I’m just dying to dump. On his own, he was a neat freak. Now, his stuff has turned us into “Sanford & Mom.”

The Boomerangs, a generation that has never ridden anything without a helmet/ seat belt, or eaten in a cafeteria that serves peanut butter, is a new breed; over-managed, over-expected, over-belted, over-entitled.

In South Pacific, there’s a song, “You Have to be Carefully Taught.”

As a therapist and a Mom, I have to ask the Boomer and Boomerang generation … were they? Oy. 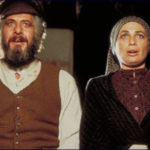 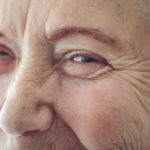 Can I Say That?5 min read 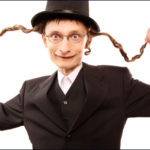 Frum or Not Frum?4 min read 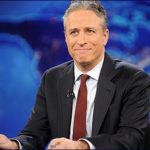 It Could be Worse6 min read