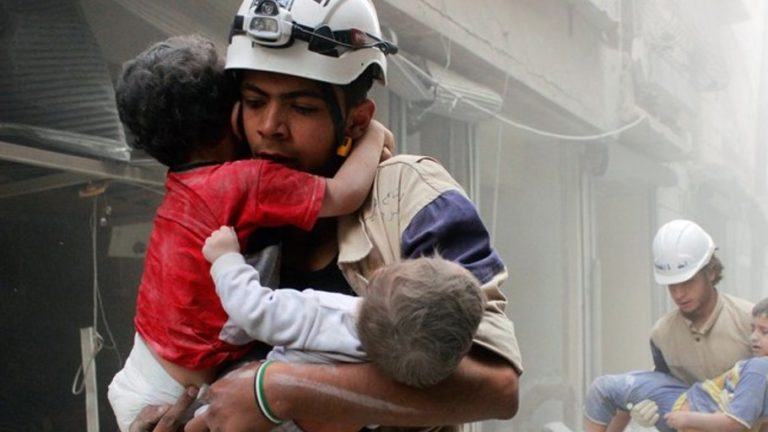 Even in a world where Israel is routinely blamed for a remarkable variety of problems, this one is a first: Israel is being blamed by the New York Times for “creating friction” with Syria’s maniacal dictator by rescuing hundreds of Syrian civilians.

Israel last week saved the lives of more than 400 Syrian relief workers, known as the White Helmets, and their families, by bringing them out of war-torn Syria, across the Golan Heights and into the safety of neighboring Jordan.

Since the White Helmets are aligned with the Syrian opposition, and Syrian leader Bashar al-Assad has repeatedly demonstrated his willingness to use poison gas against opponents of his regime, the Israelis almost certainly saved them from a horrible fate.

But here’s how the operation was reported in a July 25 news article in the New York Times: “Israel, in a move that may have created more friction with Syria, also helped move rescue workers belonging to the group known as the White Helmets…”

Unlike most countries, Israel has a record of intervention rather than abandonment.

Syria has been at war with Israel since the day the Jewish state was established 70 years ago. Syria was developing nuclear weapons to use against Israel until the Israeli Air Force intervened and Syria has long been a major sponsor and shelterer of anti-Israel terrorist groups. But the rescue of 400 Syrian civilians is what’s “creating friction”? 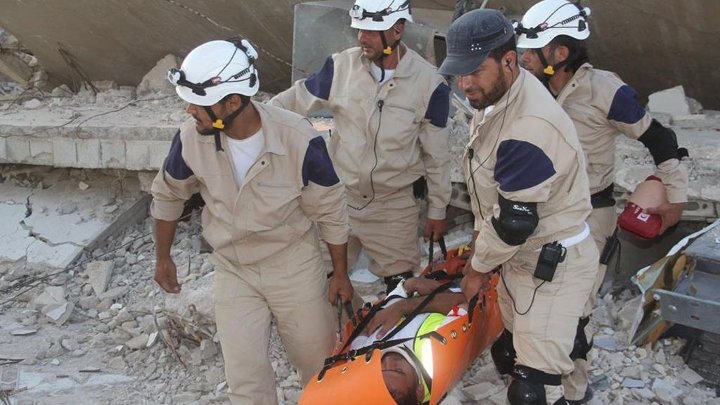 This isn’t the first time that those who have rescued targets of persecution find themselves blamed for irritating the persecutors.

In 1940, American journalist Varian Fry, assisted by dissident diplomat Hiram Bingham IV and others, organized an underground rescue operation in the part of France ruled by the pro-Nazi Vichy regime. They saved more than 2,000 Jewish and other refugees, mostly by smuggling them over the Pyrenees and into neighboring Spain.

The Nazis and their French puppets complained to Washington about Fry’s actions. In the years before the US entered World War II, the Roosevelt administration maintained friendly diplomatic and economic relations with Nazi Germany. It didn’t like the idea of rogue rescue activists “creating friction” with Hitler.

So Secretary of State Cordell Hull sent a telegram to the US ambassador in Paris, instructing him to inform Fry that “this Government can not, repeat not, countenance the activities of… Mr. Fry and other persons, however well-meaning their motives may be, in carrying on activities evading the laws of countries with which the United States maintains friendly relations.”

When Fry refused to desist, the administration declined to renew his passport, thus forcing him to leave Europe, and transferred Bingham out of France. Their rescue operation ground to a halt.

Sadly, the Roosevelt administration’s response to the Nazi genocide was typical of how America has reacted to mass murder abroad during the past century. There have been a few exceptions, of course, such as the Clinton administration’s belated intervention against ethnic cleansing in the Balkans, the Obama administration’s rescue of thousands of besieged Yazidis, and the Trump administration’s missile strikes against Syrian chemical weapons factories. But those were the exceptions that proved the rule.

Israel, by contrast, has a record of intervention rather than abandonment. It was Israel that, in 1977, rescued Vietnamese refugees who were drifting on the high seas, when no other country would take them. And when other countries were doing little more than paying lip service to the suffering of famine victims in Africa in the 1980s, it was Israel that sent its planes to rescue tens of thousands of starving Ethiopian Jews.

Maybe the Israelis by now have become accustomed to the fact that their humanitarian efforts around the world often receive little or no attention. Perhaps they were not overly exercised by the fact that the French government, which played a very minor role in last week’s operation, did not even mention Israel in its official statement about the rescue.

But there’s a world of difference between not acknowledging Israel’s action – which is petty and ungrateful – and blaming Israel for “creating friction” with Syria – which is simply unconscionable.

Who is Guilty of War Crimes in the Gaza War?

Israel's Gift to a Terrorized World

Eradicating the Right to Self-Defense

Lessons from the Fight against Terrorism
G-d Time
Shavuot is The Holiday of Cheesecake and Blintzes
What Does Kosher Mean Literally?
Comments
MOST POPULAR IN Middle East
Our privacy policy