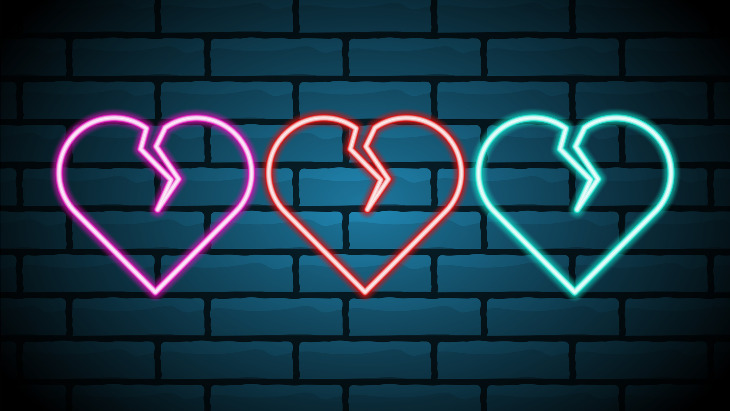 I was faced with the challenge of forgiving the unforgivable.

We were closer than brothers for over two decades.

Until he broke my heart.

I have never been so emotionally pained in my entire life.

David and I met when we were in our late teens. We immediately clicked. We shared interests, hobbies, and developed a deep trust and loyalty for one another.

I shared the most intimate thoughts and feelings with him and he did the same with me. We went places together. We hung out together. We enjoyed being around each other. It was the kind of close life-long friendship which is not too common to find.

The friendship survived the test of time, living in different locations, marriage, children, stress, pressures, the twenties, the thirties, and beyond.

Eventually, we were both living once again in the same city and the friendship continued to thrive for many more years.

And then one fine day, without any warning whatsoever, David called me and said, “I do not want you to contact me for any reason for the foreseeable future. Nor will I contact you. Our friendship is over. Don’t worry. I’ll be okay. But we just can’t be friends anymore.”

How could David betray our loyalty, friendship and trust that we had built for over two decades?

How could David betray our loyalty, friendship and trust that we had built for over two decades? I felt hurt like never before.

And I worried about David and his extremely strange behavior.

I thought that I must have severely upset or insulted David, though I couldn’t recall anything I may have done. I pressed him and David had insisted that wasn’t an issue. So, what was the issue?

I waited around two weeks, and numerous calls went unanswered, emails disregarded. He was totally ignoring me.

Finally, I left him a very clear voicemail saying that after all we had been through what he was doing to me was extremely unfair. I deserved the courtesy of a face to face conversation and a real explanation as to what was going on.

Later that day, David called me back and asked to come over. I thought I was finally going to get an understanding as to what in the world had overtaken my best friend. But I got nothing of the sort. Instead David yelled at me for, in his words, not being a true friend in just leaving him alone.

He left and I cried for a long time, mourning our longstanding friendship that died for no apparent reason.

It was a complete mystery to me. I racked my brains to try to figure it out but there was truly nothing I had done wrong to him and David refused to discuss it.

Our wives remained friends. Our kids went to the same school. We bumped into each other every so often. I felt extremely angry and hurt. It was as if I was experiencing the stages of grief over someone dying.

I needed to forgive, but I couldn’t. My hurt ran so deep.

How do you begin to forgive someone?

Maimonides encourages us to be very open:

If one is hurt by someone else. . .he must make his pain known to the person who wronged him. . . If he requests forgiveness, one has to forgive him. (De’ot 6:6)

So, I decided to try and explain to David what he had done that had wounded me so greatly. I wrote him something along these lines:

The fact that you ended our two decade friendship and especially the way you ended it was extremely hurtful. You never even expressed appreciation for the friendship or acknowledged having to sadly and tragically end it. Knowing you for as long as I do, it is very surprising to me that you don’t realize all this. Perhaps you want to discuss things. The door is always open.

David received this note and proceeded to tell me how insane I am and how I needed professional help. He adamantly refused to apologize. Any attempt on my part to make some level of peace between us was met with the same denial of doing anything wrong followed by blaming me for being the crazy one.

Months went by. On occasions we ran into each other, we just ignored each other in uncomfortable silence.

How do you forgive someone who has no remorse for the hurt they caused you?

That question haunted me for months. I knew our friendship wasn’t coming back, and I wasn’t really looking for it anymore. But I felt hurt. An apology would have done wonders but it wasn’t going to come.

Then, one day I was at a friend’s house and met their five year old daughter. She took one look at my tie and said, “Yuck. I hate your tie. It’s sooooo ugly!” and then proceeded to run away.

It was a bit embarrassing but I didn’t get angry with the girl.

Two days later, I was walking in the street among a crowd of people when a clearly insane, homeless man came up to me and starting shouting profanities, accusing me of heinous crimes that I supposedly did to him. Once again, it was somewhat embarrassing, but I simply walked away without feeling any hurt or insult.

I wondered: why was I able to look past these insults without needing any apology whatsoever, yet I continued to yearn for an apology from David?

The answer became very clear. When a young child or an insane person insults you, you know they are not really in control of what they’re saying. Their mind is not really ‘all there,’ so their insults therefore don’t come off as real insults.

When a person can’t think straight, how can you be hurt, angry, or insulted with what they do? You feel pity, not anger.

I began to internalize that whatever my former friend David was going through, when it came to his abrupt breakoff of our friendship, he was temporarily ‘insane.’ He wasn’t ‘really all there.’

If I could begin to look at David as someone full of pain and confusion, I could forgive him.

I conjectured that maybe he was jealous of what he perceived was a better life he thought I was having. Maybe he was frustrated with his lack of fulfillment and suffered from a lack of self-worth. Maybe he had thought that, at his age, he would have been further along in life than he was. Maybe being around me just reminded him of his perceived inadequacies. Maybe he was experiencing a mid-life crisis, had lost his equilibrium, and forgot that I could have been there for him as a non-judgmental, loyal friend. Instead, I became the tragic casualty. The old trusted, loyal David that I knew and loved wouldn’t even recognize, let alone approve, of the way that the new David had mistreated me.

If I could begin to look at David as someone full of pain and confusion, full of a lack of clear thinking, at least in this particular area of his life, I could forgive him.

Instead of the hurt, I began to feel compassion and pity. Then one day I sent him a note saying that I forgive him. Period. I even started saying a casual hello whenever we’d see each other. This was the extent of the relationship for which he was agreeable.

Am I really comfortable when I see him? No. But at least I have pretty much let go of the anger and hurt.

After this painful learning experience, I finally began to comprehend a passage of Maimonides that I had never quite understood:

If one was hurt by someone else but did not want to rebuke him or speak about it with him because the sin was very small or because the offender’s senses are flawed, but one forgave him in his heart. . .then one has acted with piety. (De’ot 6:9)

I know I am not alone. Too many others have lived through similar pain and there aren’t always apologies offered. I think a good part of the issue, for one reason or another, is due to the offender being truly incapable of thinking clearly.

I didn’t want to be ‘that guy’ who wasn’t on speaking terms with someone for years. Thank God, I was able to forgive the unforgivable.

We all know people, sometimes even family members, who are not on speaking terms. The actions, hurts and the insults have wounded both sides and they feel incapable of ever dealing with each other again. Given the circumstances, this behavior may make sense for a period of time, but at a certain point, if only for our own mental health, we should find a path toward peace and cordiality. The relationship may never return to what it once was, but we will have let go of the pain and negativity. And there’s nothing more vital to a healthy state of mind than that.

Yom Kippur: Coming Clean
It Takes A Lot Of Faith To Be An Atheist
How Instagram Brought Back This Nostalgic Soup
What Makes Eli Run?
Comments
MOST POPULAR IN Yom Kippur
Our privacy policy