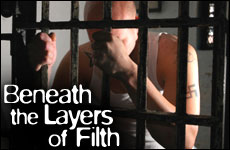 A Nazi sympathizer renewed my waning belief in mankind's ability to overcome its senseless hatred.

Being easily identifiable as a Jew in one of Michigan's prisons, isn't always the smartest thing to do since it makes the person a perfect target for every bigot with an attitude. I know. I am an incarcerated Jew who wears a kippah (skullcap), beard and tallit katan (a small under-shirt with ritual fringes attached) despite the inevitable heckling such attire draws.

Several years ago, at a weekly Torah study group, the prison's chaplain allowed me to lead. A new participant arrived late – one who I immediately knew wasn't Jewish. In our little group he stood out like a piglet among puppies. It wasn't that our group was exclusively Jewish either. We had men from several other faiths. It was his closely cropped hair and numerous tattoos displaying swastikas and other Nazi-like memorabilia that quieted our group and set him apart from us.

After a moment or two of staring at one another, he dropped his gaze to the carpet and asked in a barely audible voice whether or not he could join us for the evening. To say that I was shocked is an understatement, but I recovered quickly enough so I didn't gawk at him too long before rising and inviting him to take a seat across from me. What followed is something I would never have expected from within a prison's hard, cold walls.

I could only see the symbols that had doomed six million of my people to their horrible deaths.

Although it shames me today, I didn't treat Ron very well that first night. I could only see the symbols that had doomed six million of my people to their horrible deaths. Whether following my lead or through revulsion of their own, none of the other members tried to engage Ron in conversation, leaving him very alone in an otherwise crowded room. The next week was a repetition of the first.

Prior to the third session, Ron asked for a minute of the group's time.

"By now you're probably wondering why I'm here," Ron said in his quiet voice, fixing his gaze firmly on the tabletop. "I'm here to change. I'm here to learn how to stop hating others . . . to stop hating myself."

Ron then spent the next half hour pouring out his heart to us about how he'd grown up in a dysfunctional, racist family in California, gotten busted for hate-related burglaries and ended up in some of California's toughest prisons, where he became a fervent member of the Aryan Brotherhood. After earning a delayed parole, Ron came to Michigan to escape his past, only to wind up falling back into his old patterns of behavior — a decision that led to his present incarceration. When Ron finished, he looked up. There were tears flowing down his cheeks. It was at that point that our group was forever changed.

We spent the first portion of each session over the next few months working with Ron, challenging his beliefs and exploring his reasons for wanting to change. It was a difficult task and one that I frequently thought he'd abandon. Ron continued to take great emotional and physical risks to come to terms with the things he'd done.

I knew Ron wasn't the same man I'd first met when he started walking the yard with me - an act that publicly shouted Ron's renunciation of hate to those who once counted him among their bigoted elite. To his credit, Ron silently withstood his ex-friends' taunts and continued seeking new ways to improve himself.

We pooled our money and paid to have Ron's tattoos covered up by one of the prison's best illegal artists.

Eventually, when our entire group was satisfied that Ron wasn't pulling some type of elaborate con game, we pooled our money and paid to have Ron's tattoos covered up by one of the prison's best illegal artists. We also put him in touch with several outreach organizations and convinced him to help others who were blindly stumbling down his old path.

Ron had come to our group seeking positive change. He found it. He also became a person I am proud to call a friend. Ron, however, also changed me. He renewed my waning belief in mankind's ability to overcome its senseless hatred - to find its goodness buried beneath layers of encrusted filth. From this one individual, and from within an openly hostile environment, dozens have learned acceptance of that which is different. I will go to my grave knowing few greater accomplishments.

Reprinted by permission of Douglas Burgess (c) 1999 from Chicken Soup for the Prisoner's Soul by Jack Canfield, Mark Victor Hansen and Tom Lagana. All rights reserved. 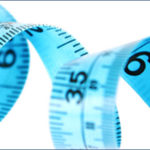 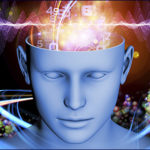 Taking Control (of What You Can)7 min read 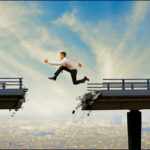 How to Build Self-Confidence1 min read