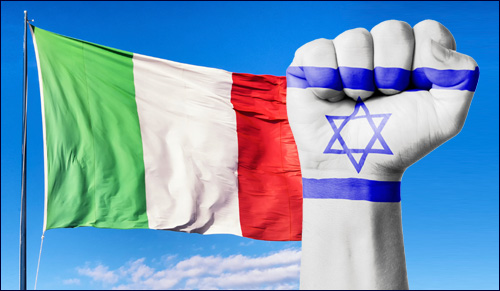 I live in Bologna Italy and yes I am a Zionist. My European neighbors are not my biggest fans.

During my last trip to the United States I was asked where I’m from. I answered that I come from Bologna, in Italy, which is very close to Florence. Notwithstanding Bologna’s historical importance, there is no doubt that Florence is better known. To my surprise, I was told Bologna is also famous. I assumed proudly it was for its ancient University, but no: apparently Bologna, the city, is synonymous with some sort of processed meat. I must admit I was taken aback. I knew the local meat industry in Bologna had a good name, but I didn’t think it made it over the ocean and even into the Orthodox Jewish community no less. Who knew?

Apparently Bologna, the city, is synonymous in America with some sort of processed meat?

So what is Bologna famous for back home? In Italy we say for three main things: for being “the fat city”, owing to its (pork) meat industry; for being “the scholarly city”, owing to its University; and for being “the red city”. The last one stems from the typical color of its old houses, including the one where I live. However, many people also call it red because of the political leanings of most of the “Bolognesi.” At one time the city was a hotbed of activity for the Italian Communist Party. Today the communists may be gone but the leftist politics remain.

Whenever I declare myself a Zionist in Bologna the pavlovian response I often receive is: “What about the poor Palestinian children?”

Sometimes I respond by asking them if they think we use babies’ blood for our matzot for Pesach. Usually all I receive in return is a blank stare, accompanied by questions such as, what is Pesach and what are matzot. These exchanges make me long for the days of the good old fashioned anti-Semites, who at least had an appearance of culture and knew what they were talking about!

Now, I know what you might be wondering: are there really Jews in Bologna? The answer is yes, but not many. Bologna’s Jewish community has existed for about six centuries now, but it never counted more than a few hundred people. Today there are about two hundred of us left, the majority of whom are senior citizens. We have services in a minyan every Shabbat and festivals, and several cultural events throughout the year. There is a local section of the WIZO, a Talmud Torah for our kids, and regular lessons held by the Rabbi. If only there were more of us, we would rock!

Here is also where the Jewish Brigade gave its greatest contribution during WWII, fighting along what was called the gothic line. Many of those heroes are buried in a war cemetery in the periphery of the city, and some more are buried in another cemetery a few dozen miles south towards the mountains. They fought against the Nazis who were occupying this city with bravery and generosity, defending the territory an inch at a time, eventually wiping them away, and setting the city free four days before the rest of the country.

Only in recent years have they been included in the annual official liberation celebrations. But it is “forbidden” to mention that right after freeing us, they went on to help Jewish refugees make it to Israel and fought in the War of Independence.

So how do European anti-Semites and anti-Zionists differ? The latter actually do love Jews. They get excited when they know you are a Jew, they tell you that they read the diary of Anne Frank and watched “Schindler’s List”, they ask you if you lost any of your relatives in the Holocaust and are very sorry if you… didn’t! That’s right, they love Jews. Dead Jews.

This is their reasoning: I love you as a Jew, because Jews have always been victims; I despise you as a Zionist, because Zionists are Jews who dare defend themselves, a perfect oxymoron.

So, if you want to be a Jew and be loved by Europeans here’s my advice: Give up being a Zionist, be prepared to be a victim again and accept a future of peace… eternal peace!

Sadly though, after the recent terror attacks in Paris, it should be clear that the Jews are but the canary in the coal mine… When digging mines, the workers used to take an unlucky caged canary with them underground. These birds are in fact very sensitive to a poisonous gas, called firedamp, that develops underground. As soon as the poor animal died, the miners would immediately evacuate the mine (today electronic detectors are used instead).

We don’t want to be the canary, of course. But even more so, we would want the community at large to understand that we are all in the same boat. True, we are more exposed to danger. But what happens to us eventually happens to everyone.

I know the punch line of an article is supposed to make us smile, and this one doesn’t. But how can we smile, when our fellow humans share our tragic destiny and believe that they can save themselves by singling us out, instead of fighting side by side with us?

You Think Your Job Is Bad?
The Power Of Prayer
Va’etchanan 5782: A for Effort
Can You Show Me This "God?"
Comments
MOST POPULAR IN Jewlarious
Our privacy policy
Aish.com Is Looking for Great Writers