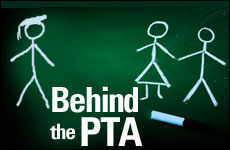 A teacher tells all about what’s really happening on parent teacher night.

As a high school English teacher, I think I speak for all teachers, except maybe the good ones, when I say that I don’t get the point of parent-teacher conferences. It seems a little outdated, seeing as we have phones and faxes and email and texting and a postal system and there’s a million different ways to find out how your child is doing that don’t involve you schlepping out in the weather in the middle of the night, away from your kids, to wait in line several times over a table of stale cake while some parent argues with the teacher about whose fault it is that his kid isn’t showing up to class.

I just don’t get the point of parent-teacher conferences.

But I’ve been on that side of the table. Most teachers are parents too. But most parents are not teachers. So we feel bad for you. At least it’s nice to meet face to face, three months into the year, so you can put a face with the name when your kid says that his teacher hates him.

We teachers don’t hate anyone. We’re ANNOYED by them. For example, we’re annoyed by the kid that constantly disrupts the class but gets good grades anyway. “Why are you even here?” Grades are supposed to be a system. The system is that if a kid disrupts the class, his work reflects it, and his parents are alerted to the fact that he’s disruptive, and they come in, in a huff, and we get to talk to them and maybe get some help from their end. But if they’re getting good grades, you have parents coming in, in good moods, and there’s no way I’m going to voluntarily tell them to their faces that their kid isn’t as good as it says on the report card. Hence my question. I’d really prefer email.

To their faces, there are really only 3 basic speeches that I give the parents:

The first is, “Your kid is awesome, and here are 5 solid minutes worth of adjectives to describe how awesome your kid is. In fact, I wish I had a whole classroom full of kids exactly like yours. Actually, I feel like I do, because everyone copies his work.”

The second speech is, “Your kid isn’t interested in the work. Frankly, I’m surprised he even told you about parent-teacher conferences.”

The third speech is the “Your kid isn’t living up to his potential” speech, which is what I say even if I don’t think the kid has potential, but it’s not my job to tell his parents that. Let them find that out in a few years, when he moves back home. My point, today, is that maybe he needs something to help him unlock his potential, like a tutor, or sitting next to an awesome kid with legible handwriting.

There’s also a 4th speech, which is the “Your kid interrupts and undermines me and gets 90s anyway,” but I’ve never had to give that one, because none of those parents ever shows up, for some reason.

Ideally, after that original speech, the parents ask follow-up questions, and we get into a meaningful conversation until the parent realizes he has like 12 other teachers to see. But I do sometimes get parents who aren’t particularly helpful. Like there was one parent that I told, “Your son isn’t interested in doing the writing assignments,” and he said, “I know.” So I said, “Your son isn’t interested in the reading, either,” and he said, “I know.” So I said, “What do you think we should do about this?” And he said, “I don’t know.” And I said, “I don’t know either! Because if a kid doesn’t work, I have exactly two threats. I have, “You’re going to get a bad grade,” and I have, “We’re going to call your parents.” So in this case, the boy didn’t mind getting bad grades, and calling his parents wouldn’t help either, because apparently, they knew! In parent/teacher relationships this is check mate.

It also doesn’t help that in the school where I teach, half the kids at the school live in the dorm, and I’m telling the parents things they can do nothing about. I tell the parents, “Your kid doesn’t show up to class,” and they say, “Ok, what do you want me to do? I see him once a month.” And I’m like, “So do I!”

So they ask, “What do you do about it?” And I say, “Well, I tell the principal, and I give the kid a zero for not coming.” And they’re like, “Does that help?” and I’m like, “No, because A. If he doesn’t come, he doesn’t know that I’m giving him a zero, and B. All the zero does is lower his grade and get the parents to come in, but the fact that you say you can’t really do anything here runs that entire system into a brick wall.”

I think that parent-teacher conferences were really designed for dealing with little kids. The parents come in to talk to the teacher about what they can do to gently guide their kid back on track without the kid knowing, because the best alternative is a phone conversation with kids in the background, making noise.

“Your son makes too much noise in class.”

“What? I can’t hear you. I have like ten kids in the background, yelling.”

So you come in and talk it out. It’s also basically a forced appointment, because if you relied on phone calls, you’d never get around to calling, because again, you have little kids.

When the kids get to high school, though, the teacher’s job is really just to give over the material in an interesting and meaningful way to the kids who will listen. It’s really up to the kid to change himself. We’re done gently guiding him; we need to tell him things. When he gets a job, his boss isn’t going to use lollypops to gently guide him toward what he’s supposed to do. He’s old enough to be told, “Look: Shape up, or else I’m not bringing food when I come to teacher conferences.” He’s the only one who can change his behavior, and he’s the only one not in the room. You have a teacher who sees the kid for 40 minutes a day talking to parent who sees him once a month about how they can get him to do better. That’s like discussing politics with your barber.

Meanwhile, the kid -- the only one who can actually change what he’s doing -- is not allowed at this meeting. He’s hovering off to the side with the other students, waiting for the parents to leave so he can pounce on the stale cake. Now he shows up.

Maybe that’s the secret - I should put out cake.

Goyish Vs. Jewish, Part 3
Can You Show Me This "God?"
How to Become Immortal
Judaism and Mental Health
Comments
MOST POPULAR IN Jewlarious
Our privacy policy
Aish.com Is Looking for Great Writers