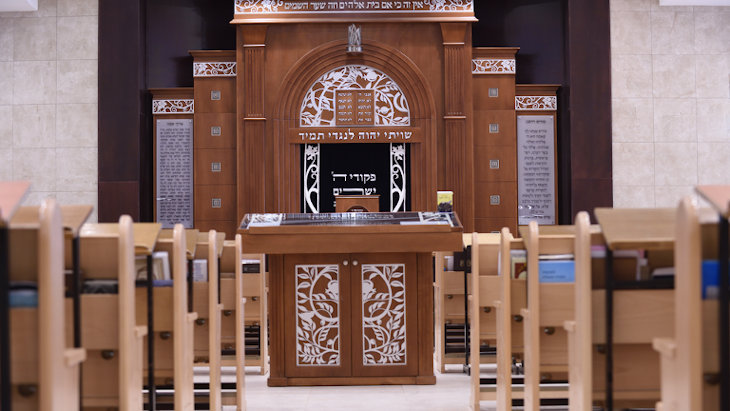 In bleak times for synagogues, kibbutz carpenters have been busy building the future.

There will be a spate of new synagogues opening the moment coronavirus restrictions end, thanks to the shul furniture team at Kibbutz Lavi in the Galilee, which worked daily from 4 AM.

In the hours before Israel went in to almost-complete lockdown, a team of kibbutz workers entered overdrive mode for the sake of Jewish communities around the world.

They sawed and chiseled; hammered in nails and straightened hinges. “Synagogue life in much of the world has stopped, and we’re determined to ensure that when it restarts, it’s stronger than ever,” explains Aner Amiram. 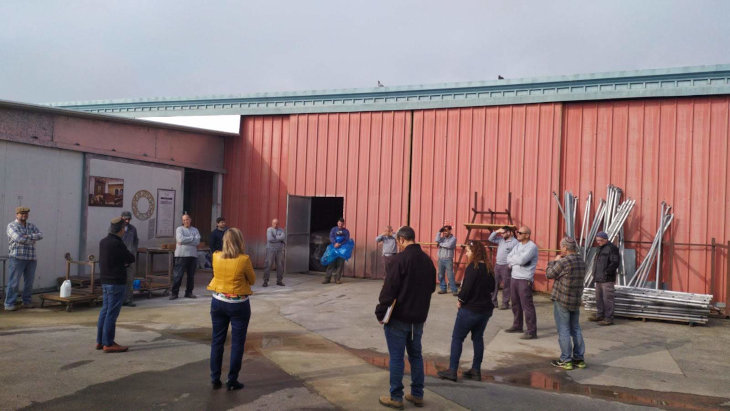 He is vice president at Lavi Furniture Industries, the world’s biggest manufacturer of synagogue furniture. Every year, he is inundated with orders from new communities that want to open their doors at Passover – but this year, health restrictions mean that all synagogue dedications are on hold.

“As soon as the coronavirus crisis started, we said to ourselves that we’ll ensure no community waits a single day longer than necessary once this is over to open,” he said. “And to do that, we had a race on our hands.”

As Israel’s restrictions started in mid-March, it became clear the rules would be intensified and the factory would lose most of its staff for an unspecified period. So Lavi’s 85 workers pulled out all of the stops to get every single order finished.

They completed shipments for France, Switzerland, America, Israel and elsewhere. It got harder as restrictions became tighter. In the final few days when the factory was fully functioning, there were strict limits on how many workers could be in the factory at a time. 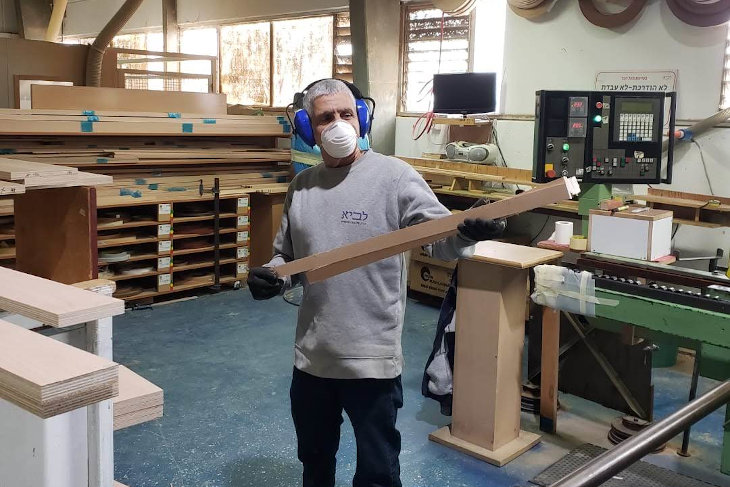 “We normally begin work at 7am, but we started opening the factory at 4 AM instead, so that we could get staff to do different shifts,” said Amiram. “I have never seen people work so fast – we got more finished than I ever thought possible.”

He added: “We all feel that Jewish communities have taken a hard enough blow by having to stop services due to coronavirus. We wanted to show them we care by getting their furniture shipped and having it in place so as soon so they can meet again, we’ll see new communities opening their doors.

“We’ll actually see the end of this crisis bring a spate of synagogue openings, with will be a remarkable way for the Jewish world to move forward.”

Last week, when Israel confined most citizens to 100 meters from their homes, the factory fell almost silent. The only workers who can still report for duty are the 12 who live on Kibbutz Lavi, and they are engaged in a special task – building mobile arks,

Israeli synagogues have been shuttered, but some communities are holding outdoor prayers, limited to 10 worshipers with two meters between each person. For these communities, and for rabbis holding services on videoconference, the remaining workers are making mobile arks that can house a Torah scroll.

“We see a special sense of mission in this too,” said Amiram. “After all, it’s said that Jewish people don’t go for three days without reading from the Torah, but today, many Torah scrolls are shut in closed synagogues, unread. It made us really happy to produce special arks so that people could take some of them home and use them within the limitations of coronavirus rules.”

Evyatar Dor, Lavi’s international sales manager, said: “We believe, as Jews, that the good times will come and we’re determined that when they do, noting at all will hold back communities.”

Still Crazy: Why We Made Aliyah
How This 6 Generation Bread Baker Brought Back Israel’s Ancient Grains
Olivia Newton John’s Grandfather was a Nobel-Prize Winning Jewish Physicist
Don’t Believe in Other Gods Versus God is One
Comments
MOST POPULAR IN Israel
Our privacy policy
Aish.com Is Looking for Great Writers