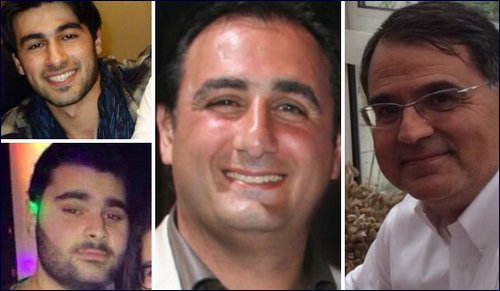 Each of the four victims in the Paris shooting has a name. And make no mistake about it. They were murdered for being Jews.

I cannot believe the words I am hearing. White House spokesman Josh Earnest struggled to explain the comments of President Barack Obama who said that the threat of terrorism was being overstated in the media. Obama had also described the terror attack by radical Muslims on a kosher supermarket in Paris as committed by “vicious zealots who …randomly shoot a bunch of folks in a deli in Paris.” Questioned by journalists at a press conference, one journalist spoke up and said: “I mean this was not a random shooting of a bunch of folks in a deli in Paris. This was an attack on a kosher deli. Does the president have any doubt that those terrorists attacked the deli because there would be Jews in that deli?”

The astounding response given: “The adverb the President chose (random) was used to indicate that the individuals who were killed in that terrible incident were killed not because of who they were but because of where they happened to randomly be.” After further prodding he added, “These individuals were not targeted by name, that is the point.”

So this is the point that we are left with, as the soil around the graves of those who were savagely murdered is still freshly dug? I try to define this disconcerting word – random. The dictionary spews forth images that fill my mind: aimless, purposeless, unconsidered, accidental. I feel outraged. And then we are told that “these individuals were not targeted by name.” Somehow, they were just a “bunch of folks in a deli in Paris.”

Even though Earnest backtracked on Twitter after receiving a storm of criticism, I must speak out. These holy ones were murdered in cold blood because they were Jews. They died al Kiddush Hashem, sanctifying God’s Name. Even the killer said at the time, "I have 16 hostages and I have killed four, and I targeted them because they were Jewish."

Listen carefully Mr. Earnest. Yohan Cohen, Yoav Hattab, Francois-Michel Saada, Phillipe Braham – these are the names of our beautiful Jewish men. They call out to you. Their souls are the purest of the pure. Each had families who loved them. Hearts are still breaking, weeping for fathers, husbands and sons to come home. There is nothing random that happened here. And these are not just a bunch of folks. They are my brothers. We are family.

What you have done is stripped my brothers of their final dignity. You have rendered them nameless. To do so is to make each man seem somehow anonymous. You decided that they do not even deserve to be remembered by their names. How do we mourn one that we cannot call out to and recognize? You make it seem simple to forget, as if they were easily swatted away. But we will never allow you or the world to cast the memory of these holy ones aside.

These last few months have been painful for our people. We are still kindling a flame in our hearts for our three sweet boys savagely taken in the summer, the many young soldiers who courageously gave their lives so that we can live in our land today, the four great rabbis of Har Nof, beautiful baby Chaya Zeesel Braun, and now four more holy souls who were murdered because they were Jews. Yizkor! It is our responsibility to remember. We must remember, especially because the world chooses to forget.

We, the Jewish nation, will not forfeit the names that we carry. The word for soul, neshamah, is rooted in the word shem, name. We, Jews, understand that our names and our souls are forever linked. It is when an infant enters the covenant that we have a ceremony called ‘giving the name’ because the spiritual destiny of a person is contained in his name. Every child’s Jewish name becomes his and her life legacy, and expresses the sanctity that lies within. And at the end of days when one returns his soul to his Creator, there is a Kabbalist tradition to call out the name as the body is being lowered into the earth. Our names are holy.

So please, Mr. Earnest, in the silence of the night think about your words. Take a moment and reflect. We are a nation that has risen from the ashes. I, myself, carry the name of my great grandmother, Slova Channah. She was taken away by the Nazis and brutally murdered along with her innocent grandchildren. From my very first memory, I can recall my Zaydie, my grandfather’s face light up each time he would see me. He would call out to me and I would watch his eyes grow moist. I know that each time he uttered my name, the image of his mother would be revived. In a mix of terrible sadness of what was, and incredible wonder at the miracle of rebirth, my Zaydie cried. No, we are not and never will be, random. Our names define us.

It was after Cain killed Abel, that God calls out and asks “Where is Abel, your brother?” Cain replies his infamous response: “Am I my brother’s keeper?”

This is the sentence that drives me to write these words. How can I possibly be silent when my brothers have gone? Is there one of us who could sleep at night restfully, and repeat “Am I my brother’s keeper?” We are one nation and together we must stand. Otherwise the words that followed as God called out to Cain will give us no peace:

“What have you done? Do you hear the voices? These are the drops of your brother’s spilled blood! They cry out to Me from the ground.”

Strawberries with Everything
Saadiah Gaon, Rashi and Maimonides: How Three Rabbis Revolutionized Judaism
King Sennacherib and the Siege of Lachish
Three Small and Easy Changes to Add Positivity in Your Home
Comments