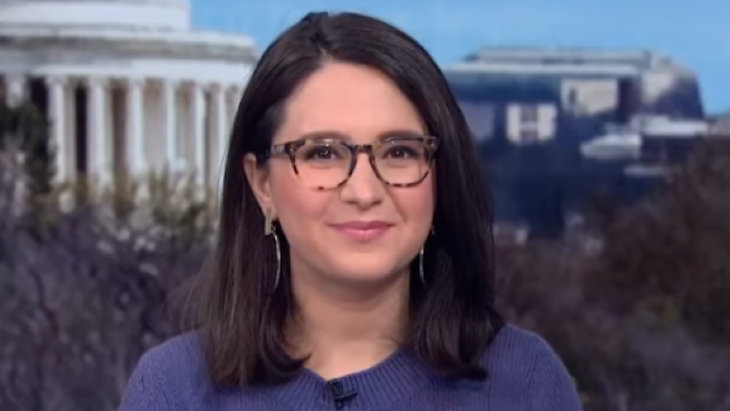 The paper has lost sight of its "deepest responsibility to make readers think".

A brilliant writer, winner last year of the National Jewish book award for How To Fight Anti-Semitism and staff editor for the op-ed section of the New York Times, she has this week regretfully sent in her letter of resignation in light of her recognition that the self-proclaimed “newspaper of record” no longer has room for journalists who refuse to fall in step with the far-left political narrative that has now become the New York Times Bible.

Weiss’s announcement follows shortly after the departure of editorial page editor James Bennett – another resignation that illustrates precisely the kind of new McCarthy-like policy that today governs a newspaper which once laid claim to our esteem for seeking truth and open inquiry.

Bennett permitted for publication an op-ed piece by Senator Tom Cotton that diverged from the Times’ approach to the post George Floyd riots that have so far been responsible for the deaths of at least 22 people. Senator Cotton expressed an opinion that reasonable people can debate; he agreed with the President that it was a good idea to send in the National Guard to maintain and restore order. He argued that the Insurrection Act could be invoked to deploy the military across the country to assist local law enforcement. And that was anathema to the current groupthink of the Times. As Bari Weiss notes, “It took the paper two days and two jobs to say that the Tom Cotton op-ed ‘fell short of our standards’” – and actually apologized for publishing it.

It was in 1896 that Adolph Ochs described the philosophy that would guide his newspaper and make it a paradigm for honest journalism: “To make of the columns of the New York Times a forum for the consideration of all questions of public importance, and to that end to invite intelligent discussion from all shades of opinion.”

Today’s readers need to know that that is no longer official or even permitted policy.

Opinions only have a right to be heard if they agree with the established orthodoxy of the publisher. The free exchange of ideas is not an ideal; it is a forbidden invitation to readers to come to their own erroneous conclusions.

As Weiss put it, “The Times has embraced the idea that truth isn’t a process of collective discovery, but an orthodoxy already known to an enlightened few whose job is to inform everyone else… Intellectual curiosity – let alone risk-taking – is now a liability at the Times. If a person’s ideology is in keeping with the new orthodoxy, they and their work remain unscrutinized. Everyone else lives in fear of the digital Thunderdome. Online venom is excused so long as it is directed at the proper targets. Standing up for principle at the paper does not win plaudits. It puts a target on your back.”

Bari Weiss had another reason for having a target placed on her back. She was the victim of “constant bullying by colleagues who disagree with my views. They have called me a Nazi and a racist; I have learned to brush off comments about how I’m ‘writing about the Jews again.’”

How utterly amazing to be accused as both a Nazi as well as a too ardent supporter of Israel.

Last week the Times offered us yet another op-ed that apparently “met their standards.” Peter Beinart's essay, “I No Longer Believe in a Jewish State”, beautifully echoed the paper’s intense antipathy to Israel as well as its ongoing prejudicial reporting.

The paper also had no problem a while back giving a half-page op-ed to arch terrorist Marwan Barghouti – a criminal serving five consecutive life terms after being convicted in an Israeli criminal court of premeditated murder for his role in terrorist attacks that killed five people – to author a diatribe against the Israeli system of justice. Just to make certain readers could identify the writer the article concluded with this note: ““Marwan Barghouti is a Palestinian leader and parliamentarian.”

It is well to remember that before the op-ed page debuted in the New York Times on September 21, 1970, John B. Oakes, the Times editor who willed the page into existence, remarked that, “A newspaper’s deepest responsibility is to make readers think. The minute we begin to insist that everyone think the same way we think, our democratic way of life is in danger.”

The page opposite the editorials, today home of the op-ed section, was originally occupied by obituaries, a fitting description of the demise of its dedication to truth which has now been replaced by a cancel culture that led to the resignation of a courageous editor. Hopefully Bari Weiss's final act at the Times will help reveal the truth of a newspaper which no longer deserves our respect and support.