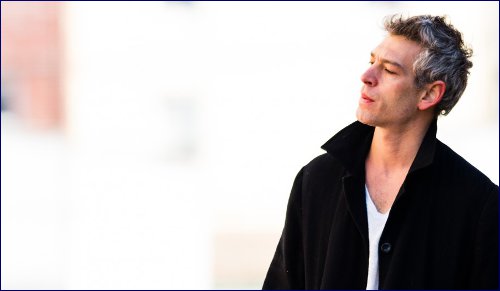 Now the BDS movement is singling out Jews wherever they are from, making their racist motivation abundantly clear.

Are you a performer who wishes to appear in public at any point in the future? If so, you might have to bone up on geopolitical affairs – and then ensure that you have all the "correct" views. If you had thought that the only qualification you would need would be to excel at your chosen art form and then see if you can gather audiences, you were wrong. That is not enough anymore – certainly not if you are Jewish.

This week the news came in that a Spanish music festival had cancelled a planned performance by Matisyahu, an American reggae star. Matisyahu became famous as the "hassidic reggae star". He no longer has a beard or wears a skullcap, but he does remain proud of his Jewish identity. Next weekend, on August 22, he was due to perform at the Rototom Sunsplash festival in Benicassim, north of Valencia.

Unfortunately for anyone simply interested in music, a group of local Boycott, Divestment and Sanctions (BDS) activists found out about Matisyahu's upcoming performance. They claimed that Matisyahu is a supporter of "an apartheid state that practices ethnic cleansing," and demanded that the festival cancel the performance.

Matisyahu is of course not the first Jew to suffer this type of pressure. In Europe, and increasingly in America too, any and all performers who come from Israel can be abused and vilified in the name of "progressive" values. In London, the Jerusalem String Quartet and Israel Philharmonic Orchestra have been the targets of attempts to cancel their performances. When the performances have gone ahead, they have had to suffer obscene and threatening performance interruptions by protesters. The same has happened to Israeli theatre companies such as Habima – whose performers were insulted and vilified while on stage at Shakespeare's Globe Theatre in London, trying to perform "The Merchant of Venice." None of the protesters seemed to see the irony of vilifying Jews on stage during that of all plays. 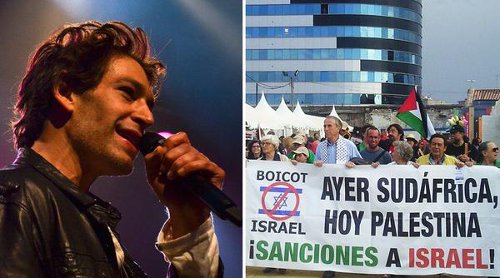 Jewish Israeli artists have become used to being targeted and vilified in this way. But the treatment of Matisyahu is something new. For Matisyahu is not an Israeli – he is an American. Yet after the intervention of the BDS protestors, the festival's director tried what he presumably thought was a perfectly reasonable request: Filippo Giunta asked Matisyahu to produce a "signed statement or video" stating "in a very clear way" that he supported the creation of a Palestinian state. This was made a precondition of performing. "If you sign these conditions, you can continue the performance," the festival's director told the artist.

Understandably, Matisyahu refused to respond to this ultimatum, and festival organisers cancelled his performance, which was due to be just one of a number of performance stops Matisyahu is making in Europe and America.

It is to be hoped that everybody who believes in artistic freedom and rejects political intimidation can now make for the nearest performance by Matisyahu, whether they like reggae or not. Personally, the actions of the Spanish festival organizers have created the only inclination I have ever felt to attend such a concert.

But perhaps we could also initiate some other geostrategic questions that might be demanded of all other performers in the future. Spain has its own border issues, as nearly every country in the world does. Perhaps Spanish performers in the classical and pop world should henceforth be quizzed about their political attitudes before they are allowed to perform abroad? The whole question of Catalonia, for instance, is deeply fraught and fought over in Spain, with exceedingly strong views over independence on all sides. Maybe the rest of the world should demand that all musicians from Spain sign a statement or make a video supporting Catalan independence if they are to be allowed to perform in public? We could go back and forth in our allegiances of course – and make the Spanish artistic community jump to our every whim and U-turn. Perhaps then we could decide that citizens of other countries could be made to jump through our whims on the Spanish border questions too?

Of course, such a course of action would be obscene, as it would be with any other country. But it is always instructive that only one country and one geopolitical question is addressed in this way. To my knowledge Turkish artists are nowhere in the world asked to condemn their country's illegal occupation of Northern Cyprus – an occupation, lasting more than four decades, of half an EU member state. Such a demand would be far more appropriate in Spain or any other EU country. And it has certainly never been demanded of people of non-Turkish nationality that they call for the withdrawal of Turkish forces and Turkish people from Cypriot territory before they be allowed to perform in public.

Nor do demands on the tortuous Western Sahara question come up in this way. Both of these issues – to seize just two – are far closer to home for Spanish citizens. One lies only a few miles south, while the other involves a fellow EU member state. But to demand such an action or statement from an artist as a prerequisite to perform would be not just outrageous, it would be regarded as surreal. Why then is the BDS campaign able to normalize such a demand, and for a festival to cancel a performance based on non-compliance with such grotesque demands?

The answer is the fever of our time. For a while, only Israeli Jews were made pariahs among the nations because of an unresolved border dispute involving their country. Now it is Jews born anywhere else in the world who can be targeted in the same way. They are singling out Jews – Jews and only Jews. And their singling out of Jews, wherever they are from, makes their racist motivation abundantly clear. If the Rototom Sunsplash festival wants to take part in this racist BDS fever then it is them – and not Jews – whom the world must make into global pariahs.

This op-ed originally appeared on http://www.gatestoneinstitute.org/.

The Rototom Sunsplash reggae festival has issued an apology for canceling Matisyahu’s concert and has invited him to perform in his originally slot on the festival’s main stage.

Representatives said it rejects any form of discrimination and anti-Semitism. “We respect the Jewish community and sincerely apologize for what happened,” the festival organizers said in a statement, according to the Spanish news site El Mundo.

The new invitation follows condemnation of the move by Spanish authorities.

“Requiring a public declaration, which was demanded of him alone, is a violation of conscience and – to the extent that it came because Matisyahu is Jewish – challenges the principle of non-discrimination which is the basis for all plural and diverse societies,” the Spanish Foreign Ministry said in a statement Tuesday.