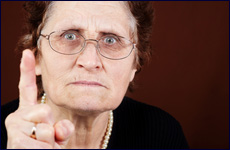 It All Began with "You Dirty Kike"

I am no longer ignoring the ignorance.

Three Ways to Make Yom Kippur Meaningful
How did Medieval Jewish Tombstones End Up in an Italian Monument?
The Five Ways We Mess Up an Apology
1 2 3 … 171 Next »
Comments