Marc Firestone was raised in a secular household and taught the conventional ideas of the American Dream. But in his later teen years, he started questioning the Dream, as well as life in general. By the time he got to college his search for meaning took on new heights. As he was training to become a CPA, he took a critical look at the life track of the average American. It was around this time that he took a philosophy class, where a non-jewish professor introduced him to the concept of life after death – specifically, that the Jewish religion held beliefs in the afterlife and the soul. Needless to say, this resonated deeply with Marc. Once Marc Firestone entered the professional world, his work as a CPA gave his search for meaning a new dimension. His work allowed him a close look at the lives of many rich and famous people. As it turns out, these idolized Americans who exhibited all of the conventional trappings of success led lives that were not all that glamorous or happy. In fact, they were rather empty. Eventually, Marc Firestone went to a class on basic Judaism and met an intelligent, Yale-educated orthodox rabbi. He asked the Rabbi what he describes as a “tough” set of questions related to the Jewish religion and what observants believe and how they are sure of a god’s existence. The Rabbi was able to answer Marc’s questions, but Firestone, ever the learner, kept asking more. He began dating a Jewish woman some time after that, and made a long list of questions related to Jerusalem and Judaism. It was at this point that he began his Jewish journey. Marc’s journey has led him to involvement with Project Inspire, a program that equips Orthodox Jews to introduce non-religious Jews to Judaism. Marc Firestone's good friend, Richard Horowitz, introduced him to the Life Insurance business because he felt it would fit in line with a Jewish lifestyle. Marc Firestone, Life Insurance specialist, has the skill-set of making the complicated concepts easy to understand which has led him to great success. Marc has proven himself as a perfect fit to the Life Insurance industry. He likes to be honest and transparent, believing it to be the key to building good professional relationships. To learn more about Marc Firestone, follow him on Twitter and Linkedin! 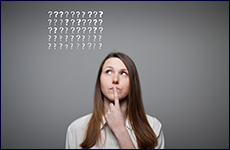 Questions to Ask on Your Date

A practical tool that could change your dating destiny.

My Encounter with James Brown, the Godfather of Soul
Ancient Jewish Wisdom to Improve Your Online Dating Experience
Trailblazer: The Incredible Life of Farha Sassoon