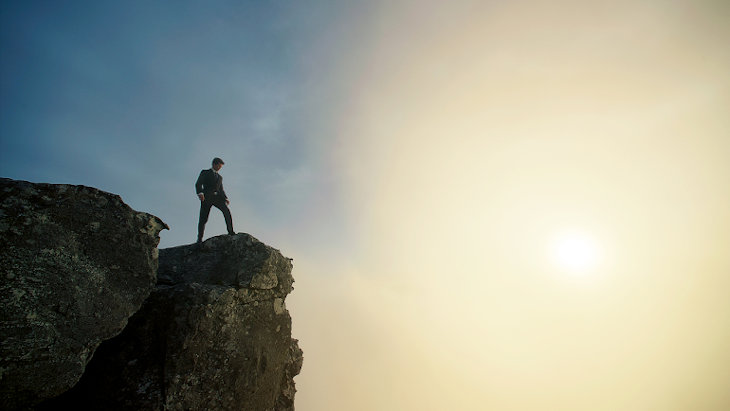 How to strive to live with great ideals despite constantly falling short.

Judaism is way of life based on great ideals. The Torah mandates us to emulate God, which demands total refinement of one’s character, encompassing how one behaves, thinks and feels.

Loving others is the tip of the iceberg in Judaism. Loving others is spelled out in every way imaginable, from being held accountable for every word out of our mouth to obligating every person to give at least ten per cent of his financial resources to help others. Judaism demands us to eliminate anger and impatience, and to be emotionally attuned to the feelings of others, including the pain of every living creature.

Living in accord with all these great ideals means aspiring to human greatness.

And that can be a double-edged sword. On the one hand, living with great ideals has the potential to uplift, empower, and inspire us to become our best self. In the daily prayers we say, “How happy are we with our portion.” We should feel fortunate and happy that we have been given the opportunity to live in accord with ideals that give us a life of elevation, holiness, meaning, and fulfillment.

On the other hand, striving to live a life of high ideals can be overwhelming. It's no easy task and it's likely that we will experience more failure than success. Constant failure and falling short result in feeling defective, incompetent or weak, which can lead to despair and self-hate, believing that we are doomed to a life of mediocrity.

There is no shame in failing while striving towards the heavens.

Someone who has fallen into such an emotional abyss is likely to look for relief from his pain. The most obvious option is to rid one’s self of the cause of his pain, in this case, the very ideals that he has failed to live up to. By no longer holding himself accountable to these ideals, he frees himself from being crushed by them.

How does the Jew committed to spiritual growth avoid this trap?

There is another option other than running away and abandoning one’s ideals. This is the option of feeling fortunate to have such great ideals while accepting failure as part of human reality. This approach is summed up by the rabbis who say, “It doesn’t matter whether one does a lot or a little, as long as one’s vision remains heavenward.” The rabbis are reassuring us that it’s okay to fail and fall short to living up to all of the ideals of Judaism. A little growth is one hundred percent better than none.

We must give ourselves permission to fail. Just because one fails doesn’t make one a failure. There is no shame in failing while striving towards the heavens.

It is not the critic who counts, not the man who points out how the strong man stumbles or where the doer of deeds could have done them better. The credit belongs to the man who is actually in the arena, whose face is marred by dust and sweat and blood, who strives valiantly, who errs and comes short again and again because there is no effort without error and shortcomings, who knows the great devotion, who spends himself in a worthy cause, who at best knows in the end the high achievement of triumph and who at worst, if he fails while daring greatly, knows his place shall never be with those timid and cold souls who know neither victory nor defeat.

It is indeed a noble calling to hold onto the highest ideals even if as one fails and falls. King Solomon said, “The righteous fall seven times and pick themselves up again and again.”

It is a big mistake to abandon one’s ideals because one fails to live up to them. God certainly never intended this when He gave us His Torah, his instructions for living. God expects us to do our best and enjoy the effort and the process of striving. The ultimate challenge of spiritual growth is to focus on being in the process not in succeeding. Being success-focused inevitably leads to depression. Being process-focused leads to vitality and aliveness.

As Jews, we are called to the mission of being “Yisrael” which means “He who struggles with God.“ Struggle is what authentic spirituality is all about. 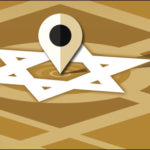 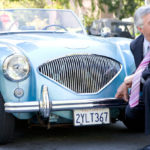 What Would Petey Do?5 min read

A Prayer for Freedom: Ethics of the Fathers 3:24 min read