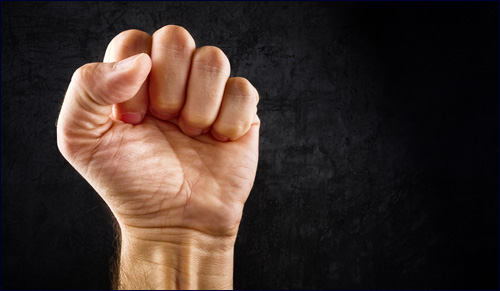 It takes a lot more than posting something on Twitter.

A friend of one of my children was in class at a local community college. The professor had an important question for the students. "Are you a social justice warrior?"

Now of course in order to answer this question it was necessary to establish some criteria. How do I know if I qualify as a social justice warrior?

The professor enlightened the class. "If there is a cause you believe in and you went to its Facebook page and pressed like, you can call yourself a social justice warrior."

Wow! I didn't have to trudge miles in the snow to get to school (although I did stand at a bus stop in the snow) but I do think that the expectations of social activism in the past were a little higher, the criterion more demanding.

I think we need to put in a more meaningful effort on behalf of the needy and disadvantaged than post slogans on Facebook and Twitter while sitting in the comfort of your home.

In Jewish understanding there is an important idea known as mesiras nefesh, self-sacrifice, putting our lives on the line for something bigger than ourselves, usually involving the future of the Jewish people and our relationship with the Almighty.

In more contemporary times, when Jews in the Soviet Union risked their jobs and going to prison by applying to emigrate to Israel, they were moser nefesh. When they learned Torah under the condemning noses of KGB at risk of physical violence, they were moser nefesh. When Natan Sharansky refused to leave his Russian prison cell without his book of Psalms, he was moser nefesh. And when women in the former Soviet Union travel three hours each way by bus to find a mikvah cut in the ice in the middle of a frigid Russian winter, they are most certainly moser nefesh.

Perhaps one could argue that on certain college campuses today standing up for Israel requires a degree of self-sacrifice.

But pushing a button on your phone or computer? That’s a mockery of what it means to be a real social justice warrior (never mind the poor education that the professor is giving her students).

Everyone wants the easy way out. If we can feel that we have added meaning to our live with a mere "like" on Facebook, we'll take it. We can reassure ourselves that we're good people, social justice warriors in fact!

But we know better. Somewhere inside our children they will know that they haven't really put themselves on the line for anything or anyone.

And that knowledge will eventually eat away at them.

I’m sure this professor thought she was being encouraging and supportive, but I think that giving her students genuine hands-on options - some community service, some real opportunities for empathy and giving – would have been so much better.

Me and My Boys5 min read 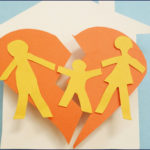 Should We Divorce?8 min read

Do You Want to Boycott Israel? Here's How.1 min read