April 1st and the Jews 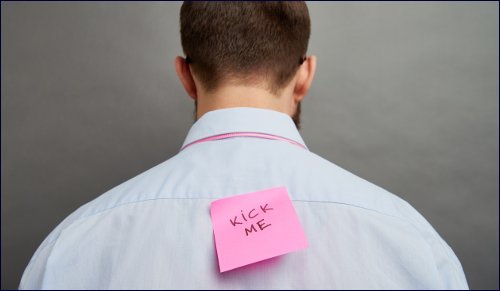 For the Jewish people, April Fool’s Day has been marked by some decidedly non-funny events.

People have been pulling jokes and pranks on April Fool’s Day for generations. The origins of the day are unclear but some think it started in Roman times with the annual festival of Hilaria, which celebrated the onset of Spring with costumes and games. Even though Hilaria was generally celebrated March 25, in time the date of April 1 emerged as a day of fun and of making “fools” of others.

But for Jews April 1 has been marked by some decidedly non-funny events. Some of the greatest threats to Jewish communities have come on April 1, as well as some moments of triumph as Jews returned to the Land of Israel in modern times.

In 1882, April 1 marked the start of a vicious blood libel in Hungary that convulsed the entire country and had ramifications far beyond Hungary’s borders. After a young woman was found murdered in the town of Hungarian town of Tisza Eszlar on April 1, 1882, townspeople pointed the finger at local Jews, despite any evidence implicating them in the crime. When another woman was murdered a few weeks later, the region erupted in hysteria, baselessly accusing local Jews of murdering Christian women in order to use their blood to bake matzah. Fifteen Jews were eventually arrested and tried for this made-up “crime”.

During the high-profile trial, riots broke out in some Hungarian regions. When the Jews were eventually acquitted, the anti-Jewish riots spread. Unable to return home because of anti-Semitic violence, at least one of the Jewish defendants moved to Budapest – and then faced violent riots there as well. This blood libel formed the basis of an extraordinary meeting: the first “International Congress of Anti-Semites”, which convened in the German city of Dresden in the summer of 1882. A year later, citing this blood libel as inspiration, Hungarian politicians outraged at what they claimed was Jewish ritual murder, formed Hungary’s first National Anti-Semitic Party.

April 1 was also the date of another sensational blood libel trial, this time in Bohemia in 1899. After a local Christian girl was murdered, authorities arrested a local Jew named Leopold Hilsner. Prosecutors painted a lurid image of Hilsner murdering the girl and draining her of blood (even though the accusation did not fit the facts of the crime). During the trial, anti-Jewish pogroms broke out across Bohemia and Moravia, including in the city of Prague. Hilsner was eventually pardoned in 1916, after his case and the false accusations against him had caused death and suffering for Jews for a generation.

April 1 was also the date, in 1933, on which the newly installed Nazi government in Germany issued its first boycott against Jewish businesses and Jewish professionals. Yellow and black Jewish stars were painted on doors and windows of Jewish offices, businesses and homes across Germany. Signs warning “Don’t buy from Jews” and “Jews are our misfortune” were posted throughout the country. Special police officers stood in front of Jewish businesses to enforce the boycott. They did nothing to intervene when violence broke out and Jews were beaten and harassed. This boycott was called for one day only, but it was so enthusiastically received that the April 1, 1933 boycott was extended the following week, when Jews were expelled from civil service jobs in Germany; more discrimination soon followed.

Throughout the 1930s and through World War II, April 1 seemed to be a particularly cruel date for Europe’s Jews. On April 1, 1939, Spain’s civil war ended (with a fascist victory). On April 1, 1941, Danica, the first concentration camp in Croatia, began operation; that same day, Nazis murdered 250 members of a Jewish youth group in Subotica, Yugoslavia. April 1 was the date a men’s section was added to Ravensbruck, the feared German concentration camp where tens of thousands of women were forced to work, tortured, and were the subject of gruesome medical experiments, and in which approximately 50,000 prisoners died.

April 1 was also the date of some aid to the Jews. On April 1, 1940, Shanghai agreed to accept some Jewish refugees. Nearly 14,000 European Jews eventually found a safe haven there during the War. After the war, April 1, 1947 saw the first ships enter the port of Eilat, and the first Jewish immigrants to the nascent state of Israel passed through its straits.

While the history of April 1 has often been tragic for Jews in Europe, April 1 has seen some distinctly bright moments in the Jewish state. April 1, 1925, was the date the Hebrew University first opened on Mount Scopus in Jerusalem – seven years after the first buildings were erected in the midst of World War I. “Hebrew Book Day” was first launched in Tel Aviv on April 1, 1926 – today “Hebrew Book Week” is a major literary festival in Israel.

April 1, 2018 promises to bring some joy to workers throughout the Jewish state: recognizing that Israeli workers toil longer hours than their counterparts in many developed economies, Israel’s Minister of Labor, Welfare and Social Services Haim Katz came to an agreement with the country’s largest unions that many workers will work an hour less each week with no reduction in pay. This will bring the typical working week down to about 42 hours. (In comparison, France’s official working week is 33 hours.) Union chairman Avi Nissenkorn explained the rule will “leave more time for family and leisure” for Israeli workers. The new rules are to come into force April 1, 2018 – and that’s no joke.

My Encounter with the Pope
In the Shadow of David and Goliath
Where Do the Laws of Nature Come From?
Saadiah Gaon, Rashi and Maimonides: How Three Rabbis Revolutionized Judaism
Comments