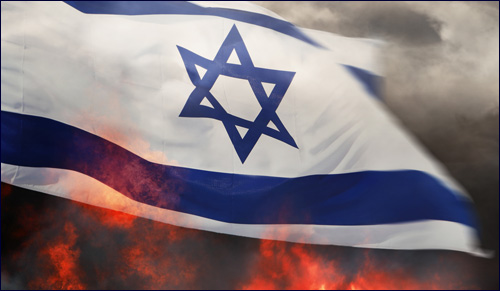 According to a number of recent reports, English-speaking nations with large Jewish populations are experiencing record high levels of anti-Semitism.

A number of recent reports suggest it is. Even English-speaking nations with large Jewish populations, like Britain, Australia, Canada and the United States, are experiencing record high levels of anti-Semitic attacks and abuse. As 2017 draws to a close and hate crimes statistics are being compiled, these countries are seeing record high levels of hatred directed at Jews.

Much of this racism is taking new forms, as social and other media amplify anti-Semitic themes and tropes. In many cases, antipathy towards Jews is becoming more mainstream.

In Australia, anti-Semitic abuse is up nearly 10% compared to a year ago. That’s the conclusion of report issued on November 26, 2017 by the Executive Council of Australian Jewry. The organization blamed much of this higher level of abuse on new neo-Nazi organizations that are becoming more popular in Australia and beyond.

The character of anti-Semitic abuse in Australia has changed over 2017. Assault and vandalism still target Jews, but the number of these sorts of violent attacks has declined. Instead, cases of anti-Semitic posters, graffiti, threats and online abuse have skyrocketed.

In college campuses in Melbourne, Sydney and Brisbane, one newly-formed neo-Nazi group, whose motto is “We are the Hitler you’ve been waiting for”, distributed offensive anti-Jewish posters. One example called on Australia to “Legalise the execution of the Jews”. This sort of rhetoric was echoed in real-life assaults, for instance a March 2017 incident on a Sydney public bus in which a Jewish boy was asked “where are your striped pajamas?” before being spat upon and then physically attacked.

On November 28, 2017, Canada’s government released data showing a rise in anti-Semitic hate crimes across the country: an over 20% rise over the previous year. In fact, Jews were the most frequent targets of hate crimes in Canada in 2017, ahead of Blacks, the second-most targeted group. Hate crimes against Muslim and Catholic Canadians declined in this time. The rise in 2017 follows already high levels of anti-Jewish attacks in 2016. The nature of these attacks is changing too: in many cases they are becoming more violent.

Levels of anti-Jewish hate crimes rose alarmingly in the United States too. The Anti-Defamation League (ADL) recorded high levels of anti-Semitic incidents, including assaults, vandalism and harassment, in 2016: a 34% increase over 2015’s already-high levels.

The ADL reported in November 2017 that this disturbing trend continued throughout 2017. Between January 1 and September 30, there were 1,299 anti-Jewish assaults in the United States, including physical attacks, vandalism, and attacks on Jewish institutions.

According to the ADL, there was a “distinct increase” in anti-Semitic hate crimes after the “Unite the Right” neo-Nazi rally in Charlottesville, Virginia in August 2016. At that rally, protesters marched chanting the Nazi-era slogan “Blood and Soil” and “Jews will not replace us”, and an anti-Nazi protester, Heather Heyes, was killed by a white supremacist. “While the tragedy in Charlottesville highlighted this trend” of neo-Nazi hate, explained Jonathan A. Greenblatt, CEO and National Director of the ADL, “it was not an aberration. Every single day, white supremacists target members of the Jewish community - holding rallies in public, recruiting on college campuses, attacking journalists on social media, and even targeting young children.”

Following the Charlottesville march, according to the ADL, the United States saw a 182% increase in anti-Jewish assaults, but neo-Nazi hate polluted the public sphere throughout the year. The Charlottesville rally was one of at least 33 white supremacist events in the US between January and October. In an additional 188 incidents, white supremacists distributed anti-Jewish fliers, most often on college campuses.

2017 saw record-high levels of anti-Jewish attacks in Britain; in July the Community Securities Trust in Britain, which tracks anti-Semitic incidents, reported an increase of nearly one third in the number of attacks in the first half of the year, compared with the same time period in 2016.

As in other countries, anti-Semitism in Britain came from both extremes of the political spectrum. A 2017 survey by the Institute for Jewish Policy Research in Britain found that while about 70% of Britons hold a favorable view of Jews, nearly a third of Britons were characterized as anti-Semitic. About 3% of the public seems to be hard-core anti-Semites, but about 30% seem to hold some anti-Jewish views. The highest levels of hatred towards Jews was found in the extreme right; those who identified with far-left politics and British Muslims were also more likely to harbor anti-Jewish views. In left-wing circles in Britain, the term “Zio”, short for Zionist, has become a term of potent abuse.

Increasingly, these odious views are being spread online; a 2017 report by Tel Aviv University found that in Britain, as elsewhere, “Social media has become a primary means to abuse or harass Jews and Jewish public figures”. In the US, the ADL has documented a huge increase in online anti-Semitic activity. Examining Twitter messages in the first half of 2016 alone, the ADL found that over two and a half million Tweets contained anti-Semitic language.

As these countires grapple with record-high and increasing, levels of anti-Semitic abuse, some Jews are thinking of leaving. A study by the British Campaign Against Anti-Semitism found that only 59% of British Jews feel welcome; fully a third have considered leaving. As hatred of Jews becomes ever more fashionable, it’s possible that other English-speaking Jews might reconsider their historic place in the countries they call home.

How to Respond to Antisemitism
Olivia Newton John’s Grandfather was a Nobel-Prize Winning Jewish Physicist
Don’t Believe in Other Gods Versus God is One
Seeing Without Eyes
Comments
MOST POPULAR IN Israel
Our privacy policy
Aish.com Is Looking for Great Writers