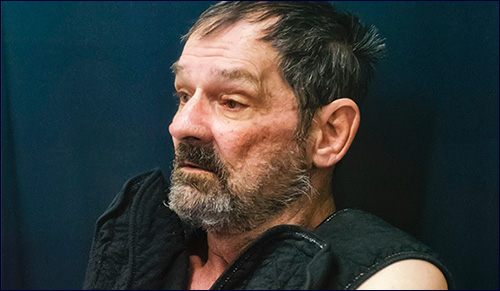 The Kansas City JCC murders remind us that virulent anti-Semitism does exists in the United States.

On a quiet Sunday afternoon, the JCC in Overland Park, Kansas was full of kids. Some were there for a singing and dancing competition. Others were just arriving with their parents for an umpire clinic. Nearby, in Shalom Village, an assisted living facility, residents and staff were getting ready for Passover, which was starting the following night.

The calm of that afternoon of April 13, 2014 was shattered when Frazier Glenn Cross, a 73 year old white supremacist with a history of founding racist, anti-Semitic, paramilitary organizations, strode into both buildings, shooting at adults and children alike. A father who was visiting the JCC that day with his young son described the scene: “All of the sudden we heard a gunshot, a pretty loud gunshot… I turned to look to my right and I can see a man standing outside a car with a shotgun, what to me looked like a shotgun, and there was somebody laying on the ground.”

By the time the rampage was over, three people were dead: William Corporon, a local doctor; his 14-year-old grandson, Reat Underwood, who’d been looking forward to competing in the JCC’s singing competition; and Terri LaManno, who was visiting her elderly mother in Shalom Village.

As it happened, none of Cross’ fatal victims were Jewish, but Cross’ intentions to harm Jews by targeting Jewish institutions was clear. After his arrest, he shouted “Heil Hitler!” to the traumatized crowd around him.

It’s tempting to dismiss Cross as an aberration, one eccentric old man. But he’s hardly alone. In the days after his rampage, the mayor of a town near where Cross lived, Mayor Danny Clevenger of Marionville, Missouri, even praised Cross, echoing his anti-Semitic views, saying Jews are “destroying” the United States.

As the world prepares to mark Yom HaShoah to commemorate and honor the memory of the six million Jews who were killed in the Holocaust 70 years ago, it’s incredible to realize that today in America there are people who will proudly call out “Heil Hitler” as they shoot and murder innocent children – and shocking to realize that there are others who publicly support their odious views.

American Jews are used to hearing of high levels of anti-Semitism and reading of horrific attacks on Jews overseas. In the weeks leading up to Cross’ attack, for instance, the openly neo-Nazi political party Jobbik won 21 percent of the vote in Hungarian national elections and a seat in the government and France’s anti-Jewish National Front made significant gains in French local elections, winning control in several towns. Two weeks after the shooting, Jews in Ukraine were handed leaflets ordering them to register with local authorities. In some European countries today, clear majorities of people polled hold anti-Semitic opinions: 63% in Hungary, for example, and 53% in Spain.

The United States, in contrast, can sometimes feel like a country free of the taint of anti-Semitism. Tragically, the Kansas City JCC murders remind us that virulent anti-Semitism does exists in the US.

The crimes range from ethnic slurs and insults, to vandalism, property damage, even life-threatening attacks. A 2012 survey found nearly a thousand reported anti-Semitic attacks in the US that year, including Molotov cocktails thrown into the house of a rabbi in New Jersey, a Jew punched in the face as he walked home from synagogue, swastikas and threats to Jews written on buildings, cemetery vandalism, and more.

And those are just the reported incidents. For many American Jews, anti-Jewish feelings create a climate of fear, eroding their confidence and comfort. One 2013 poll found that fully 81% of American Jews feel that anti-Semitism is a problem in the United States.

Other studies concur. A 2013 poll by the ADL found that fully 12% of Americans hold anti-Semitic views. And when it comes to specific questions about Jews, the numbers can be far higher.

The most widespread suspicion of Jews in America seems to focus on the age-old anti-Semitic accusation that Jews aren’t good citizens: fully 30% of Americans believe Jews are more loyal to Israel than to the US.

Given the hatred of Jews in some corners of American society, what can we do? Here are five ways to begin combating anti-Semitism today.

Take opportunities to share your Jewish knowledge with others; you might just dispel some myths and change people’s minds when you do.

I’ll always remember a comparative religions professor I encountered when I was 17. He seemed dismissive of Jews and Judaism, and I felt he looked down on me as a Jewish student. He wasn’t Jewish, but even so, he knew much more about my own religion than I’d ever learned in Hebrew School as a child.

As irritating as he was, that professor did me a huge favor: I decided to take Hebrew classes and begin learning more about Judaism in college, in part to counter his negative statements.

It’s never too late to educate ourselves, and become more effective advocates for ourselves and our wider Jewish community.

Tapping into our Jewish heritage – and immersing ourselves in it – is the best way to combat anti-Semitism. It gives us the strength and tools we need to combat prejudice – and also enriches our lives.

When you hear anti-Semitic slurs, speak out. When you signal you won’t stand for anti-Semitism, it sends a clear message that this sort of discourse is unacceptable.

You don’t have to combat anti-Jewish slurs alone. Connecting with other Jews and Jewish organizations can help give you the tools – and the courage – to stand up to anti-Semitism.

The Mutation of Antisemitism
Olivia Newton John’s Grandfather was a Nobel-Prize Winning Jewish Physicist
Don’t Believe in Other Gods Versus God is One
Seeing Without Eyes
Comments
MOST POPULAR IN Israel
Our privacy policy
Aish.com Is Looking for Great Writers