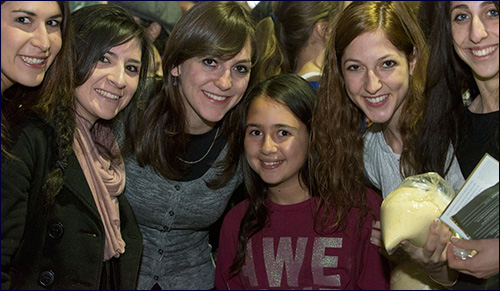 The transformational Shabbos Project fires the soul of a community.

Professor Dan Ariely knows what you are thinking.

More accurately, Ariely knows that whatever you are thinking, it’s not always so rational. The NY Times bestselling author has dedicated his life to understanding the fickle nature of human decision-making, and is recognized as one of the world’s leading “behavioural economists”. His expertise and insight into what makes human-beings “opt-in” to some things while “opting-out” of others has made him a highly sought after business consultant courted by multi-national corporations seeking to influence the behaviour of their clientele.

Last year, Ariely visited South Africa at the behest of a large medical-insurance company which was looking to incentivize its members to live a healthier lifestyle. During the course of his visit, he tracked down South Africa’s Chief Rabbi Dr Warren Goldstein. Ariely was intrigued by the tenacity of the Jewish people’s observance of the Torah, and as part of his on-going fascination with behaviourism wanted to understand what it is that has convinced generations of Jews to adhere to a lifestyle different to that of their host culture, often during periods of intense persecution and adversity.

Little did he know that the seemingly innocuous encounter would spark a minor revolution in the South African Jewish community.

South Africa has long been a country which testifies to that indomitable spark which smoulders deep inside every Jew. Since Jews arrived at the Southern tip of the African continent in 1841, this community has been known for its traditionalism. In recent decades South Africa has been at the epicentre of a return to Jewish practice. Despite this fierce dose of traditionalism, South Africa Jewry today faces many of the same challenges facing communities around the world – the effects of assimilation and the atrophy of Jewish commitment.

During the course of Rabbi Goldstein’s conversation with Ariely, the rabbi asked some questions of his own. How could he, as a leading spiritual figure in South Africa, influence his community to increase its commitment and connection to Torah? Rabbi Goldstein had identified Shabbat as one of the most central aspects of Judaism, but was unsure how to encourage his constituency to connect with it. Ariely’s answer was unequivocal: You have to get them to try it, to commit to it for a finite period of time.

Armed with this piece of advice, Rabbi Goldstein launched The Shabbos Project, a bold initiative aimed at getting every South African Jew to keep one Shabbat. What made this project so radical was that it aimed at getting people to take on the whole deal – not simply to light Friday night candles or attend a synagogue, but rather to immerse themselves in the entire Shabbat experience. No driving, no iPhone or Blackberry, no Saturday golf or televised sports. In the words of the manifesto Rabbi Goldstein created: “…from sundown to stars out… to endeavour to keep it in all of its detail and splendour as set out in the code of Jewish law…”

The project was a gamble, and to give it the best chance of success, with the help of an energized team Rabbi Goldstein launched a massive promotion campaign, harnessing the power of social-media to get the word out. His team recorded hundreds of micro video testimonials of average South African Jews pledging to keep the Shabbat. Billboards sprang up around major cities. He enlisted high profile celebrities to commit to observing this one Shabbat.One of the country’s most well-known pop singer endorsed the idea, cancelling a major gig to get behind the project. In a Youtube video created by Rabbi Goldstein’s team, the country’s most popular comedian deadpanned: “Guys. This is my plea. Be a good Jew for one weekend. How much is it to ask?… one weekend. And if you don’t feel inspired … then do it out of Jewish guilt… and ’cuz your mother-in-law will be proud of you.” 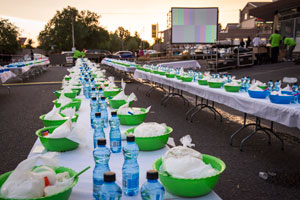 Recognizing that for many participants Shabbat observance was a completely new concept, the team set out to educate as to what Shabbat is all about. A printed “toolkit” was created, walking the reader through all the details of Shabbat, and the website was stocked with numerous educational resources. The project partnered with dozens of synagogues around the country to create programming for the big Shabbat.

For some it was an intimidating: “We have never kept Shabbos before, and it all sounded quite daunting,” wrote one participant, “but we wanted to take on a challenge. My husband and I are both totally addicted to technology so the mere thought of us not having our phones and social media for an entire Shabbos was laughable at the outset.”

The gamble paid off beyond Rabbi Goldstein’s wildest expectations. According to estimates, on October 11/12 some 20,000 South African Jews kept Shabbos for the first time in their lives, swept up in a wave of excitement and communal energy.

“We almost decided to do it so that we wouldn’t feel left out,” explained one couple. Golf caddies scratched their heads in wonderment at the empty fairways, and one non-Jewish hairdresser was heard saying that she intended to close Saturday because all her clientele were otherwise occupied. An entire neighbourhood came together for a giant Friday night dinner in the closed-off street outside their homes, six hundred people enjoying the ambiance of Shabbat with friends and family under the African stars.

Ariely was impressed. So impressed that he chose to keep the Shabbat himself back in his hometown in the USA.

But was the Shabbos project just a giant social experiment, a demonstration of the power of social media and advertising to influence the fickle human psyche?

The comments were telling, revealing something deeper: “It set off a community spirit as good as the World Cup Rugby or the Soccer World Cup mania,” enthused one participant “but a lot more spiritual and a lot more meaningful to the soul.”

That meaningfulness was palpable on the Thursday night before the big Shabbat, when a giant “Street Chalah Bake” took place in the heart of the Jewish neighbourhood. Around 2,500 women mobbed the event, some wept openly as they connected with the sacred rite of preparing the traditional Shabbat loaves that had been treasured by their mothers and grandmothers for centuries.

One Johannesburger described her first Shabbat: “being completely in the moment ... To breathe; to love; and to appreciate each and every minute… not thinking about plans for the next day – when the day itself was so magnificently present.. The feeling of pure and joyful connection… on a deep level – to Hashem; and to my incredible family; and being surrounded by the shul's warmth and connecting with the entire community. It was all unbelievably profound.”

Another man wrote that “Keeping Shabbat was one of the most satisfying achievements of my life, and at the same time I was in awe of how easy it was.” Another described how “I now have the knowledge and confidence to keep Shabbos in the future. Spiritually, I am left with a sense of awe and deep contentment…” 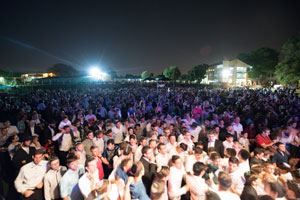 As the stars came out on Saturday evening, thousands poured onto a local school sports field for the traditional havdala ceremony and a concert marking the end of Shabbat. But that grand showing of public support was in many ways less significant than what had transpired in the deep privacy of hundreds of Jewish homes. It was as if a giant soul magnet had been waved over the South African landscape, and hundreds and thousands of souls stoop up like iron filings.

For one Shabbat, thousands of sparks which glimmered faintly in hundreds of far-flung South African homes blazed into life; and for one day a country was electrified by the power of our most treasured gift, the gift of Shabbat.

Rabbi Aryeh Taback lives in Johannesburg, South Africa with his wife and children. He is the author of The Director: True stories of everyday miracles (Artscroll 2003), and freelances for various Jewish publications.

The Mutation of Antisemitism
Should I Break Up, Get Engaged or Keep Dating?
Time Is Your Precious Commodity
A Constant World in Flux
Comments
MOST POPULAR IN Israel
Our privacy policy