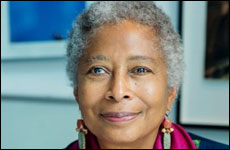 An open letter by Israel's Consul General in New York.

The following open letter was originally published by the New York Post.

I am writing this letter to you with great pain, after encountering your name in the news, again, calling for a boycott on my home and country.

Recently, you urged a popular American artist to boycott Israel. In your statement you claimed that “under a campaign named ‘Brand Israel,’ Israeli officials use culture and arts to showcase Israel as a modern, welcoming place.”

As it happens, I’m the founding head of Israel’s brand-management team and the originator of the Brand Israel movement you refer to. Let me tell you the real story of Brand Israel:

For decades, dozens of countries, cities and regions all over the world have engaged in a “branding” process – a comprehensive attempt to present an attractive image of a place, which should lead to increased tourism, foreign investment and export. 'I Love New York' is part of one such campaign.

No other country has ever been criticized for engaging in this common practice of courting tourists and businesses. Only in Israel’s case is it – for some reason – deemed a demonic exercise of the “Israeli propaganda machine.”

Why is it considered a ploy in our case, when it is a worthy and normal endeavor when everyone else does the same?

This is even more ridiculous, when the Israeli government sponsors award-winning films with self-critical viewpoints that often deal with the conflict that the critics claim we are trying to hide. An odd “propaganda machine” indeed.

So why is it that in your view, the Jewish state has no right to promote itself, dress up for its tourists and appeal to millions, while entities like Iran and North Korea, not to mention Gaza under Hamas, avoid your harsh words and condemnations?

Why is it considered a ploy in our case, when it is a worthy and normal endeavor when everyone else does the same?

Here’s a strange twist: A well-known American author, who prides herself of the protection of freedom and pluralism, is trying to deprive millions of Israeli music fans of their right to enjoy music.

Let’s admit: You do not think Israel has the right to be presented positively. You displayed your own inability to relate to Israel other than through the prism of the conflict with its neighbors.

Israel, like many other places on Earth, experiences a variety of issues and challenges – some related to our society, others to the geopolitics of a changing region. Israel should not be viewed solely through the prism of its problems, nor should any other country.

Israel is a vibrant nation, with hard-working people who make the world a better place on a daily basis. Our legendary foreign minister, the late Golda Meir, was one of the first leaders to reach out to the “newly decolonized” nations of Africa immediately after their independence, to join hands in sharing our respective experiences as young nations.

Meir’s work and legacy still thrive all over the developing world, spreading the light that is Israel, and for the benefit of making people’s lives better.

Israel is a country of history and wonder, surprises and values. It is a source of light. Let it shine.

This legacy was manifested not too long ago when Israelis from all walks of life received word of the earthquake in Haiti. In just a few hours, planes were packed with supplies and manpower to help in the relief efforts.Israel was one of the first countries to arrive in Haiti after the earthquake, and we immediately got to work in order to set up entire field hospitals, complete with pre-natal units, in the hardest hit areas.

While Israeli search-and-rescue teams went to the wreckage to look for survivors, our doctors were delivering new life and providing a new hope for survival. After the wreckage was cleared, teams of doctors and engineers traveled once again to Haiti to help with the efforts to rebuild.

We all know that there is a dire need in the world today for greater understanding and mutual respect between peoples and nations. Once we start excluding others unjustly and immorally, it can only serve to harm the greater good.

Let’s use our words carefully, to build bridges, not destroy them. To bring healing, not pain. Ms. Walker, Israel is a country of history and wonder, surprises and values. It is a source of light. Let it – and us all – shine.

Teach Children to Love and Respect, Not to Hate and Kill