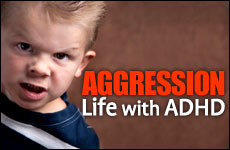 The first time I gave my son medication, I felt like I was poisoning him.

I am putting my five year old son to bed, when suddenly his hand reaches out and grabs my throat. Immediately, he transforms his action into a caress; it is as though his hand had acted on its own, and his mind only caught up with it a moment later. The threat lingers in the air as I turn out his light and leave the room.

I watch him. I see his little acts of violence. I see them often directed at me – always unprovoked, and always unexpected.

I find graffiti under the table. His destruction is subtle, and hidden. It is very hard to catch him in the act.

The cover of a new book is scratched now. It is a small thing, but when was this done, and why? I don’t ask who did this.

I am lying in bed when he comes in and throws a die at me. The die cracks against the wall over me with a sound that is sharp and menacing.

I squeeze my eyes closed. When I open them, he is still smiling.

Is it a game or a threat? Sometimes it is impossible to tell.

Sometimes he bites. He bites his father while they are playing. Immediately, he covers the damage with a kiss.

He chases his sister around, calling, “I am going to bite you.” Yet they are both laughing and enjoying the chase. Is it a game or a threat? Sometimes it is impossible to tell. I wonder if he even knows himself.

His aggression is like the tongue of a lizard that flashes and instantly retreats back into the warm cave of his mouth. It is always accompanied by a smile or a kiss.

Related Article: The Gift of ADHD

He presents a cup of urine to his teacher innocently, as though it is a cup of olive oil. She is confused by his behavior. It seems to exist without a context.

I know her confusion, because I too am confused by what his actions mean. How is it possible to have such sweetness accompanied by such aggression? How can they co-exist?

And how can all this be happening inside my son, whose radiance has illuminated my life since his birth?

I’d rather say that I am a lousy mother and let him remain untarnished. It would let me preserve him. Keep him whole.

Massive doses of omega threes and dietary modifications do not help. He bites his sister on the leg. When I put him in time-out, he bites himself. At school, he bites a classmate on the cheek. The next day, he bites someone else.

The first time I give him medication, I feel as though I am poisoning him. Every possible side-effect haunts me as I grind his morning dose between two spoons, and add it to his sandwich. When he throws a massive tantrum later that day as the medication wears off, I take him in my arms and rock him.

The doctor recommends an afternoon dose as well as a morning one. Instead I take him to the park, rationalizing that he just needs to run off his excessive energy. I don’t want to believe that something is so wrong that it requires medication to be corrected.

During school hours my son basks in the newfound sunshine of his teacher’s praise. Over vacation I witness his transformation firsthand. I see the way he is able to sustain concentration on mental tasks. He plays board games, and completes one hundred piece puzzles, activities which were previously inaccessible to him. He sits quietly and appears at peace in his body for the first time in years.

As the medicine wears off, he speaks faster and his speech becomes more garbled. He moves faster and fidgets non-stop. He becomes isolated within a twister of non-stop motion. Friends keep their distance; toys scatter and break.

He is barred from after-school activities because he bothers people. Anything that would be a creative outlet becomes another closed door.

This small pill stands between him and life as a social outcast.

I relent and begin to administer an afternoon dose. Medication brings new challenges. He refuses to take it. He complains that it does not help him; he does not need it. I coax and cajole, threaten and bribe, to ensure that the medicine is taken.

Since medication for hyperactivity is a stimulant, it must wear off before he can sleep. Some days he crashes, unable to regulate his mood as the medicine wears off. Then I wrap him tightly in a blanket, and hold him as he thrashes, protecting him from his rage while protecting myself.

There is an exclusivity to our bond that is sometimes crushingly heavy. If I am not available for this task, if I am sick or needed elsewhere, the repercussions are enormous. No one else can calm him as I can. His sister and his father are shut out by their inability to deal with his rage.

As I navigate the minefield before bedtime, I wait for him to grow up, and to grow into an understanding of greater self-regulation. I pray for a happy ending. I tell him over and over again that I love him. I mean it.

All over the media, people decry the myth of ADHD. They question the love of any parent who chooses to medicate their child. Yet I recognize that this small pill, ground up and added to my son’s food with breakfast and lunch, stands between him and life as a social outcast. Just like the blanket I wrap him in as he thrashes in rage, it is another small shelter of love to protect him from harm.

PODCAST: My Child is Being Bullied. Now What?