Affluenza: Be Careful What You Wish For 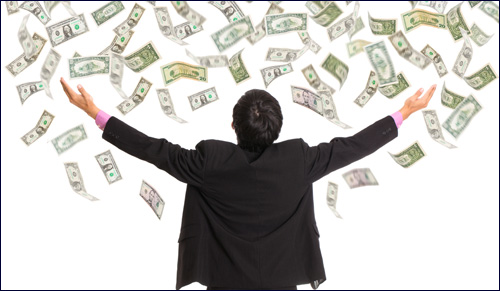 How rich do you want to be?

Your financial situation not fulfilling your dream for great wealth and affluence? Hoping that 2016 rewards you with the kind of money that can bring you endless happiness?

Think again about what to pray for as you read this past week’s headlines about Ethan Couch.

In 2013, Ethan stole two cases of beer from a Wal-Mart store and became highly intoxicated. That didn’t stop him from speeding in his father’s pickup truck at 70 mph with seven teenage passengers, veering off the road, and killing four pedestrians as well as seriously injuring 12 others. Ethan got off on probation without any jail sentence whatsoever based on a highly unusual defense. His attorney, G. Dick Miller, a psychologist hired as an expert by the defense, testified in court that the teen was a product of "affluenza" and was unable to link his bad behavior with consequences because of his parents teaching him that wealth buys privilege.

The prosecution pleaded that letting Ethan off so leniently would almost certainly reinforce that very perception. But that’s exactly the lesson the court chose to give. Ethan beat the system – just as he had previously done when at the age of 13 his school principal reprimanded him for driving a car without a license but was threatened by Ethan’s father that if he “didn’t leave the kid alone, he would buy the school and fire him.”

A few weeks ago Ethan failed to appear before his parole officer. Turns out that he and his very protective mother fled the country. As a fugitive from justice, a federal warrant for his arrest was issued and the multimillionaire mother and her spoiled son were captured in Mexico and are being brought back to the States.

Once again we may hear the affluenza defense. Once again we may be forced to realize that justice doesn’t mean the same thing for the rich as it does for the poor. But there’s one more message we ought to take away from this story: affluenza, too much wealth without responsibility or restraint, may not be a valid defense against accountability but it almost certainly can play a crucial role in destroying character and ethical behavior.

The impoverished suffer from need; the super wealthy are sickened by greed.

It was King Solomon, known in Jewish tradition as the wisest of all men, who taught us the prayer that begged God, “Give me neither poverty nor great wealth” (Proverbs 30:8). Extremes of either one are as destructive as their total absence. The impoverished suffer from need; the super wealthy are sickened by greed. Too much is as bad for our emotional health as too little is for our physical well-being.

We live in a time blessed by great material prosperity. It is something that generations past longed to be able to pass on to their children. What we very often weren’t scrupulous enough to consider, however, was the potential minefield of bad behavior which lay in wait for our youth if they weren’t taught to balance their good fortune with a sense of self-discipline and responsibility.

In our personal quest for wealth we need to make certain that we do not allow it to become synonymous with stealth – stealing our sense of morality, our personal dignity, and the preciousness of our values above all the additional zeros in our bank accounts.

In Jewish tradition, there’s a saying that during our lifetimes we have three main friends—and when we die, they leave us in exactly the reverse order in which we treated them. No sooner does our soul leave our body, than all of our wealth flees with it as well. Families are more faithful. They walk with us after our passing to the cemetery, our final resting place. Then, they too leave us to go on with their lives. It is only our name, the good deeds we performed for others, and the influence we may have had upon them, that outlive us and offer us a share of immortality.

Strange then, isn’t it, that we spend most of our lives chasing after money, spending far less of our time than we should with our families, and spending so little of our efforts to accomplish those things by which we will be remembered! Maybe making a fortune isn’t all that it’s cracked up to be. Maybe we can even identify with the profound words of Emile Henry Gauvreay: “I was part of that strange race of people aptly described as spending their lives doing things they detest to make money they don’t want, to buy things they don’t need, to impress people they dislike.”

May we have all that we really need – but be spared the curses of greed. And may we be affluent in friends, family and good deeds – and be saved from the seemingly incurable sickness of affluenza.

The Virtues of Intolerance

Is Hanukkah Overrated?: This Video Will Make Your Holiday More Meaningful

Banning Maus, a Holocaust Graphic Novel, from Schools Is a Mistake
Lokshen Noodle Kugel Recipe
G-d Time
Shavuot is The Holiday of Cheesecake and Blintzes
Comments