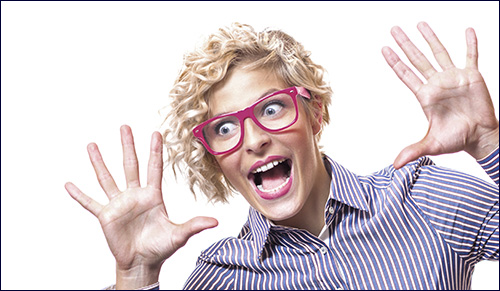 From what I told my son about his new apartment to my cousin who wants to maximize an all-you-can-eat breakfast buffet.

True, I spent six years in University, including two years at the Columbia School of Social Work to make the world a better place. I love this part of my career. I love helping people and work hard at it. Fortunately, I had brilliant professors who knocked themselves out teaching us theory, practice, ethics, while picking us apart to make sure our mishegoss didn’t leak on our clients’ mishegoss.

Now that’s professionalism, which I practice every day.

I’ma Jewish mother with 3,000 years of yiddishe DNA stitched onto my soul.

Ah, but I’m also a Jewish mother with 3,000 years of yiddishe DNA stitched onto my soul, which is why in my personal life, I offer a slightly different brand of “advice” with a Jewish spin. Fluffly slippers may also be involved. This is also why my son’s pediatrician wrote “MOTHER LUNATIC” on the top of his chart when I asked if a hernia in an infant was ever cancerous.

So, I have two “advices” – the pro, all Ivy proper, and the Jewish mama, sensible when not hysterical. Sometimes they work together. I have been known to throw in an “Oy” with clients from Tuscaloosa and sometimes even “yutz” and “chutzpah.” Some problems require the occasional use of Mama-loshen.

I recently looked through my journals and emails, so I could present you, my readers, with advice and comments I have given to my nearest and dearest from Marnie the Meshuggah Mom. We start with Apartments, Running Interference and Food.

APARTMENTS – THE SON MOVES OUT:

ME: (TO MY SON) Nice. Very nice place you got. Yeah, I see the three steps up to the bedroom … and the three steps down to the living room. Oh and the five steps to the teeny terrace. And all those fancy steps for $800 a month? Amazing. Unless maybe they couldn’t rent it for two years because of all the tripping and suing.

ME: (TO MY SON) I took a ride around your neighborhood. Then I looked it up. Did you know that terrorists once anonymously took a room two miles from you? You don’t believe me? Here: #TerroristsHideOutInYourNeighborhood. Those people come back! They’re not only evil, but they don’t change. Better you should move back in with me.

ME: (TO MY SON) OK, I see it’s a gated community. You think that will stop a terrorist with a bomb on his belt? Give me the password so I can get in and don’t tell me you forgot it! You’ll write it down. OK, email me it. Plus an extra key. Also, I don’t trust your roommate. I’m telling you, he’s not reliable, which is why he’s living with you. I checked with his mother. She doesn’t trust him either. If she can’t trust him, why should I trust him to call me if God forbid, you fall down those 80 stairs and break something – or an Ahmed blows you up? Oh … another thing. I checked your roomie on “WhatYouDon’tKnowAbout YourRoomie.com.” There are THREE, count them three people with his name. One was a maniac in South Africa. (But he could have moved.) The other was on “America’s Most Wanted,” but he was 53, however, he could have lied. The third was right near you – in Tempe, Arizona. I’m staying on it as his parole board hearing is coming up. Stay ALERT.

ME: (TO MY SON) The last time I was there I smelled mold. God knows what else is there? Bedbugs? I noticed Bed Bug Spray behind the clothes in your closet. It’s also good for fleas! What the heck is going on there?! You could go into anaphylactic shock with your allergies!!

ME: (TO MY SON) I’m still waiting for the e-mail of your password and a copy of the key. Even if you’re busy spraying, you can take a minute to write me a password.

ME: (TO MY SON) I just remembered. There’s no washer/dryer in your place. So, where is the laundry room? While doing research I found that more young women are captured in their laundry rooms than in alleys. Even though you’re a guy … serial killers are meshugge. He could target you. I saw that on “Criminal Minds.” Also, DON’T USE THE UNDERGROUND PARKING. That came in second after alleys.

ME: (TO SON) I called and texted you. When I didn’t get an answer, I called your roomie. He told me you DROVE to California for an event. This, you couldn’t tell me, so I won’t go meshugge with worry?? So, are you driving alone, or with a group? Email me your VIN number and license plate! BTW, I now like your roomie. We’re meeting for dinner tonight. We both agree you’re dealing with a lot of hostility. So now I’ve got road rage to worry about. Remember I’m a professional. I can help you with that. So call me as soon as you get this.

ME: (TO SON) I know you hate when I interfere, but I paid for you to join HandsomeJewishSingles.com Listen, can it hurt? Besides, your dad and grandpa on their deathbed made you promise to marry “in.” This, I take very seriously, as should you. I texted those young ladies who wrote back and uploaded their pictures on your Facebook. Personally, I favor Devorah. OK, she may be a little hippie, but she went to Day School and is applying to Yale. Now, why did you “UNFRIEND” me for caring??

ME: (TO MY SON) I got the password and key from your roomie. (He’s a doll, his mother must be a kvetch.) I made a huge pot of Borscht and Shav. You hated it when you were five. Well … try it now. Your roomie loved it. I also brought you leftovers … a small brisket, kasha, and some Kedem grape juice. Eat darling. You’ve lost weight. At least try? It wouldn’t kill you to be more flexible. Suppose you only had spinach and beets because, as usual, you forgot to shop?

ME: (TO AN IN-LAW) Hi darling. You know that meshgugge diet you’re on – again. Well, for your Birthday, I got you a Juicer from the Shopping Network you wanted. Naturally I tried it out. It’s the pits. No really, it’s the pits. (A joke.) All that shmutz to clean. I made one glass of orange banana. It took 30 oranges and 12 bananas. I tried making matzo ball soup. You’ll love it, but please don’t buy me gifts from the Shopping Network. I already broke the George Forman grill, although the Ab thing makes a good rolling pin. Thanks. Not that I’m not grateful.

ME: (TO A JEWISH COLLEAGUE) Eating disorder? I had a client with one. Of course it has to do with feelings of lack of control. Why would a Jewish child feel a lack of control?? Meanwhile, in my house, an “eating disorder” is the inability to eat 30 matzo balls during Pesach.

ME: (TO A JEWISH FRIEND) Miri, I tried your vitamins to make me look younger. I got a rash. My neck looks like a turkey on prunes. Stop recommending already. I have a publisher friend who told me those 60 year olds who look 30? They’re TOUCHED. And both are dead from Botox poison.

ME: (TO MY COUSIN’S DAUGHTER) I hear you’re meeting your mechutanim at a buffet in New York. Listen carefully, at $50 a pop, use your Yiddishe kup. The cheap stuff, e.g. rolls, yogurt, salad, they keep in the front. So head right around the table at the back to get the lox, whitefish, and salmon. Also tell everybody at the table. They’ll be thrilled to have such a thrifty daughter-in-law.