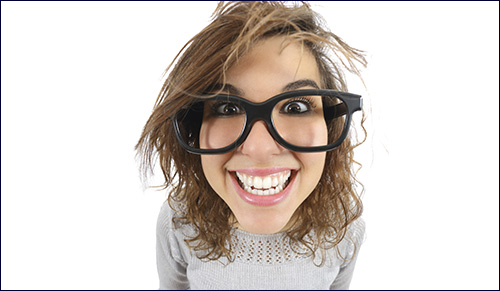 My advice and witticisms on apparel and appearance.

In part one, I explained that despite my years of professional social work practice, degrees, licenses, and the desire to use skill and creativity in dealing with those who need help … there’s another side to me.

Of course my curls are natural! Would I do this to myself?! Yutz!

Once again, I bring you the Meshuggah Jewish Mom. True, I’m a Columbia University-trained social worker where I learned from the best and the brightest. I found, however, especially in my personal life, a Yiddishe kup doesn’t hurt. Now that I think of it, back then, 90% of my professors were Jewish. A coincidence? I think not. True, they didn’t exactly speak Yiddish to us, but there was that great debate between two of my profs over the proper length for a “Columbia-trained” social worker’s skirt. I tell you it was a debate of Talmudic proportion. I don’t recall which prof “won” but I do remember the “loser” mumbling “yutz” and “shmegegge” under his breath.

ME: (TO COUSIN’S DAUGHTER) Darling, I know “asymmetrical” is in.” But sweetie … you need more asymmetrical after your parents paid a fortune so your face and back would be symmetrical? You’re gorgeous, now return that thing for a caftan.

ME: (TO A BFF) I watched “Project Runway.” You wouldn’t believe what won. “Orchard” and orange color blocks. What? Purple and orange is the new black? Feh! Also some designer wrote his inner feelings in zig zag with mixed stripes and prints. Not only did I almost go blind, but some inner feelings shouldn’t be let “outer” – like his. Another dress was absolute white. Trust me. The only people who look in white are Good Humor men.

ME: (TO A COLLEGE STUDENT I KNEW AT A PURIM PARTY) What is this with the crop tops? Are they good for bringing in the crops? What? You were raised to be a farmer?

ME: (TO A FB FRIEND WHO E-MAILED ME PHOTOES) No. Since when is “Neon” a color. It’s a billboard. Burn the pants.

ME: (TO A FORMER FRIEND’S TEENAGER) I don’t care if those 5 inch stilettos are Manolo Blahniks. I read an article on how at least one Jewish girl in Shaker Heights got her heel caught in a grate and was trapped for four hours: #SHOESLEADTODOWNFALL. The emergency services had to use the Jaws of Life, because she chaloshed from fear when she broke her ankle with the twisting and turning. This could be you. More … The JTA reported that Sarah Jessica Parker was told by her doctor and I quote: ‘Your foot does things it shouldn’t be able to do. That bone there… You’ve created that bone. It doesn’t belong there.” And that man’s a doctor! You want bones sprouting so all you can wear are orthopedic shoes? Very attractive in a 22-year old. If you don’t believe me, look up the following hashtag: #OLDLADYSHOES.

ME: (TO MY LATE HUSBAND) Those shirts you kept from when you were in City College with the holes? I sent them to the Salvation Army. The Jewish home sent them back. And no, someday they won’t be worth a fortune. That Nehru jacket is missing a whole collar which made it a Nehru jacket!

ME: (TO A FRIEND’S BUSY DAUGHTER) Listen darling … One word: “Spanx.” With all that running around you do, I also recommend surgical stockings. I wore them in the hospital. Wait, don’t buy, I saved. Use mine. I also have thigh highs. When? 1980, but they held their shape.

ME: (TO MY COUSIN’S DAUGHTER) Gorgeous dress! And you bought it in the upscale resale store I told you about. Mazel Tov. Did you ask you owned it before? Miley Cyrus?! Oy vey, from this you can get hepatitis and frankly, yellow isn’t your color.

ME: (TO A FEMALE STRANGER) Of course my curls are natural! Would I do this to myself?! Yutz!

One Drink Too Many: My Journey of Breaking Free from Alcohol
The Scandalous History of the Aleppo Codex
Who was Two-Gun Cohen?
Why Really Everyone Believes in Free Will
Should Jews Support Ukraine?
The Jews of Cuba
Comments
MOST POPULAR IN Funny Stuff
Our privacy policy