ADHD: From Victim to Victor 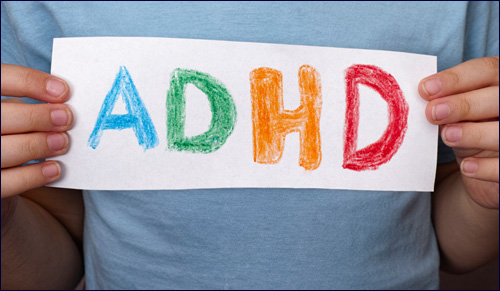 A basic primer of dealing with kids who have this prevalent condition.

Most of us find ourselves a little “scattered” at moments. Who hasn't zoned out during a meeting or while listening to a speech? Or found their attention wandering during conversations with friends or co-workers? Forgetting where we put the car keys or why we dropped by the supermarket are experiences we can all relate to.

For many people, however, absent-mindedness, “scattered” thinking and disorganization are not merely occasional lapses. They are chronic and persistent, to the point of impairing a person’s functioning. When attention deficit is present to this degree, it can indicate the presence of a neurological disorder.

ADD and ADHD (attention deficit with hyperactivity) are among the most prevalent chronic conditions plaguing school children in the United States, experts say. In a majority of cases, left untreated, the symptoms – and their emotional fallout – continue through adulthood.

What Exactly Is ADHD?

ADHD is a neurological disorder characterized by inappropriate levels of inattention, over-activity, and impulsivity. Symptoms arise in early childhood but are not always identified correctly. Signs of inattention include:

Signs of hyperactivity and impulsivity include:

Detecting ADHD early can be enormously beneficial for the child. “The emotional insight and empowerment that comes with early detection of ADHD can transform a child’s world,” says Dr. Edward Hallowel, a Harvard-based psychiatrist who treats ADHD children and has authored many books on the subject.

Instead of facing a steady barrage of criticism that destroys self-worth, a child whose ADD is detected in the early grades is helped to learn about his special neurological challenges, and to master specific strategies to stay on top of them, he explains. Early intervention “can transform a victim into a victor.”

Ironically, the vast increase in ADD/ADHD diagnoses across the country has given rise to skepticism in some quarters about the disorder. Teachers who try to make parents aware of their child’s attention issues often encounter opposition. They find that some parents brush aside the suggestion that ADHD might be present, and are quick to put the onus on the teacher.

The child is “bored,” the parents argues, or lacking stimulation. “He has no problem concentrating at home. Perhaps if you made the lessons more interesting, he would pay better attention.”

This reaction underscores one of the key misconceptions about attention deficit disorder. An ADHD child often has no trouble focusing on an activity he or she finds enjoyable. One can find such children engaged in games, crafts or other projects in which they have natural skill or interest.

However, as soon as the subject matter becomes more abstract or requires sustained mental effort, the ADHD child typically loses interest. She begins to fidget and be disruptive, or to “space out.”

Parents who do not see their child in a classroom context obviously have no frame of reference with which to gauge attention issues, hyperactivity or impulsivity. Only when these behaviors are measured against those of his peers, and combined with a parent’s observations of behavior at home, can a valid diagnosis be made – and then only by a professional.

Since there is no blood test, x-ray or sonogram that can identify ADHD, a specialist arrives at a diagnosis through skilled interviewing of both the child, parents and teachers, as well as careful observation and weighing of data and anecdotal evidence over a period of time.

Current research shows that ADHD children are often socially immature. Their interactions with others often appear unfriendly, awkward, remote, abrasive, domineering or insensitive. They tend not to be able to read social cues and to be rebuffed by peers for inappropriate behavior.

“ADD children may become demoralized, believing they are little more than a nuisance,” notes an article in Eye on Education. “Feelings of low-self esteem begin to emerge. These children tend to compare themselves unfavorably with their siblings and peers. They may believe that their families are disappointed in them, and begin to feel unloved and unappreciated.”

Although medication has been used for years to improve control over behavior and to stimulate and increase attention, medication does not erase the negative feelings and low self-esteem. It does not reverse ingrained habits and behavior in ADHD children that tend to alienate their peers.

Many experts believe that helping ADHD children to rebuild self-esteem and to master social skills should accompany the use of medication. Only when ADHD kids can truly believe that they are important and worthwhile, and can exercise control over their lives, will they be able to succeed.

Current research shows that up to half of children with ADHD will continue to have difficulties with inattention, distractibility, and impulsivity for the rest of their lives. The best way to insure long-term success and compliance with treatment is to get ADHD children personally involved in the process early.

Medication is, of course, another viable option for many with ADHD. For many children, medications such as Ritalin can be extremely beneficial, allowing them to focus and concentrate for extended periods of time. There are also many instances in which medication is not necessary, but for most children with ADHD, medication is an important step on the road to success.

Classroom Modifications for ADD and ADHD

The following suggestions may be of help in the classroom for children with ADD.

Many people have found ADHD coaching a highly effective and more affordable alternative to counseling. An ADHD “coach” works with a child often on her own turf, to analyze what specifically is contributing to her social difficulties, and to generate behavioral strategies to improve social interactions.

8 Ways to Teach Your Children to Respect You

4 Parenting Skills You Can’t Live Without

The Pandemic, Anxiety, and the Jewish Home

Anger
Morality and Abortion: Three Views
There Are No Limits
Adam and Eve Were Vegan
Comments