People may be tempted to do many things, but refrain from doing them for fear of the consequences. For example, they may have the opportunity to enrich themselves dishonestly, but they refrain because they fear that the possible exposure of the crime may lead to heavy fines and/or imprisonment. The deterrent to this improper behavior is thus the fear of the punishment that may follow.

This deterrent effect is not unique to humans. A hungry jackal will not try to take a carcass from the possession of a tiger or lion, because it fears that it will be beaten or killed. Even animals will forego satisfying a bodily drive rather than risk punishment.

Human beings can go a step further. We can deny a bodily drive even without the threat of punishment. If we know that indulging a particular urge is not proper, we can refrain from doing so. Making moral free choices is thus distinctly and uniquely human, and this kind of behavior should give us the pride of being human.

Animals are slaves to their drives. Human beings are capable of making free choices and thus being masters over themselves.

Only when we are embarrassed to show our face before God for having done wrong, and when we are ashamed of behaving immorally, are we truly dignified human beings. 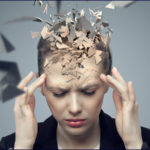 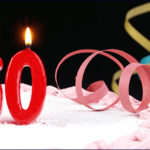