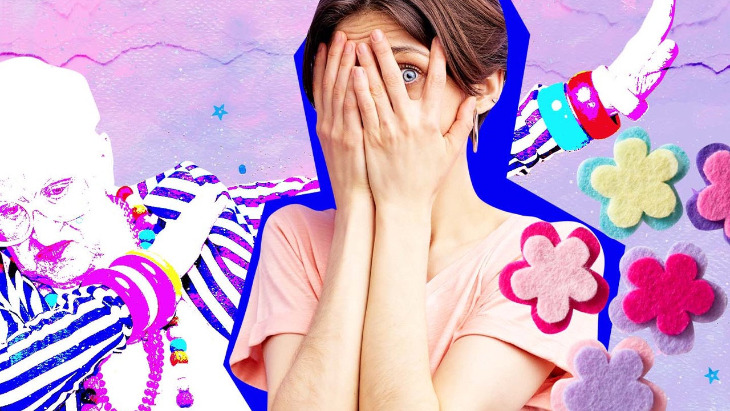 Be a different person tomorrow than you are today.

We recently posted on Instagram a multi-panel graphic that asks, “Why is it ever acceptable to stop growing?”

The premise is that children, as they develop, are expected to grow, but for some reason when they become adults, they become complacent, and for the most part, society accepts that as ok.

If a 10-year-old child still acted the way he did when he was five, that would be a cause for concern. But shouldn’t a person at 40 also be different than he was at 30? Living through 10 years of experiences should count for something. It should change you. Why is it acceptable to stop growing?

To me, the point seems obvious, but apparently, not everyone agrees. As one person asked:

What does acting like a 20 year old or 40 year old even mean? I think after humans get the basics up until 20 societal expectations make them behave “their age” which sometimes is just a miserable existence. “Acting your age” as a notion is just societal expectations and has nothing to do with growth as we’re all very different.

It’s a great question. The significance of certain birthdays, like 20 or 40, is somewhat random. Why, in the U.S., is an 18-year-old considered old enough to vote, but not old enough to drink? Is voting somehow less dangerous? Is a 21-year-old that much more mature? The numbers feel arbitrary. Is a 30-year-old’s life experiences that much different than someone at 25? Aren’t they basically the same people?

Every day is an opportunity to reflect: to think about your accomplishments, to understand where you went wrong, to internalize your experiences, and to grow.

The point our post is making is not that you should act your age, whatever that means, rather, it’s that you should always think about growth. You should be a different person tomorrow than you are today. Every day is an opportunity to reflect: to think about your accomplishments, to understand where you went wrong, to internalize your experiences, and to grow. Something happens every day – be it good, bad, or whatever – and those experiences are insights into who you are and what makes you tick.

If you’re living with that level of self-awareness, it’s impossible that you won’t make a few tweaks as the years go by. And that means – at least, in a practical sense – that by the time you hit 30, you’re going to be different from who you were at 25. It’s not a case of acting your age. It’s a case of growing each day, and regardless of what your age may be, each year should be a little different than the one before.

Although, maybe that’s not quite correct. According to the Talmud (Ethics of Our Fathers, 5:25), a 40-year-old, for example, is said to “have gained understanding,” and a 50-year-old has “reached an age where he can give advice.” The Talmud lists significant milestones for other ages as well – a 13-year-old is considered a “bar mitzvah,” and a 70-year-old is considered “old” (if you’re 70, I’m sorry, I didn’t write the Talmud) – which seems to indicate that birthdays are significant, or at least anything but random.

More than that, the types of things you experience as you get older change you whether you think about them or not. By the time you’re 50, maybe you’ve been married for many years, or watched your children grow up, or lost a parent, or struggled financially, or lived through an epochal historical event, or something – and probably multiple things – be they good or bad. The cumulative effect of those experiences changes you, too. They have to. You were forced to deal with them. If you’re 40, they’ve given you understanding. If you’re 50, you’ve internalized enough experiences that it’s natural to share your wisdom with others. That’s how it works.

But ultimately, I don’t think the ages listed in Talmud contradicts our first point. Significant events may change how you think, but there’s more to life than significant events. Most events are less significant, although being less significant doesn’t mean less important. How you process them not only impacts your growth, but impacts how you experience the bigger events as well.

Living with a sense of self-awareness will make you a different person at 30 than you were at 25. You’ll also hit milestones along the way. You’ll gain understanding at 40, and an ability to give advice at 50. That’s natural. What isn’t is the depth of your understanding, or the value of your advice.

That’s up to you.

Colliding with Dale Carnegie: How a Russian Learned to Love “How to Win Friends”

Faith in Times of Darkness

Apple to Apples: From Adam & Eve to Steve Jobs