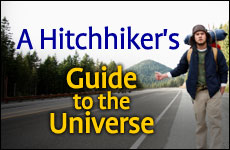 We are never traveling solo.

The November sun was failing when a weather beaten sedan pulled up beside me on an empty stretch of road in rural Louisiana. Three rough-looking, leather clad teenagers motioned me into the back seat, their faces twisted into predatory leers.

A hitchhiker lives by three immutable laws. One: never get into a car with more than two men. As long as one is driving, you have even odds against the other. Two: never hitch at night. If you're in trouble by day, you can always try to attract the attention of other motorists. In the dark, you're invisible. Three: always have a plan for finding a place to sleep.

Hoping to reach the home of a friend in Baton Rouge before nightfall, I had waved away the warnings that my previous driver had in letting me off, literally, in the middle of nowhere. Now, after having disregarded rule number three, I contemplated the wisdom of simultaneously violating rules one and two. But I didn’t contemplate for long. I climbed hastily into the car before sound judgment had a chance to assert itself.

Back in the 1960s, hitchhiking was the preferred form of travel among hippies and beatniks, with throngs of ne’er-do-wells lining onramps across America’s highways awaiting the next Volkswagen bus that would stop for all that could fit to pile inside. In the 1970s, hitchhiking was still common, although not as popular; by then the counterculture movement was in sharp decline, largely swept away by the tide of reality.

But this was 1984, and hitchhikers were a rare sight indeed. On one occasion, a polished black Celica GT cut across three lanes of traffic, honking wildly, driven by a well-tailored young professional who ordered me into the passenger seat and started berating me for doing something as foolhardy as hitchhiking. Another driver picked me up off Galveston Island and calmly informed me that more murders per capita were committed along that stretch of Texas highway than anywhere in the country.

More on that episode later.

Related Article: Not So Small Miracles

On another occasion, I woke up on a sun-drenched February morning in a Mississippi campground, determined to make my way to Brunswick, Georgia. There, fellow travelers had told me, I would find a youth hostel unlike any other, set amidst 20 wooded acres in a futuristic geodesic dome. It began as one of those magical days that hitchhikers live for, when ride begets ride as effortlessly as if some celestial travel agent had arranged a divinely guided itinerary. Four hundred and fifty miles of highway rolled away beneath my feet, until my luck ran out at dusk in Waycross, Georgia, a mere 60 miles from my destination.

I headed east out of Waycross on foot, my outstretched arm and thumb casting a long shadow before me. One pickup truck after another cruised by, each with plenty of room in the back, where I would have happily accepted passage from any driver not wanting to share his cab. But not one of them even slowed down. The sky turned from slate blue to charcoal gray to inky black, and still I walked along, my thumb pointing impotently forward.

Sprawling ranch houses lined the highway, each a hundred feet back from the road, their front yards thick with pine needles and sheltered on all sides. With dimming hopes of finding either a ride or a motel, I began toying with the idea of rolling out my sleeping bag on one of those ample properties and slipping away at first light, leaving the owners none the wiser. This time, however, it was the more prudent voice that prevailed, warning me against giving trespass in the Deep South and urging me to keep walking onward.

In the end, when it became unmistakably clear that I would have to rest, I steeled myself for the inevitable, chose a house at random, and marched up the long driveway with false self-assurance. I knocked on the door, not too soft, not too loudly. After a moment, the door swung open and a middle-aged man peered out at me with an unreadable expression on his face.

The evening was going to turn out better than I could have imagined, as long as my host wasn’t a serial killer.

“I was trying to hitchhike to Brunswick,” I said, reciting the speech I had practiced while making up my mind what to do. A destination always implies credibility. People don’t like drifters, but they may be inclined to tolerate travelers.

“I couldn’t get a ride before nightfall,” I continued, “and I wonder if I could roll out my sleeping bag on your property and be gone first thing in the morning.”

Just the right tone, I thought. Simple, to the point, asking for as little as possible.

The man peered at me for several long moments before answering. “Well,” he said at last, “that’d be alright. But we have a guest house out back. You’re welcome to stay there if you like.”

“That’s very nice of you,” I replied, not quite sure that I believed my good fortune. The evening was going to turn out better than I could have imagined, as long as my host wasn’t a serial killer.

He took me through the house, picked a set of keys off a hook by the back door, and led me back outside. “It’s a good thing you didn’t go to one of my neighbors,” he said as he unlocked the guest house and showed me in. “On this side” – he cocked his head one way – “there’s an old lady who’s scared of strangers. She’s kind of jumpy; keeps a shotgun by the door. On this side” – he cocked his head the other way – “fella has a couple of dogs that attack anything that moves.

“Help yourself to anything in the fridge,” he said as he turned to go.

“Thanks, again,” I said faintly.

The world is a dangerous place. We tend to walk through life like Mr. Magoo, the myopic cartoon character who goes about his business refusing to admit his near-sightedness and oblivious to the fatal dangers that consistently miss him by a hair’s breadth. We curse the traffic signal that turns red a moment too soon, unaware of the cement mixer that would have broadsided us two blocks ahead had we made the light. We damn the boss who denies us the promotion we so obviously deserve, ignorant that the position was soon to be eliminated in a corporate buy-out. We lament the rejection letter from the college of our choice, unable to imagine that a lab partner at our second-choice school will end up becoming our spouse of 50 years.

For all the apparent randomness of fate, the circumstances we encounter are anything but random. They are arranged and orchestrated by the guiding hand of Providence to lead us onward, each according to his own unique destiny. Instead of Mr. Magoo, we ought to see ourselves more like travelers hitchhiking across the expanse of space and time, carried along by any available transport from one transformational encounter to next. Despite the illusion that we are squarely in the driver’s seat, in truth we have little control over our destinations. The principle of free choice does not imply that we are masters of our destiny; rather, it describes our capacity to seek out the lessons that can be learned upon each ride and within each terminal, choosing how we respond to the situations that are prepared for us.

And what of the three leather boys that picked me in Louisiana?

They were on their way to a Scorpions concert. Apologizing that they didn’t have time to take me to my friend’s address, they dropped me by a payphone where I could call to get picked up. I couldn’t have hoped to get a ride with three nicer guys. 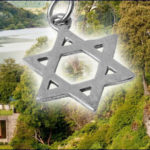 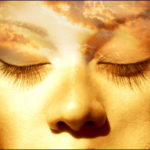 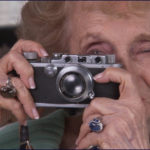 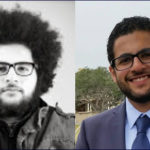 From Egyptian Muslim to Defender of Israel5 min read