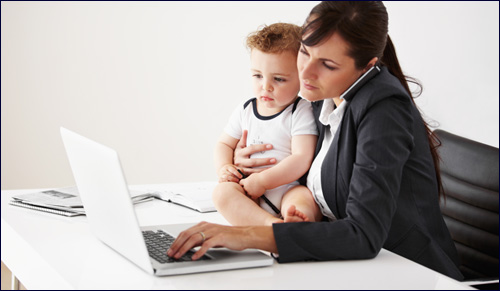 Brenda Barnes, the first female CEO of PepsiCo who ignited a firestorm by resigning to spend more time with her family, died last week.

Twenty years ago, Brenda Barnes, who died recently, ignited a firestorm of public debate with her decision to step down as CEO of PepsiCo’s $7.7 billion North American division. She said at the time, “Every time you would miss a child’s birthday, or a school concert or a parent-teacher discussion, you’d feel the tug.”

The year was 1997, Ms. Barnes was 43 years old, and her children were seven, eight and ten years old. As a high-level executive, Ms. Barnes was missing many of the milestones that marked her kids’ days. She often set her alarm clock for 3:30 AM so she could get in a few hours of work before taking her kids to school. Then she’d work late into the night many days. “You wished you were there… but due to the accountability and responsibility to your work, you could not be there,” she explained at the time.

Ms. Barnes’ very public decision stoked simmering debates about women’s roles in the workplace, with some hailing her decision to put her family first, and others complaining her decision might harm the way female executives were seen. On the Today Show, Katie Couric acknowledged, “Obviously we’re all torn” between work and family, but feared that Ms. Barnes’ decision would make it harder for women to be taken seriously. “On the other hand, some working women are saying, ‘Thanks a lot, Brenda…’” 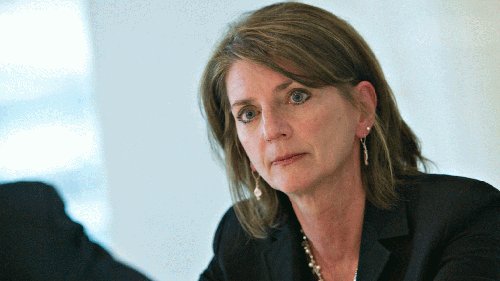 The Barnes family moved from Connecticut to suburban Chicago, where Brenda grew up. Ms. Barnes didn’t stop working entirely; she served on a number of committees, and in 2004, once her children were in high school, re-entered corporate America, this time as CEO of Sarah Lee. But for several crucial years Ms. Barnes was able to be there for her kids when they needed her most.

“She really was just the perfect mom,” said her daughter Erin Barnes. “Family is what she lived for.”

When Brenda suffered a debilitating stroke in 2010, her daughter Erin moved home for a year and devoted herself to helping her mother recover.

When Brenda suffered a debilitating stroke in 2010, her daughter Erin had just graduated from college and was about to start a corporate job of her own. Having learned from her mom the importance of putting family first, Erin quit her new job within a few weeks, moved home for a year and devoted herself to helping her mother recover. “My mom left Pepsi when I was nine to be home with us,” Erin explained. “Now my mom needed me. It was an easy decision to make.”

Not everyone has the financial means to quit work in order to devote ourselves full-time to family. But we each are faced with the choice every day whether to prioritize family, whether to make an extra effort to carve out more time to focus on what is truly important in our lives.

Back when Brenda Barnes first made her headline-grabbing decision, most of my friends and I were embarking on our careers and were excited to focus on work above all. But over a few years things had changed dramatically for many of us. Some of my friends left work entirely for a time; others made compromises that allowed them to spend more time with their families.

I expected to take a few weeks off for maternity leave and then return to work. Then I gave birth to my son.

An old friend from graduate school who had a high-level government job and was frequently in the news turned down a promotion. “I’m so busy, and all I really want to do is go home in time to see my kids before they go to bed.” She wanted to spend more time with her young sons.

When I was pregnant with my first child, I worked in a high-pressure job that I loved. Stimulating and exciting, it also demanded frequent evenings and weekends spent in the office. I expected to take a few weeks off for maternity leave and then return to work. As an educated, ambitious woman, I couldn’t imagine anything else. Then I gave birth to my son. As soon as I picked him up and held him close, all my certainties about combining work and family life melted away. The office I’d so loved suddenly seemed like a distraction from this profound new focus of my life.

After weeks of calculating, my husband and I decided I’d stay home for a while with our new baby and, later, our other young children. I couldn’t imagine anything more important to do with my time. Occasionally, I wonder where I’d be professionally if I never scaled back and how our financial situation would have been much easier.

But our family has been enriched in other, less quantifiable ways instead. It’s hard to assign a dollar value to watching school presentations and playing board games all afternoon with your kids. But looking back, these moments are some of the most precious times we’ve spent together as a family.

As a Woman, Finding My Voice

Rocking My Crown: Highs and Lows of Covering My Hair

Too Modest for TV?

How a Jewish Mother Smashed the Glass Ceiling at a Prestigious Wall Street Law Firm
Scientific Curiosity and the Divine Encounter
Mind Over Milkshakes
Love the Convert
Comments
MOST POPULAR IN Current Issues
Our privacy policy
Aish.com Is Looking for Great Writers